Committed Timmy is praised for his loyal service 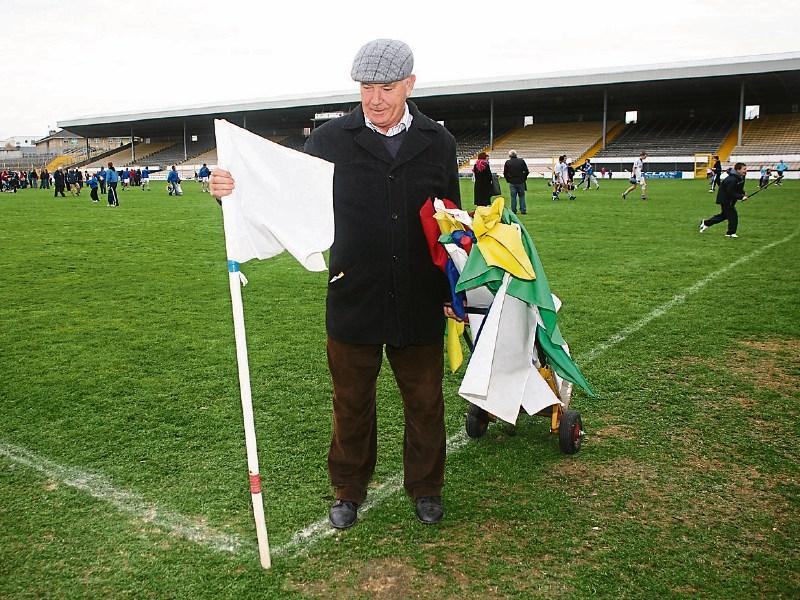 The man who has given nearly two decades of loyal and faithful service to the County Board was thanked for his efforts.

“He lavished attention on the place,” said County Board chairman, Ned Quinn, when leading the tributes to a man who had a warm smile and friendly handshake for all comers.

“He was here virtually every hour of the day,” the chairman continued.

“Often on match days, and not necessarily in the best of weather, he was here at eight in the morning and he wouldn’t leave until maybe 8 in the evening.

“He made an enormous contribution to the development of things in the ’Park. We will miss him around the place, and we wish him and his family well.”

Timmy’s three sons, Dermot, Kevin and Niall are all very involved in the GAA. Dermot was a member of the Kilkenny senior squad for a couple of seasons.

The new head groundsman at Nowlan Park and at the MW Hire training centre in Dunmore is sports pitch consultant, John Coogan, whose previous appointments included working at Castlecomer golf club and the K Club.

The new caretaker at Nowlan Park is Kevin McGarry, who has filled various role with the GAA locally in recent years.

Kilkenny’s involvement in the British junior football championship is under review.

The Cats won the championship last season, but their bid to retain the title fell short this season.

Kilkenny were allowed enter the British championship when they opted out of the National League because they felt they were un able to compete at a decent level.

The involvement was agreed for three seasons following an initiative promoted by then GAA President Liam O’Neill.

The Cats won the title once (2015), and earned entry to the All-Ireland junior football championship proper at the semi-final stage. However, they were beaten there by Mayo.

Kilkenny play all their games away in different parts of England and Scotland. They are hoping to be allowed continue to play in the championship.

“Everyone did well out it,” was the summary of County Board chairman, Ned Quinn, when the Rod Stewart concert at Nowlan Park received honourable mention at the monthly meeting of the ’Board.

“It was a great success, and a great success for Kilkenny in general too,” the chairman felt. “Kilkenny enjoyed one of the busiest business days in a long time on concert day.”

He told delegates that damage was done to the pitch in front of the country end goal, but that was being attended to. All expenses would be borne by the concert promoters, Aiken Promotions.

“Aikens are a very honourable company to work with,” the chairman assured. “We will have more concerts in the ’Park, but when we don’t know.”

He said there were lessons for the ’Board to learn from the concerts on how the needs of patrons were attended to when they were in Nowlan Park.

“It was nice to watch the way the professionals did things, and we will use some of their ideas for the staging of big games,” he insisted.

THANKS TIMMY - Happy at his work was Timmy Grogan, who served as groundsman at Nowlan Park for nearly two decades. He retired recently and he was praised for his commitment by County Board chairman, Ned Quinn.  Photo: Eoin Hennessy