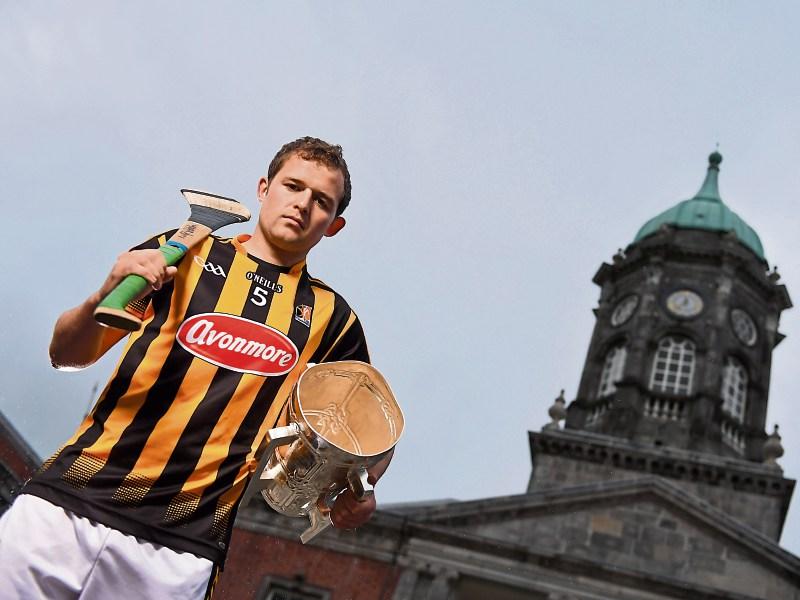 It’s rare that you’ll see a slip from Padraig Walsh.

But when the Tullaroan man is asked what it means to win another Leinster medal against Galway, he can be forgiven for an initial oversight.

“It means a lot to me because it’s only my second one… third one actually,” a smiling Walsh corrects himself.

When you think back on it, the younger brother of Tommy has been pivotal in winning every senior final he’s started for the county.

He picked off a couple of points after starting midfield in the epic extra-time win over Tipperary in the 2014 league final, and scored likewise from wing-forward against Dublin in that year’s Leinster final.

Walsh then regained his starting spot for the All-Ireland final replay against Tipp and gave a powerful display in defence when man-marking Noel McGrath.

The sure-footed nature of his displays on big days was confirmed in 2015 with rock solid showings against Galway when both the Delaney and Liam McCarthy Cups were on offer.

So it was little surprise that his third Leinster title came after another convincing 70 minutes - albeit the Cats again had to play catch-up on the Tribe before pulling clear.

“We weren’t happy with ourselves, you know we were definitely worried,” says Padraig at the launch of the All-Ireland series. “We didn’t plan on having it go the same way as the All-Ireland (last September) went, I know it went similar.

“But it wasn’t something we were planning to do and we were a bit worried.

“Lucky enough we got the (Jonjo Farrell) goal at a very important stage because Galway were still going well in the first ten minutes of the second half and it was a big goal for us and it helped drive us on.”

What drove Padraig on long before he pulled on a senior shirt for Kilkenny was his elder brother, Tommy, who used to bring championship silverware into his school.

They hurl with a similar style but there’s still plenty of catching up to do on the 33-year-old who counts ten Leinsters, nine Celtic Crosses, seven leagues and nine All Stars among his collection.

“Definitely yeah, just seeing it so close to home,” says the 24-year-old of emulating that success.

“We had a few lads from home that hurled with Kilkenny and seeing them coming into the primary schools with cups, it does really drive you on and it’s something you want to do yourself.

“So it’s still very important for us to win Leinster because we knew what it’s like not to win it as well.”

As is so often the case, Brian Cody’s side didn’t panic when the scoreboard was against them. Of course, it didn’t hurt that 2014 Hurler of the Year Richie Hogan was able to come on at full-forward after the interval.

As the Danesfort cavalry waved and weaved his timber wand to score five points from play, Kilkenny again hoisted the cup as Galway raised the white flag.

“Richie (Hogan) was absolutely flying it and it was great to see him come on and do that,” says Walsh, whose team-mate was returning from a broken hand.

“To be honest, he didn’t really have a whole lot of hurling done, pucking around and stuff. He was obviously doing a good bit himself because he looked very sharp when he came on.”

“I’d say it’s just we have a belief that we can always win a game,” he says of Kilkenny’s latest comeback win.

“A few years ago (2014) we were beating Galway by eight points and they brought us back in the space of ten minutes, so hurling is just a funny game like that.

Walsh, Kieran Joyce and Cillian Buckley comprise arguably the best half-back line in the country and are expected to line out in the All-Ireland semi-final on August 7 at Croke Park.

“I’m not sure about that now because there’s a lot of competition for backs in there, we’ve had a few good young lads come in in the last year or two,” he smiles.

“They’re really pushing hard for places and that’s really keeping us on our toes and it’s a long time now until the next game.

“We’ve four or five weeks now until the next game and places are up for grabs, lads are going to be mad to get a place.

“The likes of Jackie Tyrrell and Shane Pender (Prendergast) there; Shane Pender played a club game there at the weekend so he’ll be mad to get in some there’ll be a lot of competition.”

KING OF THE CASTLE - Kilkenny hurler Padraig Walsh kept a tight grip on the Liam MacCarthy Cup during the launch of the GAA Hurling All-Ireland Series Launch at Dublin Castle. With a keen belief that they can always win a game, the Cats will be determined to hold on to their title when the semi-finals roll around in August. Photo: Stephen McCarthy/Sportsfile