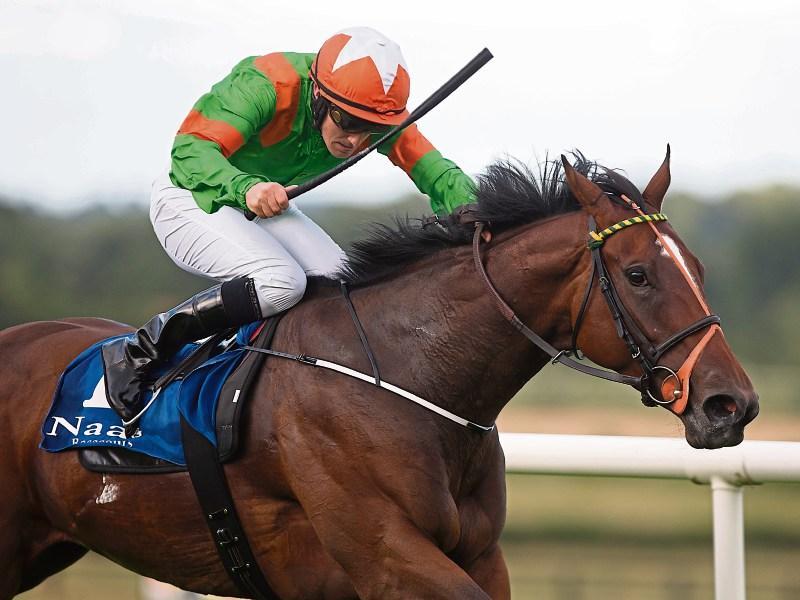 Queen Alphabet ran out one of the easiest winners of the day as she landed the 12f handicap for Peter Fahey and Jack Kennedy at Gowran Park on Saturday.

The 7/2 joint-favourite was quickly in front and made the best of her way home to record a six-length success for the Monasterevin trainer.

Only three horses went to post for the median auction race, where victory went to 2/1 chance Tonkinese who made all the running under Shane Foley to beat 2/5 favourite Radiantly.

Favourite backers enjoyed better fortune when 5/4 shot Uninhibited made no mistake in the fillies’ maiden for Charles O’Brien and Declan McDonogh.

Doneraile-based Con O’Keeffe saddled 16/1 chance Nicaragua to win the apprentice handicap under Ana O’Brien while Masonbrook Lady took the 12f handicap at odds of 7/1 for Denis Hogan and Gary Halpin.

Paul Kiely landed his first success in the training ranks when Inchiquin High won the bumper at Wexford on Friday night.

Owned by his father Richard and ridden by his brother Richie, the gambled-on 11/10 favourite led well over a furlong from home and ran out an easy winner.

On what was a good night for punters, the meeting had started with a win for 15/8 favourite Runyon Rattler, trained by Philip Rothwell and ridden by Andrew Ring, in the 2m maiden hurdle.

Tellthemnuttin, trained locally by Willie Codd, ran out a good winner of the 2m4f handicap hurdle at odds of 100/30 in the hands of Dylan Robinson while 9/2 joint-favourite Carole Rose took the beginners’ chase for Mouse Morris and Mark Enright.

An even better fancied winner was 9/4 favourite King’s Wharf who easily landed the opportunity handicap chase for Willie Mullins and Niall Kelly.

The Rite Article, a 6/1 shot, took the opening division of the 3m handicap hurdle for Monasterevin-based Jarlath Fahey and Ian McCarthy while the second leg of the same race went to the John Kiely-trained Definite Income who was ridden by Brian Hayes. At 14/1, Income was easily the longest-priced winner of the evening.

As De Pique scored a cosy victory in the 3m1f handicap chase for Navan trainer Gavin Cromwell. The 5/1 winner was ridden by Brien Kane.

Stellar Mass added to his success in the valuable Ulster Derby and his fine third-placing in the Irish Derby at the Curragh late last month when winning the Listed Her Majesty’s Plate Stakes at Down Royal on Friday.

Kevin Manning partnered Jim Bolger’s 4/9 favourite as he beat Benkei by a length and a quarter and there are no shortage of opportunities in the immediate future for the talented son of Sea The Stars.

Bolger and Manning bagged a second winner as 14/1 shot Brontide came from last to first in the 10f handicap. At a much bigger price, 50/1 shot Noble Dancer took the 5f conditions’ race when getting up in the shadow of the post to beat evens favourite Giselle’s Charm for Meath trainer Keith Clarke and Robbie Downey.

Over the same distance, 4/1 joint-favourite Catwilldo won the handicap for Dublin trainer Garvan Donnelly and Killian Leonard while Dancing Waves took the 7f auction maiden for Ger Lyons and Colin Keane at an identical price.

The evening finished well for favourite backers as 15/8 shot The Yellow Bus saw off Sufoof to win the fillies’ maiden for David Wachman and Wayne Lordan while 3/1 favourite Three Bells landed his second success in three days for Slane-based Pat Downey and Gary Carroll when winning the 7f handicap.

Aidan O’Brien and Ryan Moore were certainly the men to follow at Leopardstown on Thursday where they combined for a treble.

They made a winning start to the session as 9/10 favourite Douglas Macarthur won the 8f maiden and went on to land both Group 3s.

Sent off a 4/6 favourite, Promise To Be True impressed when successful in the Jockey Club Of Turkey Silver Flash Stakes but Churchill, a 2/5 favourite, had to pull out all the stops to see off Alexios Komnenos to land the Japan Racing Association Tyros Stakes.

Curragh handler Johnny Murtagh is flying and his Windsor Beach ran out the ready winner of the apprentice handicap under Denis Linehan at odds of 2/1 favourite.

Another Curragh trainer, Michael Halford, was on the mark with 4/1 chance Kadra who won the 7f handicap under Shane Foley while the bookmakers finally got a result as 25/1 outsider Tara Dylan took the 14f handicap for Tom Mullins and Gary Carroll.

However, Jim Bolger had punters smiling as they headed for home as 11/8 favourite Siamsaiocht comfortably took the 10f rated race in the hands of Kevin Manning.

Rathkeale trainer Eric McNamara is very much off the cold list after a double at his local course at Limerick on Thursday.

He struck in the 2m2f handicap hurdle with the Jack Kennedy-ridden 7/1 shot Italian Riviera and followed up straight away when Finny Maguire partnered Irish Bulletin to win the amateur riders’ handicap hurdle at odds of 5/1.

Kennedy had earlier won the 2m4f maiden hurdle on the Gordon Elliott-trained 2/5 favourite Kashimiri Sunset. The successful trainer completed a double of his own when newcomer An Caisteal Nuadh, a very well supported 2/1 favourite, landed the bumper in the hands of Nina Carberry.

Jessica Harrington and Paddy Kennedy took the mares’ novice hurdle with 11/8 favourite Msmilan and another winning market leader was Thanks For Tea who took the beginners’ chase under Paul Townend at odds of 9/10.

The gambled-on 13/8 favourite was allowed an easy lead and made all the running to beat the only three-year-old in the field, Wings Of Desire. The result gave O’Brien his fourth success in the race.

While Aidan O'Brien dominates the St Leger at Doncaster in September with 16 entries, a notable absentee from the race is set to be Dermot Weld’s dual Derby winner Harzand who appears to have the Prix de l’Arc de Triomphe as his main autumn target.

US Army Ranger and Idaho head O’Brien’s bumper entry and the champion trainer’s son Joseph could have his first Classic runner with the much improved Arya Tara a possible representative for the former jockey, who won the race in 2013 on his father’s Leading Light.

Only two other Irish trainers have made entries, with Jim Bolger’s Twilight Payment and the Pat Shanahan-trained The Tartan Spartan among the initial 42 acceptors.