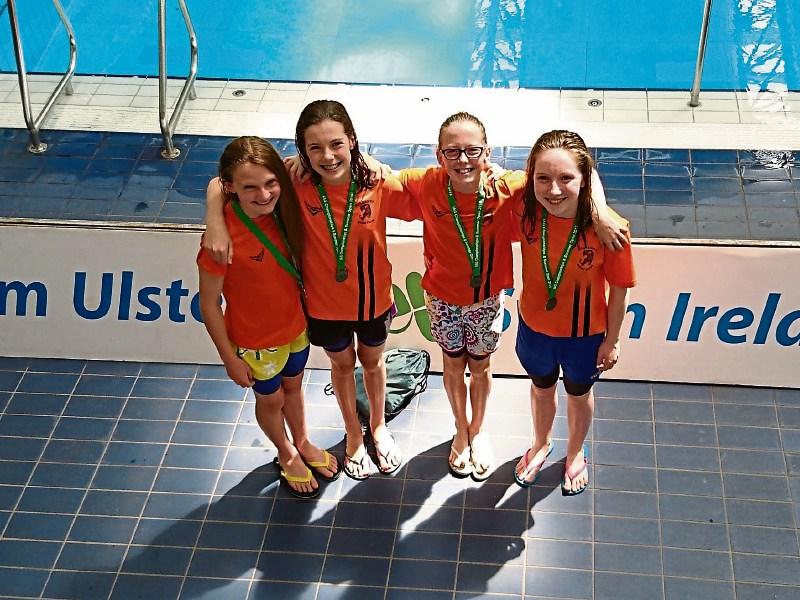 The Girls 14 and Under Relay team of Naomi Trait, Rachel Vaughan and Maria and Eleanor Godden won bronze medals in both the 400m Freestyle Relay and 200m Medley Relay. Held over five days the competition pitted the locals against the best swimmers from all over Ireland.

In all Kilkenny had 16 qualifiers under the guidance of their Head Coach, John Duffy to crown a great season for the club.

All the team recorded personal bests in their qualifying events with Naomi Trait qualifying for several finals despite competing at the lower end of her age group.

Naomi Trait and Sean Scannell are now heading to Sheffield, UK with the Leinster Team in the British ASA Swimming Championships next week, before Maria Godden and Sean Scannell travel to the same location at the beginning of September to represent Ireland in the 2016 Schools Games.