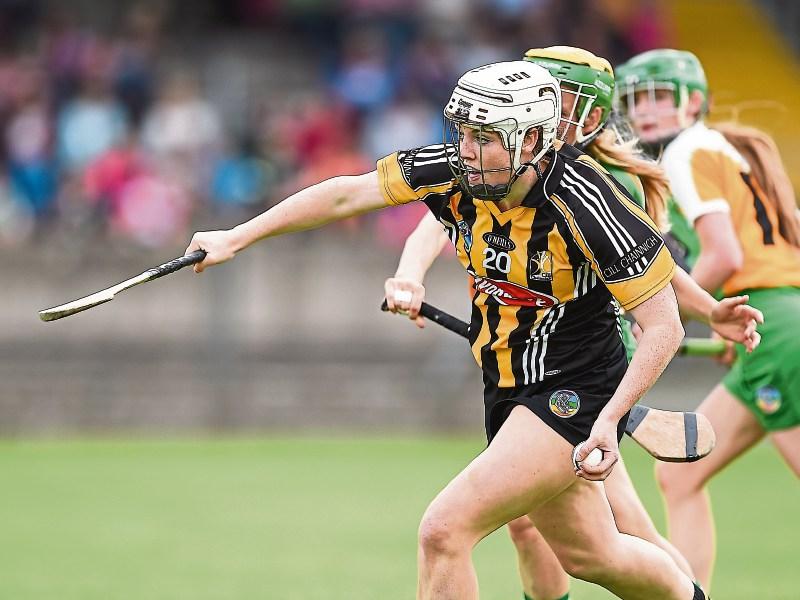 A lightning-fast start helped the Kilkenny senior camogie team roar into the All-Ireland semi-finals and set up another meeting with Galway.

The Cats were quick off the mark, building up a swift lead which Offaly found too much to break down in Nenagh on Saturday.

Kilkenny started the game brilliantly, racing into a 1-4 to 0-0 lead inside nine minutes. Julieann Malone gave the victors the perfect start inside 60 seconds when she latched on to a Michelle Quilty pass and fired home from 14 metres. Miriam Walsh and Anna Farrell followed up with a point apiece before Walsh, who finished as Player of the Match, nabbed her second point of the contest on eight minutes. Michelle Quilty kept the run going, scoring her first point from 21 metres to open up a seven-point gap with nine minutes played.

Michaela Morkan stopped the rot for Offaly, converting a 35 metre free, but Kilkenny responded with three points on the spin. Shelly Farrell started the run before Denise Gaule got involved, picking off two well-taken points from long range to make it 1-7 to 0-1 as the game moved into the second quarter.

Offaly rallied after that, Arlene Watkins shooting an excellent point before Siobhan Flannery landed a massive point from half-way to eat into Kilkenny’s lead (1-7 to 0-3. The Kilkenny response was to hit back at the double with two Denise Gaule frees.

Michaela Morkan and Michelle Quilty traded scores as the game began to open up. Offaly drove on, Siobhan Flannery (free) and Linda Sullivan shaving two more points off the deficit. Denise Gaule responded with another free for Kilkenny, who nearly bagged a second goal a minute from half-time. Picking up possession 30 metres from goal, Shelly Farrell cut her way through the Offaly rearguard, but her shot was brilliantly saved before Offaly cleared their lines.

Kilkenny hit the ground running after the restart, quickly shooting two points on the spin through Michelle Quilty and Katie Power, the latter coming from a Julieann Malone pass.

Michaela Morkan replied for the Faithful, shooting three points in a matter of minutes but Denise Gaule broke the flow with a vital score that checked Offaly’s stride.

The gap was still eight point (1-14 to 0-9) but Kilkenny were determined to put the game to bed. With Julieann Malone and Michelle Quilty to the fore the Cats swelled their advantage into double figures (1-16 to 0-9) with little over 10 minutes left to play.

Offaly, to their credit, refused to buckle, but were chasing a lost cause. Michaela Morkan fired over a free, but that was swiftly cancelled out by Miriam Walsh’s third point of the contest. Tina Hannon did pull another point back for Offaly, but minor scores from sub Aisling Dunphy and Meighan Farrell helped Kilkenny close out the contest. Offaly didn’t even have the consolation of adding a goal to their tally. They were awarded a penalty in injury-time, but Michaela Morkan’s effort was saved.

Saturday’s victory has now set up an All-Ireland semi-final with Galway on August 13. The game, which will be played in Nowlan Park as part of a double header with the Cork-Wexford clash, will be the third time the teams have faced each other this season.

At present the series is tied with one win apiece. Kilkenny took the spoils in the league final in May but Galway got their own back a fortnight ago when they beat the Cats in the All-Ireland groups stages. Whatever the outcome, a thriller is in store!

In other camogie news the under-14 inter-county blitz was held on Sunday and proved to be a big success. Nineteen teams from North and South competed, with Kilkenny claiming three of the four titles on offer.