Intermediates will relish the chance to lower the Banner! 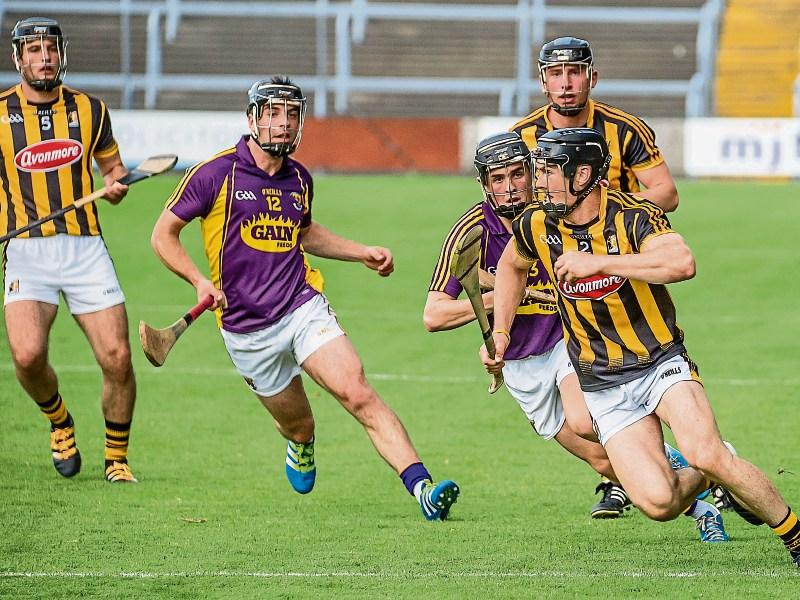 When it comes to Kilkenny and hurling, no matter what the competition the lure of an All-Ireland title is as great as ever.

While they might have had a short season, the chance to end their year as champions will drive on Pat O’Grady’s Cats when they tackle Clare.

Kilkenny make the trip to Thurles for Saturday’s showdown (throw-in 6pm) but know they will have tough task ahead of them as they look to win a first intermediate crown in six years.

“The game can’t come round quick enough, but we know what’s ahead of us,” O’Grady told the ’People. “Clare have come through some tough competition in Munster. They’re a seasoned side and with Donal Moloney in charge, a man who has been over three under-21 All-Ireland winning sides.

“Together with Seanie McMahon they have serious experience and have put together a very good team,” he added. “They had to come through extra-time in the Munster final (they beat Limerick by 1-26 to 2-18) to get to here. They’ve been battered and bruised but battle-hardened. They’ll be ready for anything Kilkenny can throw at them.”

Forewarned is forearmed, but Kilkenny will also be looking to arrest a recent trend of coming up second best to the Bannermen.

“Most recently they beat Kilkenny in the League semi-final,” he added. “It’s going to be a huge challenge for us to stop that running game they play. We wouldn’t have much experience in doing that - Wexford played an orthodox 15 against 15 - so it will be interesting to see how we cope with that.”

Make no mistake about it, Kilkenny know that Clare are a serious outfit.

“Usually the intermediate side is made up of players who have just gone over the under-21 grade,” the manager said. “Clare have won three under-21 titles in the last few years so they would lots of players coming through with the experience of top games and, if they haven’t gone on to play senior, would be very close to doing so. You’d expect to see a lot of these guys step up to the mark at senior level over the next few years.”

O’Grady knows his side have a big job ahead, but they won’t be going to Semple Stadium just to make up the numbers.

“It’s a difficult task we’re facing, but that’s not to say we’re not thinking about going up to win an All-Ireland,” he said. “We’ll give it hell in Thurles. Hopefully we can give the senior side a boost for Sunday.”

A win for the intermediates could be the first leg of a great weekend for Kilkenny hurling teams, but would also provide a tonic for some of the younger players involved with the intermediates.

“It would help some of the younger lads who were involved with the under-21s get over the disappointment they had in their defeat to Westmeath,” O’Grady offered. “You could see it after our Leinster final in Wexford - it was the first time some of them had won a game at that adult level.

“There was relief on their faces after that win,” he said. “They knew they were good enough; they just needed to get than win under their belts. I think it will bring them on a ton the next day.”

The Cats couldn’t have asked for a better test than was provided by Wexford in the Leinster final. To beat a local rival in front of a partisan crowd was one thing; to do it in the manner they did was something else.

Character to Come Back

“It just showed that this team is able to play hurling,” he said. “To have the character needed to come back from six points down with a quarter of the game to play was something else. When Liam Dunne (Wexford manager) came into the dressing-room after the game he said ‘what is it about Kilkenny - ye are just never beaten’. That was heartening to hear - the lads would have appreciated it.”

Spirits are high in the Kilkenny camp as preparations continue for Saturday’s game.

“It’s a different animal when you’re training for an All-Ireland final as opposed to any other game,” said O’Grady. “The lads are really well up for this game, with huge positivity in the camp. I couldn’t ask for any more from them - they’ve given us everything.”

However, there could be some anxious moments for the Cats ahead of the weekend, with several injury worries in the camp.

The trio of Liam Ryan (Clara), Rory Hickey (Lisdowney) and Luke Harney (Kilmacow) are in a race to be fit, three players who O’Grady admitted would have been in the management team’s plans for their squad of 24.

As well as those injuries - which means the Cats won’t name a panel until closer to game-time - Kilkenny are also waiting on the fitness of captain Nicky Cleere. The Bennettsbridge man was forced off with a broken finger in the first half of the Leinster final. He also received several stitches from the knock, which were only removed last week.

“Nicky is doing his best to come back,” said O’Grady. “With training ongoing he still has time to make the game. He is naturally fit, but the movement in his finger will be the concern. He is our captain and we’d love to have him togged out, but he’ll still play his part in the dressing-room if he can’t play.”

However, with those worries comes a positive. Now is the chance for other players to step up to the mark.

“We saw that in Wexford Park,” the manager said of the competition for places. “When five lads got a chance to come in they didn’t weaken the team.

“You need a bench, and we’ll need 20 players to win an All-Ireland. There are players waiting in the wings who are as good as the lads who will start and, if they’re called upon, I know they’ll be delighted to show they’re good enough.”