Semi-finals and the intensity of the championship begins to rise 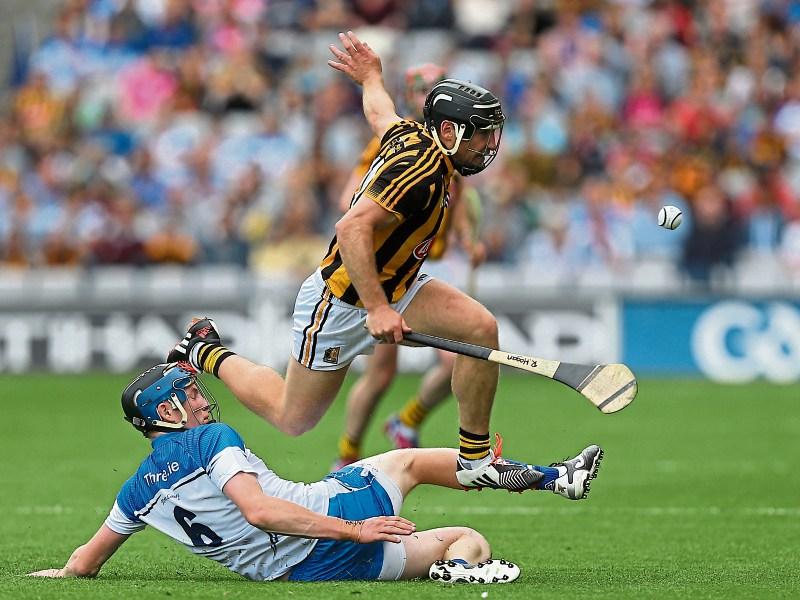 It might be over a month since their last championship action, but these last few weeks have been a very exciting time for the Kilkenny senior hurlers.

Even though the championship started a while ago, it’s the weeks after the Leinster final when you find the intensity rises. Brian Cody, the selectors and the players all up their levels.

The team is geared to peak at the right time of year which, I feel, helps them make All-Ireland semi-finals and finals.

Kilkenny have perfected the way they maximise their efforts in that five-week break following the Leinster final - they have it down a tee. The club games are vital as they give players the chance to get a breather, to come out of the bubble that is the inter-county scene.

After the club games the players know they have three hard weeks of training and then a week to wind down. It’s all about keeping your body right, keeping fresh ahead of the game.

Mick Dempsey has everyone prepared well ahead of the semi-final, with everything tailored towards the matches. Training might only have 25 minutes of hurling in it. Players are left thinking ‘I’d love another 10, 15 minutes of that’ which is a great place to be - it keeps them hungry, which is reflected in the performance on the big day. The hunger and tenacity of the team, they just go through barriers to win.

Other teams seem to struggle with that break, arguing that there should be an additional game in-between provincial finals and the semi-final. I’m all for extra games - it would certainly make the championship more interesting. As it is everyone in Kilkenny wants to play more matches but Kilkenny seem to have that five-week break down to a tee.

People say Kilkenny seem to peak at the right time, but it’s more of a mental thing than physical. In my time the training matches were huge, as was the preparation that went into them - they were like championship club matches. It would be hell for leather, 15 on 15. Towards the end of my career you’d have the B team beating the A team. That was a great sign, as it showed the pick you had from the panel. There’s always a place up for grabs.

Talking about the team, I think Richie Hogan is going to start on Sunday, while Shane Prendergast is also in with a shout.

It’s good to play with a settled team - they get to know each other and how they play, especially for backs. Kilkenny have options on the bench too; the experience of Jackie Tyrrell is one, while John Power came on and did well against Galway.

There’ll have been one or two others who have shown well in training. They’re guys who will be busting for a place. They might not start but they’ll be in with a shout of coming on. I’ve heard training has been flying the last few weeks - the mood is good and everyone is positive.

The players are in a good place and, from their point of view, they know they are one step away from an All-Ireland final. That’s where you want to be. That’s the be-all and end-all of the game. There’s nothing like hurling in an All-Ireland final, but Kilkenny can’t take their eye off Sunday’s game against a very good Waterford team first.

That Munster final loss to Tipp will have been a very heavy knock to Waterford. Even though they might think it was just one of those days I think it was a psychological blow to the team and the system they play.

If the game is in the melting pot this Sunday and Waterford’s backs are to the wall that heavy defeat to Tipp could come into the backs of their minds. Tipp are playing the same way as Kilkenny - they use the direct route. They hit the full-forward line with high ball, something Waterford couldn’t cope with. That’s just what Kilkenny did in last year’s All-Ireland semi-final - one of those attacks fell just right for T.J. Reid, who got a goal that broke the back of the game.

Kilkenny have come up against every strategy over the last few years. When I played we had Dublin and their third midfielder, man-marking Tipp sides and Waterford’s sweeper system. Kilkenny have dealt with them all - they’re shrewd enough.

They will have discussed Waterford and their style, but Kilkenny will play their own direct game. They’ll try to get the big name players on the ball, but you need them to perform, as that’s what gets you through the tough games. If Waterford aren’t able to cope with that there’ll be goals there for Kilkenny.

Waterford looked a little lethargic against Wexford. All the media scrutiny about their systems, how they play and that defeat in the Munster final has, I feel, had an effect on them.

All those long range scoring attempts will have to go over too. Wides like that can hurt a team, can really bring them down.

We’ve all played on teams where if the ball goes over your head and wide it’s frustrating. I don’t mind half-backs having a go once in a while, but 19 wides - especially at this level - is unforgivable.

Maybe there are no other options - either there’s no-one in there or people are being double-marked - but if those shots aren’t going over it can bring a team down. Confidence drops and you’re putting the ball back into the hands of the opposition.

It’s very demoralising for any corner-forward to see a ball flying over your head and going wide. The likes of Austin Gleeson, super hurler that he is, is trying to do too much on his own. He had a number of wides in the game against Wexford where, after one or two, the safer option would have been to let the ball into the danger area.

That’s something Waterford have lacked at times. If they can improve on that the crowd will really get behind the team. Waterford are a side who thrive on confidence, but taking pot-shots doesn’t work. Kilkenny are a side who always take a look - if there’s nothing on they let it into the corner-forward. It’s about taking the better option, but that was always said to us in training. It should be said at every session, at every level, because it’s the only way to play hurling.

Waterford will have gained confidence from winning the Munster under-21 final during the week, a first in 22 years. Of that group there could be several starters. They’ll be buzzing from that win, but they’re coming up against a formidable Kilkenny team.

Derek McGrath will have the team primed and ready to go. They will have learned from last year’s semi-final and know that, if they are behind with time running down, they’ll have to go for it. I think they might have a plan to shove Austin Gleeson up, push players up to get those scores. Last year it seemed like they were happy enough just to get to a semi-final, but now they have to go one step further. They’ve won things under-age up along and now to under-21. It’s all leading in the one direction, senior success, but maybe Sunday’s game will be a bit too soon.

As for Kilkenny? The belief this team has in their own ability to win matches, to get over the line, has always been there. It comes from Brian Cody, a fantastic motivator who is great at getting teams ready.

A lot of it is psychological; they’re all good hurlers but the truly great ones are the guys who think about the game in their heads and use the right options at the right time.

I feel it will be too hard to break down this Kilkenny team; it will take something special to beat them. Waterford are a coming team, but Kilkenny will have too much for them on the day.