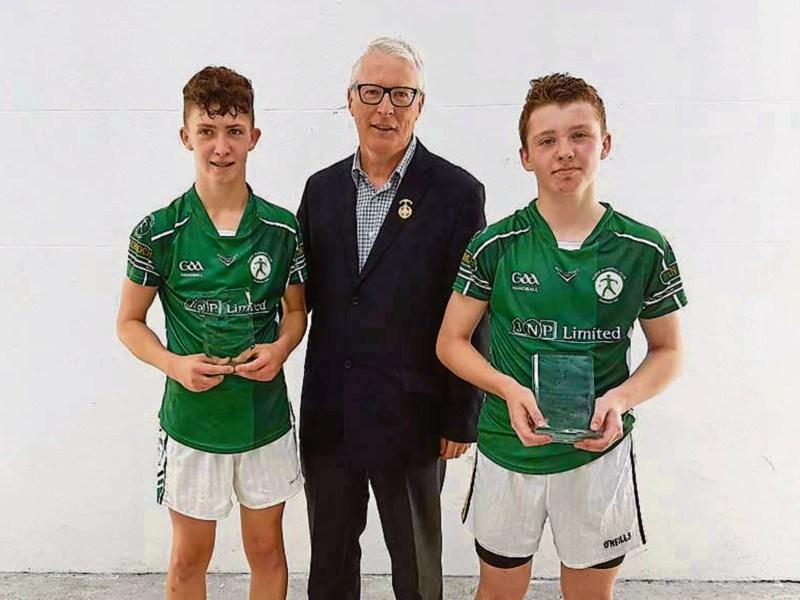 The 60x30 handball season is now in full swing, with attention focussed on the All-Ireland Softball Open Singles championship this weekend.

The first round matches are scheduled for Saturday, with Ciáran Neary and Brian Manogue both playing in Kells, County Meath.

Neary (Talbots Inch) plays Tyrone’s Barry Devlin in the Midlands venue at 2pm. That match will be followed by the meeting of Brian Manogue (Kells) and James Brady (Cavan) at 3pm.

Both local players will be confident of progressing to the next round, which are due to be played on Saturday week.

As the Adult Leinster championships reach their conclusion over the next couple of weeks there are three finals due to be played involving local players.

Fresh from their singles decider in Ballymore Eustace William Love (Clogh) and Peter Reilly (Meath) will cross swords again on Saturday at Crinkle, when William and his brother Daniel, take on the Meath duo of Reilly and the evergreen John Molloy in the Intermediate Doubles final. The Clogh duo reached the provincial decider courtesy of a victory over Dublin’s Ian Griffin and Adrian Benson in their semi-final clash at Crinkle on Wednesday last.

On the same evening at Talbots Inch, the Minor Singles final will be played between Shane Dunne (Clogh) and Daniel Kavanagh (Wexford). In a meeting of two extremely talented handballers this should be a cracking contest, with the result more than likely in doubt until the last ball goes down.

During the last week, Johnny Brennan and Joe Hennessy easily accounted for Dublin’s Frank Daly and Vinny Farrelly in their Emerald Masters tie. In Junior B Singles, Mick Conville lost out to Robert Farrelly (Dublin) in his quarter-final tie at Garryhill on Saturday.

Photo: Billy O’Neill and Kyle Dunne, winners of the Boys 15 and under grade at the Irish Nationals, are presented with their trophies by Willie Roche, President, Handball Ireland.