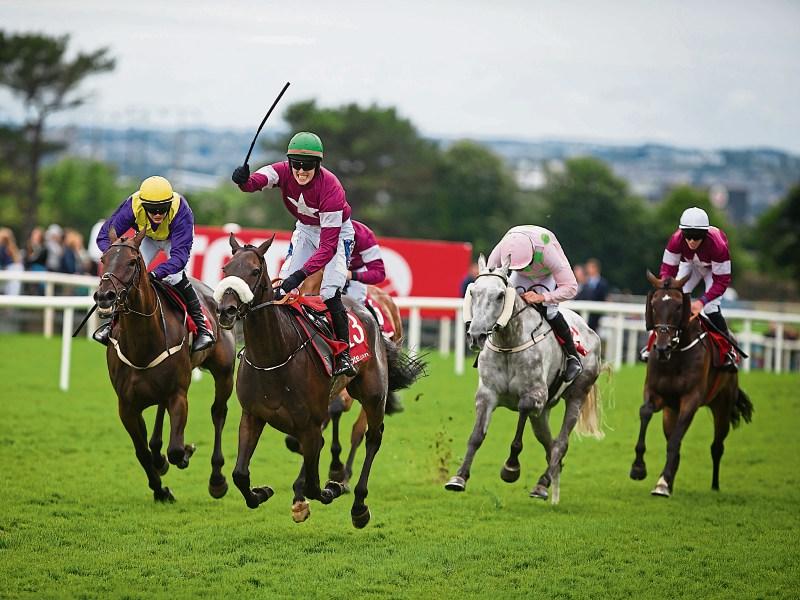 A closing day chase double saw Willie Mullins earn the title of leading trainer at the Galway festival for the first time.

Two winners, shared with the week’s leading jumps jockey Ruby Walsh, were enough to take the Mullins tally to nine winners and see off the challenge from Dermot Weld, who had been the leading trainer at the meeting every year since 1997.

There was some consolation for Weld, who landed a final day winner to bring his tally to six.

Alelchi Inois, a 4/9 favourite, finished runner-up to Lord Scoundrel in TheTote.com Galway Plate on Wednesday and returned to land the At The Races Chase for Mullins and Walsh, setting up a possible trip to Italy for the Grand Prix De Merano next month.

Devils Bride was fourth in the Plate and he dropped back in trip to win the 2m2f handicap chase at odds of 13/8 favourite and secure the leading trainer title for Mullins and give Walsh his seventh winner.

Weld’s success came in the shape of 15/8 favourite Tarazani, who landed the 14f handicap under Pat Smullen, who ended the seven days as the leading Flat rider with six winners to his name.

Rachael Blackmore hit the crossbar on a couple of occasions, but got a festival winner when partnering the Shark Hanlon-trained Camlann to success in the opportunity handicap hurdle.

Garrett Power and Danny Mullins, riding his second winner of the week, combined to win the 3m handicap hurdle with 14/1 chance Garrai Rua while Adrian Keatley also recorded his second winner when the Jamie Codd-partnered Mountain Rock to take the bumper at odds of 10/1.

Successful with Baraweez for the past two years, trainer Brian Ellison once again captured the Ahonoora Handicap but this time with the grey Dream Walker who came from well off the pace under a great ride for Chris Hayes.

Declan McDonogh rode his fifth winner of the festival while John Oxx recorded his first from just two runners when 5/2 shot Nonetheless won the 12f maiden.

Hogan both trained and rode Jack The Wire, who won the 2m maiden hurdle at odds of 8/1, then sent out Tithonus, a 12/1 chance, to take the 7f handicap under Gary Halpin.

It wasn’t a great afternoon for bookmakers as there were four winning favourites on the card.

Westerner Lady was first up as she won the 2m7f handicap hurdle at odds of 3/1 for Willie Mullins and Ruby Walsh while 2/7 favourite Capri took the 8f maiden for Aidan O’Brien and Seamus Heffernan.

Possibly the worst result for the layers came when 11/4 favourite Fiery Speech readily won the nursery handicap for Dermot Weld and Pat Smullen while the runaway success of 8/11 favourite Queen Deirdre, trained by Willie Mullins and ridden by his son Patrick, in the bumper could not have helped either.

The only relief for bookmakers came when 40/1 shot Striking Gold took the 12f handicap for Jessica Harrington and Colm O’Donoghue.

Tony Martin is no stranger to the winners’ enclosure at Galway and paid two visits to the number one spot at Ballybrit on Friday.

TheTote.com Galway Plate winning jockey Donagh Meyler gave Martin his first success of the evening when bringing 3/1 favourite Heartbreak City from off the pace to win the 2m handicap hurdle.

The Ebor and the Cesarewitch handicaps on the Flat later in the season are possible targets for the winner.

Another sure to keep good company in future is Golden Spear, who landed the valuable Guinness Handicap at odds of 100/30 favourite in the hands of Leigh Roche.

Roche completed a double of his own when winning the 8f handicap on the Michael O’Callaghan-trained 7/1 shot Intrepid Prince.

Dermot Weld notched up his fourth success of the festival when 11/8 favourite Lost In Silence and Pat Smullen won the 7f maiden. Willie Mullins and Declan McDonogh combined to win the 14f conditions’ race with the exciting Ivan Grozny who ran out the easiest of winners at odds of 8/11 favourite.

Narrowly denied on Thursday when Marinero went down to shock winner Scamall Dubh, trainer Henry de Bromhead struck with 9/2 favourite On Fiddlers Green in the Galway Blazers Handicap Chase. The six-year-old found plenty in the closing stages for Davy Russell to account for Aranhill Chief by seven lengths.