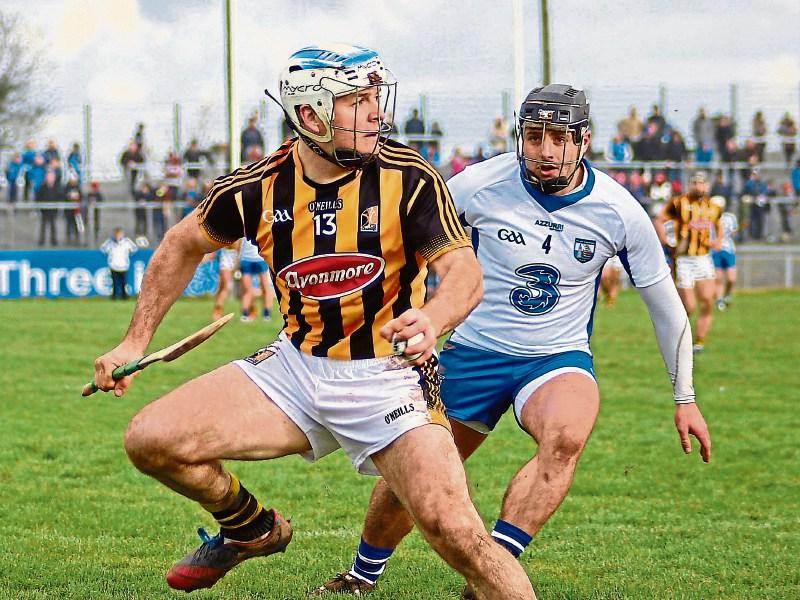 There is no use sugarcoating the cold hard facts. The hurling championship has been an underwhelming one. An almost carbon copy of 2015, when the real hard hitting questions were not answered until August and beyond.

The four counties that will battle for All-Ireland final spots are in similar positions to last year. Waterford got caught out by Tipperary in the 2015 Munster final, even more this time around. They now face a tribunal of hurling traditionalists aching to revisit the days when hurling was played by gladiators, not geometry experts.

Galway were looking to shake off their antagonist status when it came to season finales. They, like Waterford, were unable to crash the party when it came to the Big Two and provincial success.

However, the criticism they faced this year was far more cutting and hit closer to home. They responded in the manner you would expect Galway to respond.

Sometimes there is no team better equipped to silence the doubters than the Tribesman. The question for Galway going forward is can they erase their reputation as the nearly men of hurling.

Tipperary, for the moment, are right where they want to be. They have gotten this because, akin to Kilkenny, their motives are simple - go for where the ball is, not the man.

The only speedbump the Premier County have encountered is in their own minds, particularly when faced with their stripy foes.

They have lacked that something extra to get them over the line, an inner belief that they were the best team in Ireland. Perhaps that belief had to be engineered by new faces, men who have not incurred the pain of losing big matches.

You could argue that they have found such players in the likes of Michael Breen and John McGrath. However, it will be performances in the next match and possibly beyond where the Premier County’s season will be judged.

As for Kilkenny, most would have expected them to get this far. Most will probably expect to win the All-Ireland and further cement their status as the high kings of hurling.

They haven’t had to ask for much in the motivation stakes - Ger Loughnane took care of that, labelling Kilkenny as ‘functional’, and nowhere near the calibre of the four-in-a-row winning team of 2006-2009.

From the outside looking in, it may have seemed that these comments have not raised many a cry of outrage. But you can guarantee it has been mentioned during the past couple of months.

The bottom line is that such talk is nonsense, and almost demeans what this particular groups of players have achieved. The hurling landscape in the mid-Noughties was very different to one we observe today.

While Kilkenny have always maintained the same values of work rate and winning your own ball, the opposition approached the game differently.

Waterford, Limerick, Cork, Tipperary. They were all willing to go toe-to-toe with Kilkenny, to challenge them physically, but were not able to sustain it for 70 minutes. It has been said that to have a realistic chance of beating Kilkenny, you would have to match their workrate and be able to sustain right up to the final whistle.

That hasn’t changed. The only thing that has is how teams have approached playing the Cats. It is no longer about scoring more than Kilkenny. It is more about minimising the amount Kilkenny score.

Hurling matches have become stalemates rather than shoot-outs. This can be tracked back to the brief revolution of 2013, when Clare and their innovative running game won the All Ireland.

It was not a new phenomenon, (Cork had demonstrated its success by winning two All Irelands) but, for once, the hurling fraternity were faced with a hurling brand that put physicality on the back-burner. Every team would now be judged on how fast and tactical they were. Defensive systems introduced that word ‘sweeper’ to their daily vocabulary and it appeared we were heading into a brave new world.

This was, however, premature talk. Three years on, Kilkenny have firmly reaffirmed their position at the top of pile. This, in itself, is possibly the greatest achievement of all.

With all due respect to previous Kilkenny teams, in particular the four-in-a-row team (no-one can doubt their reputation as an awesome force) the current team had to overcome sterner opposition, each intent on implementing their own game plan.

On Sunday, Kilkenny face a game-plan that perhaps has garnered more spotlight than any that has gone before.

Derek McGrath’s system of hurling, which places heavy emphasis on defensive play, has been met with disdain from those who prefer traditional hurling, but also admiration from those who yearn for new champions.

Thanks to the 2016 Clare-Waterford trilogy earlier this year, we viewed the system in all its glory.

It came unstuck in the Munster final, where Tipperary easily overwhelmed Waterford, but it remains to be seen whether Derek McGrath will chuck the book of systems out the window and let his players express themselves.

For the time being, it appears the traditional teams rule the roost. Three of the four teams still involved do not play with a sweeper, and whoever wins the All-Ireland will most likely do so without such systems.

Perhaps now we will have the championship finale we have all been waiting for. For the likes of Waterford and Clare to join the pantheon of champions once again, it may be time to go back to basics.

Photo - WE’LL MEET AGAIN - Jonjo Farrell (Kilkenny) tries to get away from Noel Connors (Waterford) during the NHL clash. They will do battle again this Sunday, with an All-Ireland final place at stake.