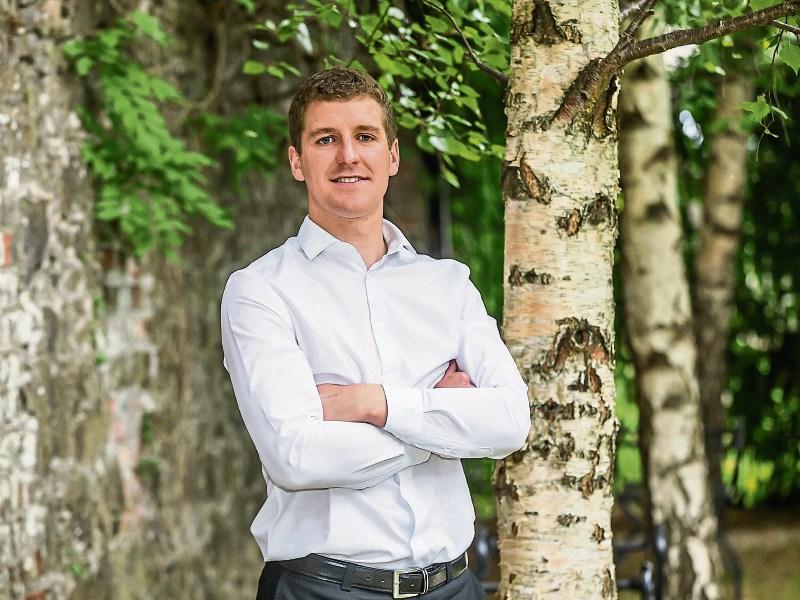 As a man who lives and plays his club hurling close to the Waterford border, Eoin Murphy has been able to keep a close watch as the neighbours made their trek throughout the championship.

The Glenmore man was full of praise for the Deise when speaking in the build-up to Sunday’s All-Ireland semi-final and believes that, despite a Munster final blip, no-one will be taking the men in blue and white for granted.

“I think Waterford came in for a lot of unjust criticism after losing the Munster final,” he said. “One bad game doesn’t make a bad team. They’ve come on leaps and bounds in the last 18 months, two years. We know the type of player they have and we’d be foolish to underestimate them.”

Murphy is speaking with more than a little inside information here. A Fitzgibbon Cup winner with WIT in 2014, he counted several of the Deise side as colleagues on that college quest.

“I hurled with and against a lot of them while in college, so I know the quality they have,” he added. “We’ll have to be at our best to beat them.”

And, when tested on the ability of the side, he delivered in-depth knowledge.

“I was in the same class as Jake Dillon so I would know him pretty well,” Murphy said. “I hurled with Pauric Mahony and Gavin O’Brien too and experienced first-hand the class of Austin Gleeson - I was involved in a Fitzgibbon management team.

“They’re a top class side,” he said of the Deise. “The likes of Darragh Fives doesn’t get the recognition he deserves, while Noel Connors is one of the best man-markers in the game.

“They also have experience there with the likes of Michael ‘Brick’ Walsh and Kevin Moran - they’ve been there on the big days and have won League and Munster medals, played in high pressure finals.”

Mention of Munster finals led the conversation back to the avenue surrounding the criticism Waterford faced following this year’s loss. Murphy was adamant that Waterford had moved on.

“One game can’t define your whole year,” he said. “From Waterford’s point of view the quarter-final was another outlet for them to put their marker on the championship. They did that against Wexford; they put in a fine performance and did what they had to do to win the game. I’m sure they’ll relish the chance to take us on.

“Hurling has evolved,” he continued in a nod to Waterford’s game style. “You have to move with the times. Waterford brought it to a new level with the sweeper system and how they play the game.

“It’s like Gaelic football, which is evolving the whole time; you have the Ulster teams using a defensive system and Dublin an attack-minded game. You have to move on, you have to adapt to how other teams play. Maybe some people don’t want to accept that hurling is played with a sweeper system, but that’s the way it is.”

In style terms hurling has played catch-up, but why has it taken so long?

“Maybe football has been adapting to the defensive system since Tyrone won their first All-Ireland in 2003,” Murphy offered. “It’s probably taken a bit longer for that to come into hurling; you have your traditional counties who like the flair of the game that comes from playing 15 on 15.

“Teams come up with their own game-plan,” he added. “Cork had their hand-passing, short game system a few years ago, now Waterford have the sweeper.

“It’s up to every team to come up with their own plan to counteract these. You have to adapt to whatever situation is thrown your way.”

Kilkenny have had a crack at demolishing Waterford’s tactics already. The key moment in last year’s semi-final win over the Deise saw Murphy’s short puck-out get worked on to the half-back line, with the Cats drawing opposing players out before a high ball was seized and finished to the net by T.J. Reid.

However, Murphy was quick to point out there was more to the game than that.

“It wasn’t easy,” said Murphy. “We struggled for long periods of that game.

“Until we got the goal, which gave us a bit of a cushion, we didn’t adapt as quickly as we thought we would, considering we looked at their system in training and how they played it.

“A lot of people forget that Waterford had a lot of wides that day and a few shots dropped short,” he reminded. “A small tweak to that and you could have six, seven, eight of those going over the bar. That makes it a completely different ball game.

But is it down to such small margins? A few tweaks and Murphy reckons the Waterford Kilkenny face in the semi-final will be a different prospect.

“They have a lot of young players - maybe shot selection comes with experience,” he offered. “You can’t deny the ability of all their players - they play with great flair.

“A small bit of composure comes with experience and while a lot of them are still hurling at under-21 level we have to be wary of Waterford’s younger players as they can play without fear. They have been in the scenario of a semi-final before so they’re used to it. We’ll have to bring our ‘A’ game.”

As someone who watches the game with a keen eye, the goalkeeper has seen some differences in the Waterford of 2016 from their 2015 offerings.

“Definitely physically,” he said of Sunday’s opponents. “You could see it in the Munster semi-final where they bullied Clare a little bit whereas they would have relied on their skill in previous years.

“I don’t think they’re afraid to mix it up,” he said. “They still have that hurling ability too, so they’re very dangerous.”

It has also helped that the Waterford players have great faith in their manager, Derek McGrath, something Murphy was quick to acknowledge.

“He’s a great hurling man,” Murphy said of the Deise boss. “He’s brought on the De la Salle college teams leaps and bounds, producing fine hurlers who have gone on to the inter-county scene - there may be 10 or 11 guys there who won the schools All-Ireland final under Derek.

“They have a lot of faith and a lot of trust in him, but he has the same in them,” he added. “When you have a team who will do anything for their manager you know they’re capable of anything.”

The championship has been good to Kilkenny and Murphy, who picked up his fourth Leinster senior medal in the 1-26 to 0-22 win over Galway. Like so many of his colleagues, he recognises the value of progressing through the front door.

“We realise the importance of the Leinster finals,” he said. “The qualifiers can be a stumbling block. The one year we have gone that route we were beaten by Cork in the quarter-finals. Where games come thick and fast if you have one or two injuries the season can unravel quite quickly. For us the only route is the direct route.”