Fears for Fennelly fitness as Cats make the final again 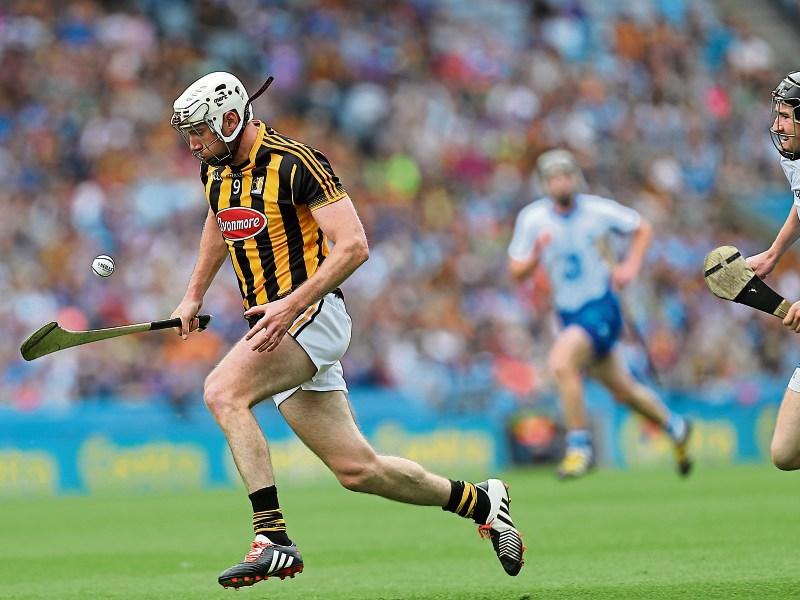 All-Ireland three in-a-row chasers, Kilkenny, have serious concerns about Michael Fennelly as they look forward to the MacCarthy Cup showdown.

The powerful Ballyhale Shamrocks man (pictured) picked up what appeared to be a serious injury against Waterford in an extraordinary senior hurling semi-final replay win over Waterford in Thurles on Saturday.

The eight times All-Ireland medal winner pulled up during a burst up the field in the 59th minute, and he ended up being carried off the field on a stretcher.

While the Kilkenny camp didn't confirm the nature of the injury, the fears were that it was an Achilles tendon problem which could take time to heal.

The Noresiders extraordinary run under manager, Brian Cody, continues. This will be their 15th final to contest since Cody took over in 1999.

The drawn game last week was good and gripping, but from start to finish the action in the replay was relentless. Even in added time at the finish the thrills came thick and fast.

On 74 minutes Waterford free taker, Pauric Mahony had a free from 67 metres on target.

As the ball looked set to go over the bar for the equalising point, Kilkenny goalie, Eoin Murphy rose into the air to make a spectacular catch to prevent the game going to extra time.

In the wind up Paul Murphy set up Danesfort club colleague, Richie Hogan, for a point that ensured the Cats place in the decider against either Tipperary or Galway.

The action exploded from the throw-in, but unlike last week, the Cats made most of the running.

Thanks to a double blast of goals from Colin Fennelly (7th and 10th minutes) and three late points from T.J. Reid (free), Michael Fennelly and Walter Walsh, the winners led by 2-10 to 2-7 at the break.

Waterford fell five points behind (2-14 to 2-9) in the 44th minute before storming back. They caught up at 2-16 each in the 69th minute when Jamie Barron pointed.

Reid won back the lead for Kilkenny from a free on 70 minutes after new kid on the block Liam Blanchfield - he played very well - was fouled in front of goal.

On the action thundered for another four minutes, and virtually each second featured a moment of drama as fans were brought on an amazing hurling journey.