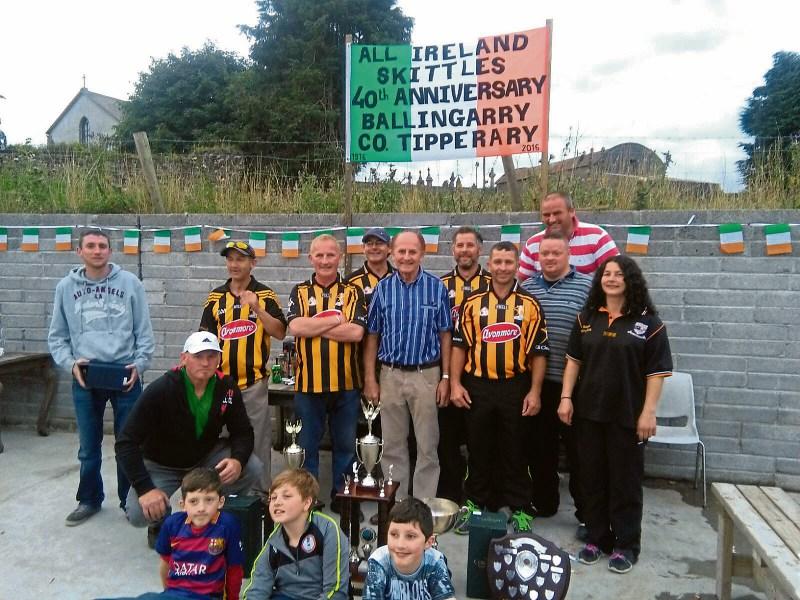 This year the annual All-Ireland skittles tournament, the 40th anniversary of the event, was held in Amby’s in Ballingarry, Co. Tipperary.

A number of players and teams across the senior, junior and juvenile divisions looked capable of winning the tournament.

The eventual winners of the men’s senior team section were Barna, Freshford, who played outstandingly against The Amby’s.

Joe Colclough and Richie Breen blew up a storm in attempt to win the final of the men’s individual event.

By a small margin Joe Colclough got the verdict as he showed his devastating ability.

Although, Richie Breen did not win this event, he held the highest score of 118 in the qualifying rounds.

In the women’s individuals section, Majella Colclough was the winner.

The Valley B junior men’s team were runners-up against Amby’s junior team.

The Premier Cats showed their outstanding skill by winning the women’s team event.

The younger players showed their potential in the juvenile’s team event.

The Power Pelters were runners-up in this event and showed that skittles can be a winning sport at any age.