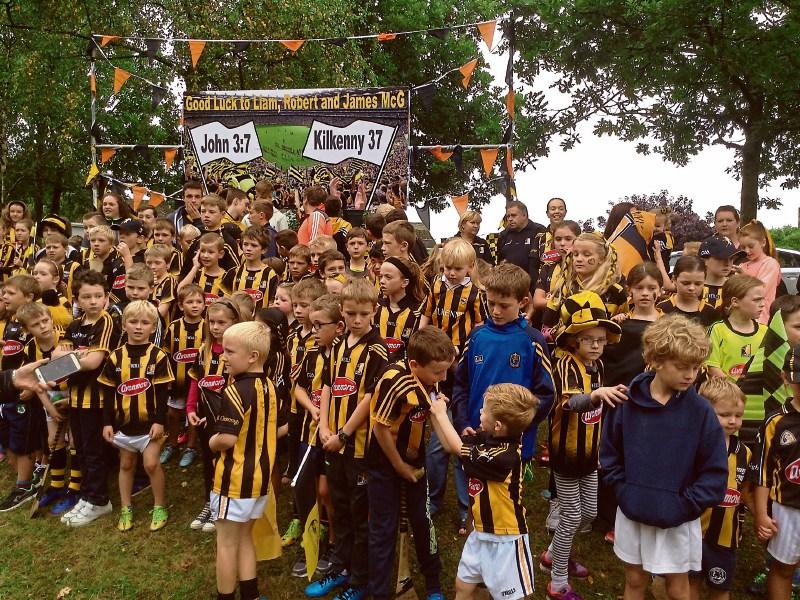 If hurling is now a game of inches, those inches over the crossbar and between the uprights are crucial to success as the old mantra ‘take your points and the goals will look after themselves’ still has a lot of veracity.

Since the 70 minute championship games were introduced in 1975 Kilkenny have played 150 times and accumulated a points tally (white flags) of 20+ on a stunning 55 occasions, a 37% strike rate which has helped them harvest a host of honours.

Championship meetings between Kilkenny and Tipp have straddled nine of the 12 calendar months!

While September showdowns have been frequent, August semi-finals too, the fact is the black and amber and blue and gold have also crossed camáns in January, March, July, October, November and December!

Late finals in 1913 and 1909 account for November and December; the delayed finals of 1895 and 1898 tick the March box while the first ever meeting of the two counties in the inaugural championship of 1887 had an October setting (and on a Thursday afternoon at that!)

The 1916 Rising caused a delay in the playing of that year’s championship, the final played in January 1917. What odds Kilkenny v Tipp ever play championship hurling against each other in February, May or June?

The 1937 All-Ireland final meeting of Tipperary and Kilkenny was played in Fitzgerald Stadium, Killarney due to a builders’ strike which left Croke Park’s Cusack Stand unfinished.

While Kilkenny would rather forget the day, the scoreline became part of a pub poser as to what county won two All-Irelands by the same score - Tipperary repeated the exact same scoreline (3-11 to 0-3) when they beat Laois in the 1949 final.

While Laois scored two of their three points from play, Kilkenny failed to raise a single flag from play in Killarney - their points came from a Paddy Phelan free, a Jimmy Morrissey ’70’ and a free from substitute Lory Meagher.

FOUR ON THE FOURTH

During the course of the 2016 campaign Kilkenny played their 400th championship match, becoming the first county to reach the figure.

Kilkenny have played a stunning 223 of their 403 SHC games in Croke Park, a remarkable 55% of all championship outings.

While Croke Park has often been referred to as Kilkenny’s second home, perhaps it would be more accurate to say it’s their first home, given that the Cats have played just 31 of their 403 SHC games on Noreside soil, a mere 7%.

Twenty-four of those 31 games were played in Nowlan Park where Kilkenny have a 22-2 Win-Loss ratio. Six were played across the city in St James’s Park while Urlingford (on a Thursday afternoon!) housed Kilkenny’s first ever championship match (against Tipperary) in 1887.

Mulcahy and Paddy Buggy) have played in, and refereed, an All-Ireland Senior final.

Three of Kilkenny’s most prolific players against Tipp will be in action on Sunday. T.J. Reid has hit 3-21 against Tipp, with Eoin Larkin (1-20) and Richie Hogan scoring 1-14. Henry Shefflin leads the charts with 3-41.