Vince's words will echo in both rooms 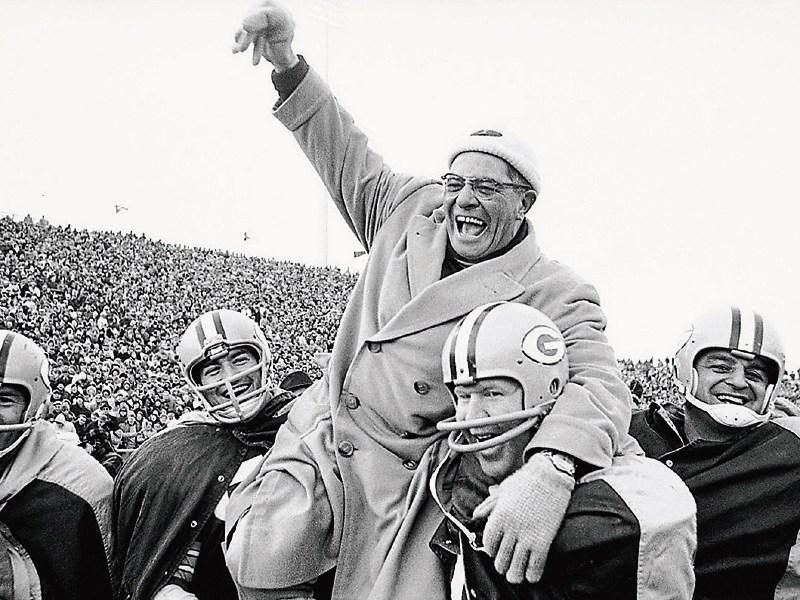 “Winning isn’t everything, but wanting to win is.”

There you have it, a quote from famous American football coach, Vince Lombardi to whet the appetite ahead of the All-Ireland hurling final.

Lombardi was probably referring to his own Green Bay Packers team when he uttered those famous words, but the statement is relevant to Kilkenny, or any team for that matter.

This year the stripy giants have had stern questions asked of them. Each time they answered emphatically.

However, they now face a fearsome foe, a team that forces you to look into the deepest parts of your being and tests your mental and physical limits.

Kilkenny and Tipperary have produced some of the best finals, simply because there has been very little between them.

The games were generally wars of attrition; who could hit hardest; who could score most and remain.

Many were as much a spiritual examination as a physical one.

Tipperary have a tradition as long and storied as their neighbours. Their style is as much about hard work as it is about skill.

Though Kilkenny would not put their success down solely to their hurling heritage, it can be a factor in instilling self belief within the squad.

The players are driven on by thoughts of that legacy, and the need to match the success of their predecessors.

Perhaps the reason Tipp have underachieved since 2010 is they simply don’t believe in themselves enough?

If that were the case before, it’s certainly not the case now. This is a new look Tipperary we have before us.

Manager Michael Ryan, who is in his first year, has injected physicality into his squad by reaching beyond the hurling heartlands in the county and plucking players from football backgrounds.

Examples would be Michael Breen and Seamus Kennedy. Breen, particularly, has been a massive asset.

He plays a Michael Fennelly-type role within the team. He is able to break tackles, create scores and has an eye for taking a few.

Ryan will be delighted to have him in his arsenal against the self quoted “masters of intensity”.

By definition, intensity can be described as “the amount of physical power the body uses when performing an activity”.

If we are reading the gospel according to Brian Cody, intensity is a more mindful concept. It is something that can only be nurtured at training between the walls of Nowlan Park and carried on to the field.

“Intensity is a huge part of any team sport. If you do not bring that intensity to everything you do, it makes life very hard. We have been on the receiving end of the sort of intensity that wins big matches, from various counties,” he said.

“If we didn’t have an element of that, or we can’t bring it to a decent level, we’ll be blown away. It allows you to express yourself as a hurler.”

While Brian would always be keen to emphasise the mental benefits of intensity, he’d also be keen to stress that the skills of the game are also paramount to a team’s hunger.

“The greatest requirement of all is skill,” he added. “Some of the most important skills no one really talks about, for example tackling. That’s a real skill, even hooking, blocking, the ability to come out of a situation where there are five or six players over a ball, and someone comes out with it.

A statement that has been heard time and again, but it never loses its truth.

Kilkenny have a tackle count higher than all the rest, and rising.

What has to be done in that area to get over the line will be done.

Some would wonder, however, if the pendulum has swung slightly in Tipperary’s favour after Michael Fennelly picked up an injury and will be missing from the Kilkenny midfield.

After all, Michael would be viewed by some as the epitome of what Kilkenny bring to hurling, strength, physicality, scores.

He is a player that even if Brian Cody doesn’t have him on the pitch, he will make major use of him in the dressing room as he is one of his main leaders.

However, will his loss be a vital one to Kilkenny’s midfield?

Will it enable another to make a name for himself on the day?

Can Tipperary capitalise on a now perceived edge in midfield?

The question will be debated on streets, from bar stools and around dinner tables in both counties over the coming week, but it won’t be answered fully until Sunday afternoon.

One thing is certain though, Cody will be drilling the Lombardi mantra into his players and drawing a most valuable quality from them - intensity.