The final is the only place to be! 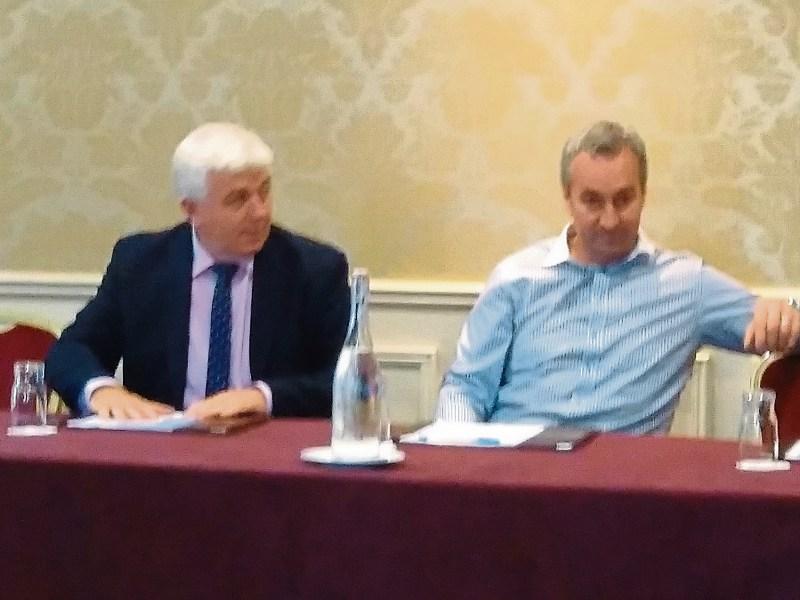 Tipperary are exactly where they want to be, in the All-Ireland senior hurling final, and all the better that the opposition is being provided by defending champions, Kilkenny.

Tipp County Board chairman, Michael Bourke, is a hurling man through and through, and he is looking forward to the Premier County’s bid for a 27th title, and first since 2010 when they beat the Cats.

“The All-Ireland final is where every county wants to be,” he said when he spoke to the ’People at the Tipperary press evening in the Anner Hotel. “It is the proving ground.

“When a team management is put in place, at the back of your mind is Croke Park in September. We are there and now we face the ultimate test.”

The Premier County lost two of the last three finals against Kilkenny (2011 and 2014), having won the MacCarthy Cup decider of 2010 between the counties.

“Who else would you want to be playing?” he asked when one wondered about the feeling of playing Kilkenny again. “We have two great hurling counties. It has to be acknowledged that Tipperary and Kilkenny served up some great games over the years.

“Who is going to win? It is anyone’s game again because Brian Cody always brings a rabbit out of the hat and changes something. We will be working very hard that that doesn’t happen.

“We will make sure we are the best prepared, play the best we can, be as sporting as we can and see what happens.”

Manager Michael Ryan had spoken about Kilkenny’s intensity during matches, so we wondered what were the chairman’s views.

“You could describe Kilkenny and other county teams now as non-paid professionals,” Mr Bourke said. “The levels of performance teams are achieving are incredible. The commitment is taken for granted.

“Kilkenny work so, so hard during matches it is amazing. They have perfected that brand of play.

“We will somehow have to match their work rate and see where that takes us.”

Nothing, he said, compared to the buzz all get out of being involved with county teams at the highest level. He reminded that Denis Leamy, the former Munster and Ireland rugby star, is part of the Tipp set-up.

Leamy played for Boherlahan when he was young. Leamy made the point he was getting the same buzz out of being involved with Tipp as he was with Munster and Ireland.

“That is some statement,” the chairman felt. “He was blown away by the attitude and commitment of everyone involved, especially the players. That is where the GAA is now.

“People come to games and expect the players to perform. The Kilkenny/Waterford match I would say I was never at a game in Thurles with an atmosphere like it.

“The cheering, the chanting was unbelievable. It was something similar in Croke Park the day after, but not the same noise. It is great. Supporters just expect it now.

“People feel it is where they should be. The Fourth is a huge day for this county. We will have three teams in Croke Park, the minors, the Jubilee team and the senior team. There will be a lot of Tipp talent on show.

“Please God, please God we will get our share of success,” he intoned.

Tipp, he admitted, weren’t extended to the full during the Munster championship. Waterford, he recalled, just didn’t perform in the provincial final, but Galway really put it up to them in the All-Ireland semi-final.

“I have no doubt that the five weeks lay off between the Munster final and the All-Ireland semi reacted against us,” Mr Bourke said. “Nothing compares to competitive games. Galway had games. We hadn’t.

“What can you do in training? We had a nice step by step run through Munster, but the attitude was cautious.

“We never looked beyond the game we were involved in. That was the way Mick (Ryan) worked it.”