GAA and community are one and the same 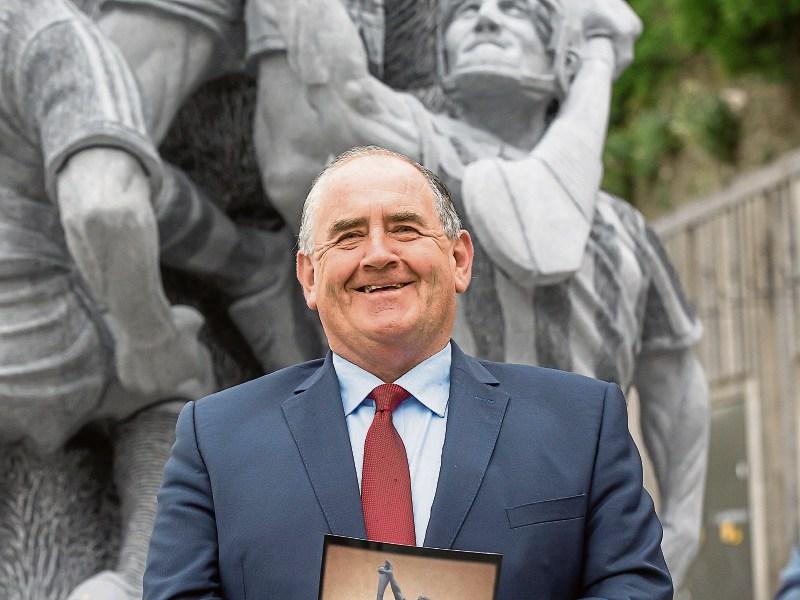 The major role the GAA plays as a force for good within communities has been lauded by Kilkenny County Board chairman, Ned Quinn.

On the eve of the All-Ireland hurling final, when the best of Irish sport featuring Kilkenny and Tipperary will be beamed around the world, the Mooncoin official suggested the GAA at local level and community were one and the same.

“The GAA is an international, big time organisation now,” Mr Quinn insisted when speaking before Sunday’s mouth-watering hurling showdown. “Our people in far-off places will be travelling, coming together to see the match.

“Days like this mean so much to Irish people. When you stand in a packed Croke Park on All-Ireland final day for the national anthem with 82,000 people, and you know proceedings are being beamed around the world, if you wouldn’t be proud of the GAA and the games, well, you shouldn’t be involved.

He said it was fantastic the way people in all counties had given so much of their lives for the good of the GAA at every level. There was a handful of counties who might get the chance to be involved in Croke Park on All-Ireland day, but that didn’t stop people all over devoting their lives to the promotion of Gaelic games.

“And when some of them are forced to go abroad, they devote their lives to it there as well,” he said in admiration.

The GAA has become so big, yet it hadn’t lost the touch, especially within counties where people work with and help each other.

“If you take it back to Kilkenny, in every parish when there is a major event, be it an exciting event, an occasion or a tragedy, the GAA club and its members come alive,” he insisted.

“They are involved in the organising of the event; they are parking cars if it is a funeral; they help with food or whatever. It is a fantastic organisation of people.

“It is a voluntary community organisation in every parish, in every county in Ireland. The games are central, of course. They give the organisation oxygen.

“The sight of seeing our team in Croke Park on Sunday, and it’s the same for Tipperary, will swell their hearts with pride,” the chairman added.

He said Kilkenny was lucky. The county wins one All-Ireland every decade, at least.

“The current era, which I will always describe as the Brian Cody era, surpassed anything anyone could ever have thought of,” Mr Quinn felt.

“We are going into the 15th final in 18 years and we are trying to win nine of the last 11 finals. You couldn’t make it up.”

He said from his involvement from a distance with the squad he knew those involved were aware of what has been handed on to them, what they are representing.

The jersey they wear, they know the significance of it. Their commitment is absolute.

He said he looked at some professional sports that have now become entertainment. They have become television spectacles with games on Friday night, Saturday, Sunday, Monday.

The games are being fixed to suit television audience. He read of an agent getting €20 million on a soccer transfer.

“I know that type of money will never be involved in the GAA, but I hope that we won’t ever be dealing with agents in the GAA,” he said with a coldness in his voice.

Gaelic players, he felt, were very generous with their time. People appreciated that, and he knew they were respected because of it.

“We are very fortunate in Kilkenny. We are fishing in a relatively shallow pool, but that pool is ever so supportive.

“The business community, the general community, sponsors are all very good,” he added. “We go back to them year after year and they turn up trumps every time. We are very fortunate.”