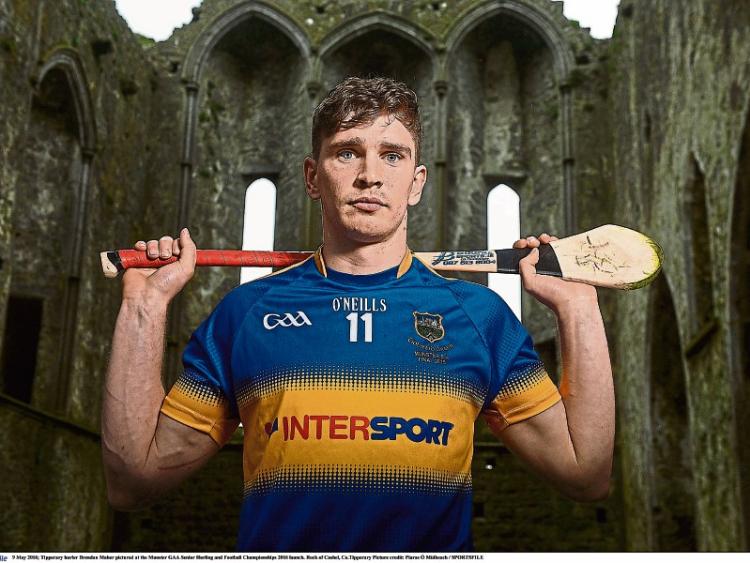 Losing an All-Ireland is tough to get over, there’s no doubt about that.

However Brendan Maher, who captained Tipp in their 2014 defeat to Kilkenny, has admitted that the Premier County won’t use the past as motivation for this year’s clash with the Cats.

“You do reflect on it but I’m very conscious not to dwell on the past,” he said in the build-up to Sunday’s final. “I’m a very firm believer in just sticking with the present, no matter what has happened.

“It would have been the same after a good win - you just have to draw a line under it and move on That’s the way sport works and if you read up on any of the athletes they’ll tell you about living in the now.

“I’ve always given everything to the present moment, and I’m always trying to make sure that I train as hard as I can now and get my performance as good as I can for the All-Ireland. Hopefully then, as a collective, we can have a performance that can get us a win.”

Having stormed their way through Munster, Tipp came up against a maroon roadblock when Galway threw down a serious challenge in the All-Ireland semi-final. Maher and his colleagues came through in the end, but they know they’ll have to raise their levels if they are to dethrone the champions.

“It was pleasing the way that we were clinical at the right time. the most important time,” he said. However, we were disappointed at how we were in front of goals - I think we had 14 wides and a couple of missed goal chances. We know that’s not going to be good enough the next day.

“That’s not to disrespect Galway or anything but we know it’s not going to be enough to win us an All-Ireland,” he added. “It was a nice way to win it but there’s a lot to work on.”

That said, Maher appreciates having room to work on the performance.

“Everybody couldn’t wait to get back onto the training field on Tuesday night,” he said. “We’ll try and get as much work in as possible, and make sure that we’re fresh for the first Sunday in September.”

Things have gone very well for Tipp in this year’s championship, but Maher refuses to believe that an increase in the team’s work ethic is behind the change.

“I’m not going to say that we’re working any harder this year than last year or the year before,” he said. “Every year we go out we give 100% - every GAA player from any county gives 100% of what they have.

“Whatever reason we have fallen in the past, such as the semi-final stage last year, whatever the reason it was all just purely performance-based and the way we played,” he said. “It wasn’t down to lads not giving 100% in training or anything. I think every year every county team gives 100% in training.

“This year a lot of things have worked in our favour and helped us be a better team,” he suggested. “It’s great to be in this position.”

The introduction of Michael Ryan as manager has certainly helped, bringing a competitiveness into the panel which has given them an extra impetus.

“Mick is very honest and he’s very definite with what he wants you to do,” said Maher. “He gives you the message and if you can deliver he repays you; if you can’t then it’s someone else’s opportunity, that’s the way it is.

“He has been true to his word on picking the panel of 26 - I don’t think we’ve had the same 26 for two games in a row or for any two games this year. There’s fierce competition there, lads know going into training they have to perform, but that’s just the strength of the panel. There were probably years where Tipp were going in and you knew you were guaranteed a place in the panel and maybe some lads got comfortable. But this year when it’s only 26, that’s only 11 subs, and any of them can get game time.

“The other side of that is that we’re trying our best to hold onto our jersey,” he added. “You know if you see a lad in your position and he’s playing the boys are going to repay him. You need to make sure ‘I’m not going to be the one that he’s going to replace’.”

Competition from within, and competition from the opposition. Everything has built Tipp up nicely for Sunday’s final, when Maher will be hoping to adjust what has been a poor record against Kilkenny - he’s played seven championship games against the Cats and won just one.

“There’s no point in saying that it’s (his record) not a monkey on the back,” he said. “It is, but I’m just glad we have another opportunity now to play against them again. It’s been two years since we played them in championship, so I’m just glad that we’re back and we have a chance to prove ourselves against the best.

“There’s no doubting that Kilkenny have been the best team possibly of all time, but definitely in the last 10 years since I’ve started playing,” he added. “It’s just great to have an opportunity to play against them.

“If you beat Kilkenny in an All-Ireland you know you’ve earned it,” he finished. “You know you deserve to be All-Ireland champions.”