It's all about work, work with the 'Whizz-Kid' 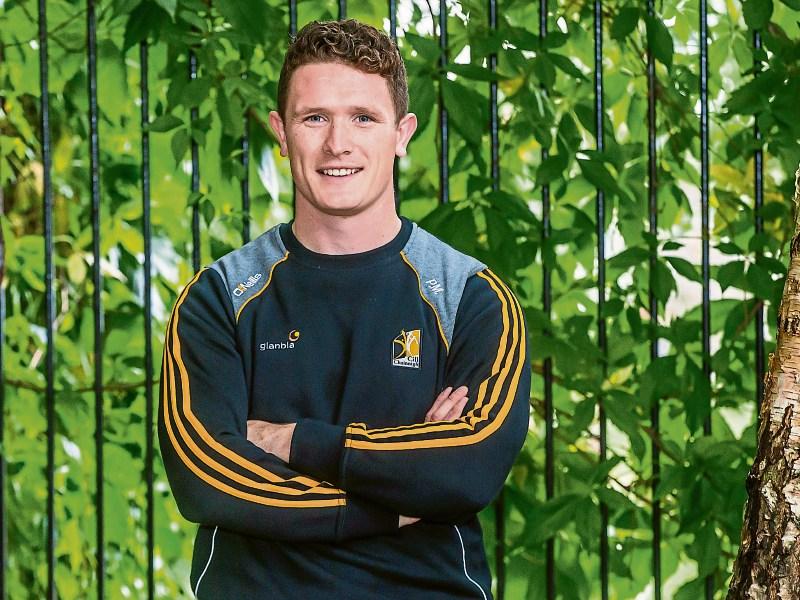 Serious work rate is a must for any player who wants to get a jersey on the Kilkenny first XV.

All-Star Paul Murphy breezed through the duties on All-Ireland press night in Langton’s Hotel. He was easy and relaxed.

Hurling’s ‘Whizz-Kid’ smiled. He smiles a lot. That is Murphy. But he is a fierce competitor, and the smiling stops when the action begins.

The national TV stations were here for the gathering, including RTE and Sky Sports, plus the radio stations RTE 1 and 2fm, Newstalk, Today FM and so on.

Brian Cody, Paul Murphy, Eoin Larkin and Walter Walsh were the Kilkenny talkers on the night.

There was significant interest in Kilkenny’s mental and physical wellbeing after the rip-roaring replay win over Waterford.

Paul Murphy told it as it was: “Everyone felt great afterwards. It was such a tough battle, coming out on the right side was a great lift to all.”

A lift that will carry the defending All-Ireland champions all the way to the final against Tipperary.

Whenever Kilkenny came through a replay during the championship, as against Galway in the Leinster semi -final of 2014, they use the momentum as a tool for future success.

Murphy spoke about the advantages attached to playing an extra match and whether it gave Kilkenny an edge against Tipp.

“Obviously we would rather have won the first match and started preparing for the All-Ireland, but looking back on it, it was great because we had a lot of players playing in the two matches. Liam Blanchfield and Mark Bergin got game time.

“You learn more about your panel. That’s not bad.”

Kilkenny are the masters of comebacks. Examples? Early on in the year against Cork in the National League; more recently in the drawn All-Ireland semi-final.

Murphy hailed the resilience of the team in high pressure situations.

“The time you learn most about players is when they are under pressure,” he said. “In the first match we were down five points. The fact we came back shows the mental strength within the team.

“No-one dropped the heads. We scraped back the deficit. You know you can rely on the lad beside you because you have been through such challenges before.”

If Kilkenny had won the first match, the players would have gone back to their clubs for a week before reconvening again.

Does facing another tough challenge further bond the group?

“For sure,” the Danesfort man insisted. “I think a lot of players came away from the first day thinking they didn’t play as well as they could.

“Coming into the replay they had to step it up a bit, so coming through that challenge was a boost to morale.”

In terms of individual preparation, experience can sometimes provide a player with a sense of calm when facing into an big match.

Murphy reflected on his career and how his attitude has changed towards All-Ireland final preparations.

“When I was younger, I used to go into a match with a naivety. I was excited to be playing.

“With experience, obviously you are a lot calmer. You have been here before. The nerves don’t build up as much.

“You know you have to take it handy, to relax and try to enjoy the occasion.”

When you are one of the more experienced members of the squad, and you know what it takes to perform well when it matters, you are seen as a leader in the dressing room.

Murphy was quick to highlight the individual nature of some players. But every team had to have a mix.

He also underlined the importance of being a leader to the younger players, and should one of them come to him for advice, Paul would point out that work rate was one of the most important things in hurling.

“Work rate is so important,” he insisted. “We have had lads on the panel, and it is work rate that got them to where they want to be.

“There might be players with not as much skill as others, however, their work rate and attitude has won them a starting place.”

If he were to say anything to a young lad coming in the group he said it would to focus on that aspect of the game, because that is what is most important.

“The more hungrier team is often the team with the highest work rate,” he insisted. “When you are facing a team that hasn’t won anything for years, you often see that hunger coming to the surface.

“They are fighting for every ball. Hunger and work rate generally go hand in hand.”

When asked about Tipp’s tight win over Galway, Paul admitted he was impressed.

“Tipperary did exactly what they needed to do,” he felt.

“They got the scores when they needed to get them. When push came to shove they had that extra bit of hurling in them, so they did what a lot of people thought they were going to do. That is a sign of a really dangerous team”

Two dangerous teams, both striving for the same prize. An exciting prospect awaits on September 4.