Matching effort of 'Kings of Intensity' is Tipp's big challenge 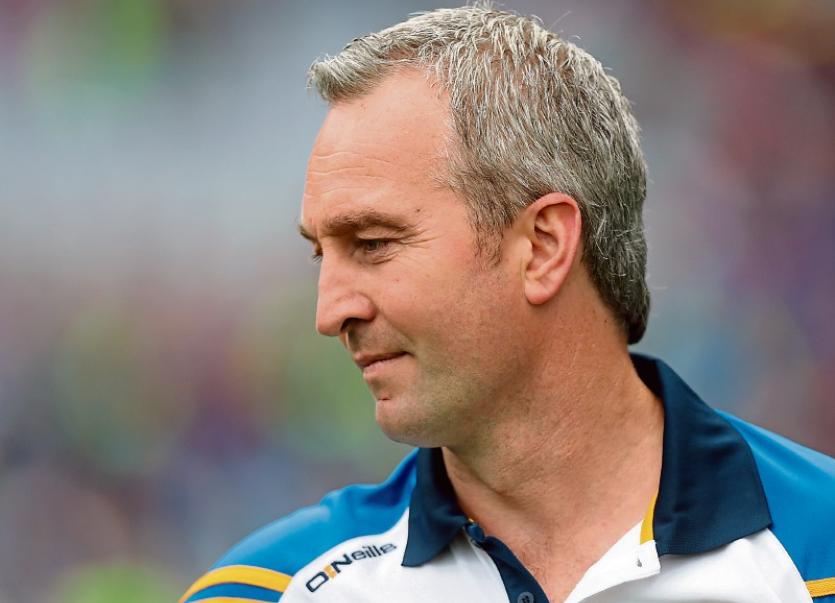 Kilkenny are the ‘Kings of Intensity’ and matching them in that aspect of play is the starting point if Tipperary are to knock them off their hurling throne.

That was the tell it as you see it story and assessment from Tipperary manager, Michael Ryan, who will be doubly employed on Sunday in Croke Park as boss with the challengers and also as a member of the Tipp Jubilee (1991) All-Ireland winning team being honoured.

He will sit out the latter to be in “his rightful place with the boys”, and the honour of the handshake with the President will fall to a member of his family.

“There are a few contenders for the Jubilee job,” he smiled, including his teenage daughters and his parents.

“It is a special thing, a one off as I only won one All-Ireland. I have a few decision to make and I have to tread carefully on it.”

However, when it came to talking about the main business of the day, and the task facing Tipp to try and halt Kilkenny’s bid for a MacCarthy Cup three in-a-row, Ryan was blunt: “I think intensity is the great leveller here. Kilkenny’s ability to be relentless is well known.

“They never let up. I don’t know when I have ever seen recent Kilkenny teams not reaching a high level of intensity,” he added.

“I have zero doubt that is the challenge face us, to match that.

“We know exactly the levels that will be required and to sustain it over 72, 73, 74 minutes. If we are to win the desire won’t be sparked by past losses to Kilkenny. If we match their intensity we will give ourselves a chance.”

The Munster champions haven’t enjoyed the best of times against the Cats in recent times. Ryan felt it was because they (Kilkenny) “have trumped us each day on intensity”.

“That is the initial bar we have to reach,” he continued. “If we can break even on that, and get a bit of luck here and there, who knows? Various little things can change things after that.”

He said this All-Ireland was a new journey for his players. They were having a fantastic run. But they need to concentrate on the here and now, not past results against Kilkenny.

“Kilkenny’s victories are confined to history, fantastic history for them; poor history for us, unfortunately,” he smiled.

“It is the here and now, and what we can do in the future is what is occupying us now. There is a consistency Kilkenny reach that the rest of us need to get to.

“At various stages we all are capable of getting to it, but none of us as yet have been able to sustain it as Kilkenny do.

“Even if they are only trading blows with you 50/50, they seldom let the intensity down at crucial periods. Directly after half time they generally attack. Up to half-time they can ebb and flow.

“Any team could find themselves a few points to the good at that stage. But they are a really, really strong second half team. They can put you to the sword if you are not ready.”

Ryan, who was born in Upperchurch, was a former dual player with the county. He made 24 hurling championship appearances with the county, and won one All-Ireland medal.

He said he was enjoying the role of manager, having taken over from Eamon O’Shea.

He served as a selector with O’Shea and All-Ireland winning manager of 2010, Liam Sheedy before that. He was now in his seventh year with the team.

“The difference for me now is that the buck stops with me,” he said of his elevation to the top job. “I am the one who needs to make decisions.”

He said he always felt a sense of shared responsibility, even when he was a selector with Liam and Eamon.

“It is much the same now,” he assured. “I am pushed out front now and I meet you guys more. I am very well supported.

“There are very strong characters behind the scene. Obviously Declan Fanning is the coach, a really good coach. John Madden and Conor Stakelum are selectors. They are all of my vintage.

“They are strong characters, very solid, grounded fellows. They really do carry the load with me.”

He said he was never afraid to look for help or advice. O’Shea and Sheedy were always there. Likewise former stars like Nicky English and Bobby Ryan, to name but a few.

Did he feel under pressure to produce, seeing that he has been part of the set-up for so long?

“I do think, unlike a brand new appointment, I think I am not entitled to much grace to be honest,” he offered. “I am in my seventh year involved. If you search out around the county you will get plenty of opinion on that, that I am here too long.

“To be fair, and I acknowledged this at the beginning too, I cannot afford to get it wrong. I think that is very fair. I have been here long enough.”

He was after all, named as O’Shea’s successor, a year before he took over as manager. He felt there were positives and negatives to doing the business that way, but he felt it has worked out well.

“We didn’t have the success we wanted to have before this, but that was no one’s fault,” he said.

“But we absolutely believed we had embarked on what was the right course for this bunch of hurlers at this period in time.

“It was done to make sure that would continue. Too much change of personnel, in our experience, and I would have experienced it as player, is not conductive to building a team or laying the foundations for the future.

“The model we all aspire to is what they have achieved in Kilkenny. The kind of longevity Brian Cody has achieved is unbelievable. There are not four or five managers in the history of the GAA, I would imagine, who have given that sort of service. It is so successful.

“It is not the only component why Kilkenny are so successful, but I believe it to be a feature.”

In terms of his philosophy on the game, it would be a mix of the Liam Sheedy and Eamon O’Shea approach.

“What you would have seen in 2010 was a really good mix of the intensity, the high work-rate that Liam would have brought to the table, but twinned to the work Eamon did as coach. It was with a very talented bunch of players, let’s acknowledge that.

“We really opened up the minds of the players to play the game, trust their skill and use space. We encouraged them to take chances and express themselves.

“That is really what we hope to recapture, that sort of blend of hard work and intensity and yet giving guys plenty of freedom to express themselves. We are still striving to get that balance right. It is difficult to achieve.

“Don’t for a second think we achieved it every day we played in that era between 2008 and 2010. When we got it right it was perfect, really good. It was never a given. You could never say you had it nailed fully.

“You are always striving for that,” he said.

The Tipp boss was asked how close did he think the game was to maximum effort from players, with teams smothering each other in terms of effort?

He admitted he didn’t know where hurling can go in terms of effort. It was constantly getting better.

“I am constantly surprised at things our players are able to do,” he admitted. “I am gobsmacked at what they are able to achieve with such little time on the ball. It is the same with other teams as well.

“What Waterford and Kilkenny produced in Thurles in the semi-final replay was phenomenal, particularly in the opening 25 minutes. You struggled to keep up with it. In terms of the lads effort, it is a total effort they are giving. Absolutely total.

“What you are seeing is the next generation evolving, flair players coming through. They may only be once in a generation players, the likes of Conor Gleeson, a fabulous hurling talent.

“I have seen them coming through in various counties. Waterford seem to have a lot of them at the moment, which is a great position to be in.

“But they are sprinkled everywhere.”

He said the loss of Michael Fennelly from the Kilkenny team wouldn’t change their attitude or approach to the final. He said he was very disappointed for Fennelly, who he knew well, that injury robbed him of the chance to play in another final.

When Tipperary and Kilkenny meet, he said, you generally get all the best attributes of hurling packed into 70 minutes or whatever, be that incredible skill, huge intensity or real man to man clashes.

“The given here is that Kilkenny are past masters at all this,” he continued. “They know the level required, and they will get to it. The variable is the rest of us.

“Will we get to the level? Can we sustain the level?

“Can we break through any perceived glass ceiling that is there? In fairness, no one created those glass ceilings only ourselves. Kilkenny have not been a sitting target for anyone. They have evolved.

“They have had a change in personnel. But the constant is the intensity.”

Tipperary’s one point win in the semi-final over Galway, although they didn’t set Croke Park alight, was most encouraging. After losing out in close finishes in too many big games in recent time, they got to sample the good side of things.

The words to inspire the troops will come from somewhere, he said, but Ryan was sure he wouldn’t be looking back to his own playing days for uplifting memories.

“No,” he insisted when asked. “I don’t recall a period of my own game because it was pedestrian relative to what these guys are doing. That is the truth. There is zero comparison.” 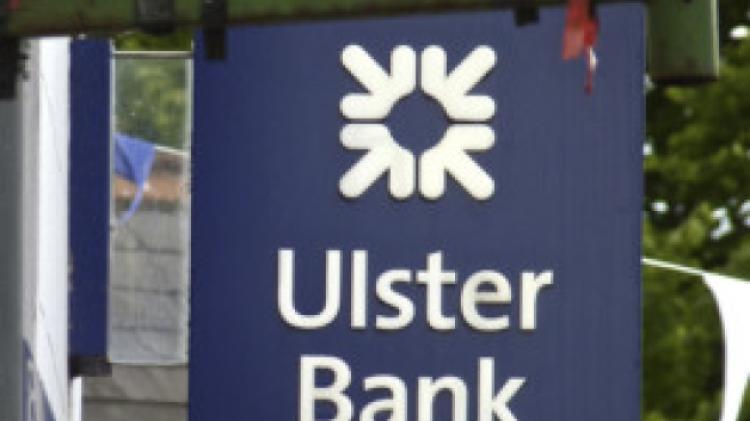