What a start, but then nothing! 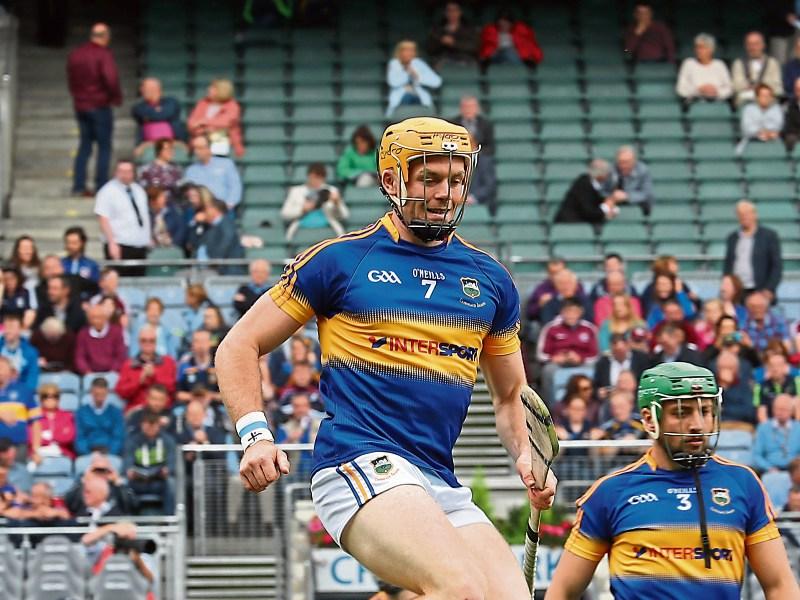 Tipperary hurling looked set to shoot into the skies when they stopped the Cats ‘Drive for Five’ in 2010 when Eoin Kelly captained them to All-Ireland victory, but the plane never got off the ground afterwards.

Now six years on, Tipp are still looking for their next success.

“If you asked me the week after that win what next, I wouldn’t have said that would happen, but it has,” admitted towering defender, Paudie Maher, who was one of the Premier heroes on the day.

Tipp qualified for two All-Ireland finals afterwards, but lost both, one after a replay.

“We have taken a lot of hits along the way,” admitted the tough-tackling Thurles Sarsfields defender. “We have gained a lot of experience too. Our panel is still fairly young. Bar two or three in the panel of 36, most are about 26/27.

“We have been in this position before. How many finals it is now? We are preparing for a fifth final against Kilkenny.

“We have only come out the right side once, so we have to find something different this time to get over the line. We were close the last time.

Puck Of A Ball

Maher got two or three stitches in a head injury after an accidental clash in the semi-final win over Galway, but victory wiped away the pain, he laughed.

The former All-Star was in top form that day, and his class contribution included a point from play, plus an even more valuable goal saving second half hook on Galway forward Conor Cooney, who looked set to burst the net.

“Obviously at the time in the game it was vital to get back,” he said of that piece of magic, one of the crucial moments in the championship. “I was racing back calling someone and I turned around and happened to see him at the corner of my eye.

“It was vital. The game was coming down to small margins at the time. Isn’t that what they say? That was one of them.”

Maher (27) is young, and yet is old enough and experienced enough to have seen major changes in hurling.

“There are so many different systems and stuff now. Teams are working back defensively and then coming forward again, tracking players. Your concentration levels have to be so high.

“As I said earlier, Conor Cooney got away from us that time because they were switching so much. Now you have to concentrate on where the nearest man is. A small thing can change a game.”

In terms of preparations, in other years he worked with trainers who concentrated on lifting a lot of weights. While that was fine at the time, the change now is to gain more explosive speed, which suited him a lot more, he reckoned.

“Some other lads might want to get bulkier, but this suits me more to get more mobile around the field. I feel that I have been,” he said of the change of emphasis.

“It has helped my hurling too. Again, it comes with experience and year after year you are learning new things. Things are suiting at the moment, so long may it continue.”

The Tipp approach this season has seen a concentration on getting a better, faster service into the inside forwards from midfield and the half back line.

“We turned away from that the last day, which might be part of the reason we didn’t play as well as we could,” he offered.

“We can’t afford to give away as much ball as we did against Galway when we face Kilkenny, because they will punish us.”

With Ronan Maher beside him, and Michael Cahill behind him, he is surrounded by fellow club players, and the understanding is natural at this stage.

“It helps a bit in terms of communication, and we know our game from the club as well,” he said on that one. “As a defensive unit we have been happy with the way the year has gone.

“The two goals we conceded against Galway were disappointing, but at least we have another day out to rectify that.”

He is thrilled with the approach taken by manager, Michael Ryan.

“Mick was there in Liam’s (Sheedy) time, and then he got a couple of years under Eamon (O’Shea),” Paudie reminded. “He has picked up a lot of experience, and now he has added his own ideas too.

“Mick brings a lot of honesty to the table. Once you are willing to put in the graft and are willing to try and do the right thing, he will back you up all day.

“That has been showing in our performances, in the way we are playing.

“There is more enjoyment, and there is no fear in us any more. Please God we will finish the year on a high.”

So what about opponents, Kilkenny, who some suggest are vulnerable in defence?

“I thought they played very well against Waterford, in the full back line especially,” he replied. “Paul Murphy is one of the best corner backs in the country, consistently over the last couple of years.

“When were they really taken to the cleaners back there? They haven’t been. If they weren’t good enough I don’t think Brian Cody would have them there.

“They are doing fine at the moment. But if we get the ball into the three boys we have in there, they will punish anyone, never mind Kilkenny.”

He said like Waterford, Kilkenny do a fair bit of rotating of players in attack, so defenders had to be ready.

“They say Kilkenny don’t do tactics, but I think they work to their structures very well,” Paudie offered. “They work very hard for each other. They always seem to have bodies in the position where the ball is.

“That comes from constantly sticking to their plan, year in year out. It’s very hard to break down.

“People say you could have a tactic for this player or that player, but when they bring the intensity that they do to a game, tactics go out the window at times.

“For us it is about matching that, bringing the bit of composure with it that maybe we can give the right delivery to our forwards.”