No set team - the one you believe in is the one for the day! 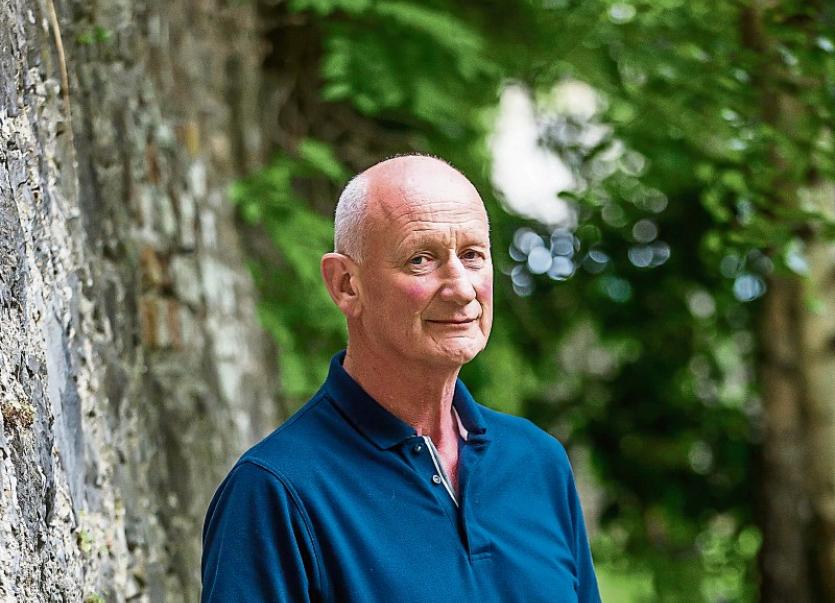 Getting the mix and combination within the team right occupies Kilkenny more than any consideration of having a settled team.

The team you think will win is the right one, and if it involves three or four changes to the one that won the previous match, so be it Kilkenny manager, Brian Cody has suggested.

The James Stephens man is preparing to lead the county into what will be his 15th final since he took over from his cousin, Kevin Fennelly, in 1999 and he looked relaxed and totally at ease when he faced the media at the All-Ireland final press night in Langton’s Hotel.

“It is the biggest challenge you can face, and against Tipperary, ” was the way the 11 times All-Ireland winning manager described Sunday’s big showdown.

“There is an awful lot involved. It is a huge day for both counties, supporters and everyone else. The only certainty is that the challenge is huge.”

He confirmed that all in the Kilkenny camp, bar Michael Fennelly, were fit and ready for action.

At the time of talking, he said he had not idea what the team to face Tipp would be.

JK - What is the process involved there? Sometimes it appears you go through the team 1 to 15 every time you pick?

BC - There is the bones of a team there all the time. It would be stupid to suggest otherwise.

There are always a few decisions to be made about a few places. You look at training and see are players putting their hand up for inclusion.

They have to be showing a competitive attitude to be considered.

The four of us, Mick (Dempsey), Derek (Lyng), James (McGarry) and myself discuss lots of things. We would all have our own instinct.

“We have a very, very strong panel now and there are serious decisions to be made every day we sit down to pick a team. There are players vying for positions all over.

JK - But what exactly is the process?

BC - We sit down and talk things out and come to a consensus. If you ever get to the stage that you think everything is automatic, then you are in trouble.

We have competition for all places. The players stay competitive because they know they have to be.

It is not just team management drives this. The fellow eyeing up a place is ensuring there is competition. That has always been the mentality of the players.

They watch. They know if a guy is playing out of his skin who is after their place. Things should be like that.

JK - What exactly are you looking for in players or is there a personality type?

BC - It is not just me, there is a management team. I don’t have a personality type. It is important that each individual be the individual he is.

He is brought in because of his ability, his level of skill or whatever it is, the qualities he has as a player.

You bring him in and give him the opportunity to develop. At the same time he needs to remain the person he is.

We don’t want him turning into something he is not. Then obviously you look for improvement in all the various aspects of his game.

In the environment of the panel you can see the desire he has and everything else. It is important not to be afraid of who you are.

JK - If a lad has all the skill in the world but he hasn’t the desire, you don’t want him?

BC - It is not a question of we don’t want him. We discard no one without giving him every opportunity and bit of advice you can.

At the end of the day if a person hasn’t the desire to make the best of what they have it won’t work.

The panel is not a place for a person without real ambition. It is sport at the top level.

Any person who wants to be involved in sport at the top level automatically has to be ambitious.

JK - Keeping things at the top level, this being the 15th final in your time, has it been hard, draining?

BC - I don’t see or think of things like that. It is an enjoyable thing to do. I am not the only person involved here.

There is a host of people doing lots of valuable work. The drive is there with everybody to do what has to be done. It is enjoyable.

JK - People talk about Kilkenny getting to the end of a great run, as if it were one team. But there has been a massive turn over of player over the years, hasn’t there?

BC - That is the natural order of things. The progression is there, it has to be there.

Things move on. Your sporting career only lasts a certain length. At the level the game is at now you are being challenged in a serious, serious way every day.

The challenge is great. People do that for a certain length of time.

It is a question of making sure there is always a continuation. You are always looking at players who can carrying it on.

JK - It is not unusual to have players in the squad two or three seasons, but what are you looking for from the lads who are not to the fore regularly, as in Liam Blanchfield and Mark Bergin the last day?

BC - Again, it is not just me. They are getting top advice on important things like fitness and conditioning with Michael Dempsey, James, Derek and others involved. They are also learning from each other to see what is required.

They see the way the team plays and how certain individual play. They learn from that. Then they test the waters to see ’am I able for this’.

It is great thing to be involved in. Then you see can they go to the level where they will be vying for a place on the team.

JK - When do you judge a lad has taken a step, and you have to do something to edge him on?

BC - It is just something you see. You make a call on those things and judge each player on his merits. You have an instinct for it, I suppose.

It could be a player coming in for maybe one, two games or part of a game. He may not be involved again for a while.

It could be a player getting in and staking a claim straight away. There is no set way of doing it. It is an individual and instinctive thing.

JK - It is as varied as the individuals then?

JK - Michael Fennelly is injured, which is very sad, upsetting for some even. Management can never let such things become a distraction though?

BC - The reality is it is a whole panel thing. That is a huge blow for Michael, and Ger (Aylward) or whoever is injured.

Richie Power thought he would be hurling this year, but he is not. Injury is part and parcel, unfortunately, of sport.

But you can’t allow anything to become a distraction. It is not any service to the player who is injured to allow it to distract.

We are involved with a panel of players. Things go ahead. They have to go ahead.

The injured players remain part of our set up the whole time. Whatever is required for them to recover and get back into action has to be paramount.

JK - You speak about trusting players. You have fair trust in your (the selectors) own judgement going on some of the calls made on players over the years?

BC - Again you talk about the panel. No one has to come in and do anything fantastic. They come in and bring their quality to the team, or whatever they can offer.

Be there and do the things you do with your club, train and play is what we encourage. Come in and be yourself. Bring what you can to the team.

Sometimes it works. Sometimes it may not. But even if it doesn’t and you are working for the squad, you contribute.

JK - Kilkenny got a magnificent response from the squad against Waterford in the semi-final replay. How do you get a greater effort than that?

BC - You have to. You have to because the performance the last day won’t be good enough to beat Tipperary to win the All-Ireland final. That is the reality.

JK - Where do the players get more?

BC - It is the collective thing, I suppose. The players drive each other forward. They take on the challenge.

Even the occasion can make you go to places you haven’t been before. The final is a whole new ball game.

That is what sport is about. You see it happening all the time.

JK - Tipperary are a fair outfit?

BC - Brilliant. We are playing an outstanding team. Would I say that about anybody? Yeah, you can say that but there are no grey areas here. Tipp are a top team.

JK - Can Tipp turn pain from the past into something serious with which to hit you?

BC - That is for them. Who knows. The only game that matters is in Croke Park on Sunday.

JK - You have enjoyed decent success against Tipp in recent years?

BC - We have had decent success. That is of no use to us in the final this year. That is all in the past. Now is now.