Intensity step up for All-Ireland final, but Walter is ready to take it in his stride 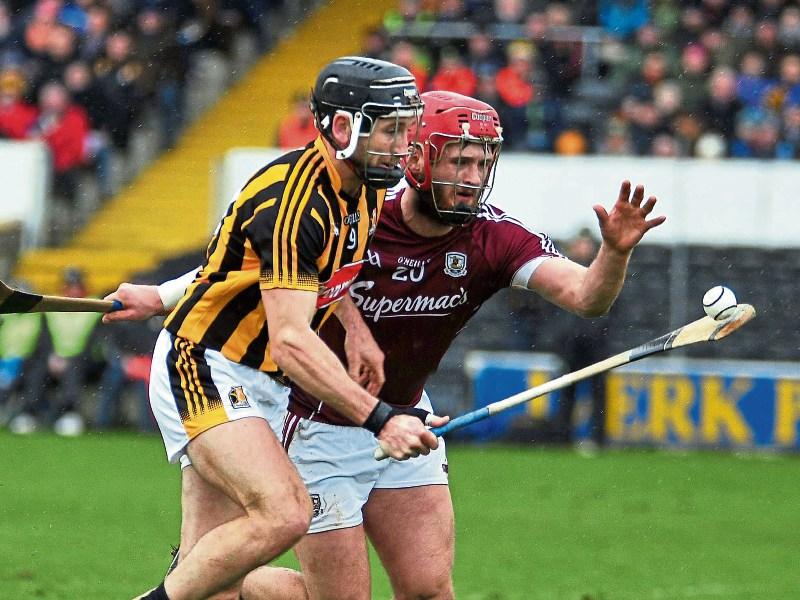 He will forever be associated with ‘that’ replay in 2012, but Walter Walsh has come a long way since lighting up the GAA’s big stage - and how grateful Kilkenny are!

The Tullogher-Rosbercon man has been a key part of the Cats’ attack this year, his strength and size helping a team who have risen to the challenge as the intensity from opponents grows and grows.

Dublin were the first to lay down a challenge, but since then the tests have become tougher and tougher...

“Looking back on those games they were very intense and very, very tough,” he said. “Against Galway it was Richie (Hogan) who came on and turned the game for us.”

As you’d expect from the final laps of a race, the championship got even hotter as the number of contenders fell by the wayside.

“The two Waterford games were crackers to watch, but they were tough to play in,” he smiled. “They were tough, hard-fought games and we were lucky to come out on the right side.”

It wouldn’t be tough to pick Walsh out when he takes to the field - the Tullogher man is 6’5” and 15st 6lbs - but this year he has come in for more than his fair share of attention from opposing defences. However, he has taken the physical battles in his stride.

“To be honest I hadn’t noticed it, but you like every element of the game and that’s a massive part of it,” he said. “You try to win the physical battle, win the ball over your man whether it’s physically or not.

“You don’t relish that one part of the game over any other,” he added. “It’s winning the game that’s the best part. It’s all about winning.”

That line about winning summed him up to a tee. Speaking after the Leinster semi-final, Walsh admitted that he doesn’t pay too much heed to the scoreboard at half-time - the only time it matters is at the final whistle.

“That’s it exactly,” he said. “The scoreboard is irrelevant until after the referee blows that whistle for full-time. You have to look at the game that way. If you’re distracted by the scoreboard, the crowd or anything, you won’t be able to perform to the best of your ability.”

When players are immersed in the bubble that is the championship they don’t see things like who has been tipped to win the title. Champions Kilkenny were seen as second best to Tipp in the Liam MacCarthy Cup stakes. It came as a surprise to the pundits, especially with the Cats chasing a three-in-a-row, but the players didn’t focus on that title speculation.

“You have so much to do, from fitness to getting yourself right coming into the League,” he continued. “Then the League becomes your objective but, gradually, as the Summer goes on, you’re thinking of the championship and All-Irelands, but you never look ahead of the upcoming game.

“You’re always looking forward to that next game,” he said. “Any further and you could be caught.”

Coming a cropper before the big day was almost Kilkenny’s fate this year. Waterford came close to ending their MacCarthy Cup quest at the semi-final stage, but were flattened when Walsh netted a precious goal to level matters late on.

“I didn’t have much time to think when I got the ball,” he said, recalling the moment when his goal flattened the Deise. “Colin Fennelly did a lot of the hard work, winning the ball before popping it off to me. If I missed that I would have been in trouble, but thankfully it went in.”

And that feeling when the sliotar flew in? Elation, relief?

“I barely saw it hit the net,” he admitted. “I was hit the outcoming goalie (Stephen O’Keeffe) so I was lying on the ground!

“It was different from any other goal you score where you can celebrate, but I was on the ground so I didn’t have that opportunity. That said I was delighted to see it hit the net. We needed that score at the time to push on, so it was massive.”

That score was vital, but Walsh was quick to deflect the praise onto another colleague.

“A lot has been said about the goal, but Conor Fogarty’s point levelled the game in injury-time,” he said by way of reminder. “That was a massive score - it was a great point from out past midfield.

“A lot of credit should go to him and to the backs for the way they worked the ball outfield, as that score was the reason we were able to play the next day.”

While Walsh was quick to heap praise on Fogarty’s point both scores were lauded for how the score-taker used instinct and composure in equal measure.

“You don’t have time to think - you just do it,” Walsh said. “The same goes for any game. You might be wrecked, but you have to go or do what comes to you, whether that’s tackle somebody or take a shot.

“If you take time to think you’ll be a step behind your man. You need composure in those situations. Conor showed that, first with an unbelievable touch before putting the ball over the bar. It was a brilliant score.”

The Kilkenny players were grateful to get a second chance, but it was how they took it which impressed the most.

“We were lucky to have another chance and knew we didn’t do ourselves justice in the drawn game,” he said. “We had to get our heads around the fact we had to up our work-rate and work for each other. I know there was only a puck of a ball between the teams in it at the end but our body language, everything, was different on the field. We worked harder, got in more hooks and blocks, more tackles. We knew we had to work harder if we wanted to reach an All-Ireland final.”

Thurles seems to traditionally bring out the tigerish attitude in Kilkenny - there was a bit of meanness in the team as they went toe-to-toe with Waterford that balmy Saturday night.

“We want to be in the All-Ireland final on that first Sunday in September,” he said. “That’s what it is - if Waterford had beaten us we’d be watching them in the final. It would be a hard match to watch,” he said. “You’d be jealous, so you have to be ruthless in semi-finals.”

It’s incredible to hear that, even after all they’ve won, Kilkenny players would be jealous of other counties if they made a final at their expense. The Cats have a real hunger there, but Walsh knows where it originates.

“It comes from management,” he said. “Brian Cody and the selectors are hungry for it every year. We set out to win an All-Ireland final - if you don’t it’s seen as a poor year for Kilkenny hurling.

“From a player’s perspective the hunger comes from competition for places,” he said. “You want to play and you want your place. You have to be hungry to win that position and then, when you’re playing, you have to do your best or someone else will be there the next day. The hunger comes from that competitiveness.”

Walsh admitted to getting a shock when, in 2012, Brian Cody flipped the chart over to reveal the Tullogher man had made the team for that All-Ireland replay. Since then he has made the transition from a surprise inclusion to an attacking mainstay. His situation may have changed, but the feeling of making the team is still the same.

“I’m playing a lot more in the last two years than I have the two previous,” he said (he’s actually started all championship games of 2015 and 2016 to date).

“I’m getting a bit older, but it’s still brilliant to make the team. All I wanted to do is play with Kilkenny and to try and give my best when I’m on the field. That hasn’t changed - going into meetings you’d still be nervous that your name wouldn’t be there - so it’s a thrill to be named in the team and to have the chance to represent your county. It’s what I’ve always wanted to do.”

And being in the team for a crack at a traditional rival like Tipp? It doesn’t get any better.

“They’re an excellent team with wristy hurlers who can put the ball over the bar from any distance,” he said, running the rule over Sunday’s opponents.

“They’ve been our biggest rivals over the years, particularly since I started playing with Kilkenny. Tipp are the team we’ve always wanted to beat and I’m sure it’s the same for them.

“There’ll be nothing in the game,” he finished with a smile. “It’ll be another cracker.”