The Cats are primed for victory! 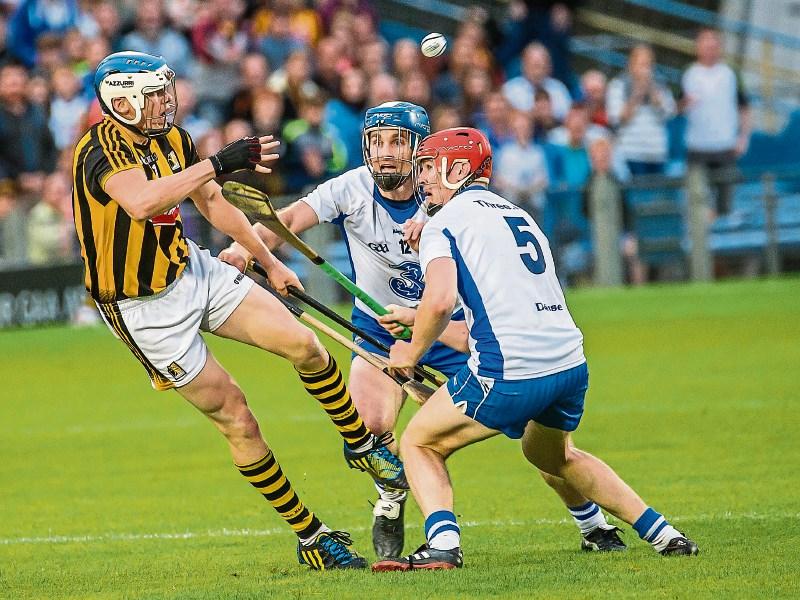 Let’s take a reality check here. Leaving Croke Park on Sunday after the All-Ireland senior hurling final, Kilkenny fans will be hoping their favourite number of the day - 37 - has come up.

The county sits proudly at the head of the Roll of Honour at the moment with 36 MacCarthy Cup wins.

Challengers Tipperary lag a fair bit behind on 26.

The honours list has changed dramatically in recent times.

Noreside supporters, particularly the younger ones, link victory and All-Ireland final day in a far simpler and more casual way than do us more mature folk.

The reason is simple, they have grown up in a golden era of Kilkenny hurling when victories far outnumber defeats.

In the Brian Cody era the breakdown is - 14 All-Ireland final appearances; 11 victories.

Sure how could our young people be conditioned any other way?

Yet we still lag behind our two greatest rivals, Tipperary and Cork, who have All-Ireland final win ratios of 70% and 61% respectively.

Ours, for all the thrilling wins of modern times, is a 59% strike rate.

One has been in this job a long time, and you know there were decades when we felt an All-Ireland three in-a-row would never be ours to celebrate.

However, the hat-trick seemed an elusive dream.

Our destiny seemed to be to follow Cork and Tipperary in the league table.

We convinced ourselves that was because they had won five All-Irelands each before we claimed our first in 1904.

They stayed ahead for a long time, but now the Cats are the rabbit to be chased in this hurling race.

There were also the individual records. Most of us grew up thinking the eight All-Ireland wins of Christy Ring (Cork) and John Doyle (Tipperary) might never be equalled.

Then Noel Skehan (Bennettsbridge) sneaked up to the mark.

Better followed during the Cody era as Henry Shefflin (10), J.J. Delaney (9), Jackie Tyrrell (9) and Tommy Walsh (9) passed the mark, and Michael Fennelly (8) and Eoin Larkin (8) got to the once apparently untouchable figure.

And then to make things infinitely better, a fourth was added in 2009.

Sure we didn’t know ourselves.

And here we are heading to Croke Park again with the chance to win another three in-a-row.

We must have done something to please the god of sport, and he has blessed us!

He sent us Brian Cody. The James Stephens clubman will lead the county into the 15th All-Ireland final in his time on Sunday.

The 11 victories are astonishing, by any yardstick.

Sure we don’t know ourselves.

But we appreciate, and we appreciate too the threat posed by a Tipp team that only a few weeks ago looked the one to beat in the championship.

At the end of the provincial championships, Michael Ryan’s nice moving crew looked the best team around. Definitely!

There was nothing wrong with Kilkenny’s conquering of Dublin and Galway in Leinster, but there appeared to be more depth to Tipp as they showed skill, muscle, maturity and authority as they blasted Cork and Limerick before taking Waterford asunder - admittedly an error prone Waterford - in the Munster final.

The next step taken by both changed the apparent scenario, however.

In their All-Ireland semi-final against Waterford, the defending champions rode their luck.

They earned a draw the first day before winning the replay, which was the game of the season to date by the proverbial mile, by a mere two points. In the context of that hectic battle, two scores was a mile.

In their semi against Galway, Tipp missed a beat. The swagger of the Munster final was gone.

They had to dig out a win in a tight, tight finish.

A point was the slim divide at the finish, but the achievement was huge for a county that has lost a fair share of close contests, many against Kilkenny, in recent years.

The boost of winning in a ’near thing’ was mighty for the challengers at they looked to the final.

Tipp, the Mahers’, Cahill, Kennedy, McCormack, McGrath and that genius finisher, Callanan, and the rest will arrive in Croke Park in great fettle.

When the battle was white hot against Galway in the dying stages, they showed a cutting edge that must have pleased Ryan no end.

Decorated with a class and a badly needed goal scored by sub John ’Bubbles’ O’Dwyer, their resourceful attitude suggested Ryan might have unearthed the missing piece that saw them stumble in tight situations in the past.

Tipp believe they have found the missing piece to the jigsaw.

The view from their press event was that they won’t blink this time against the strongest, most severe glare from their opponents.

Their team won’t change much in terms of personnel from the semi-final side, it was suggested.

O’Dwyer might force his way into the starting XV, but that should be the sum total of the changes.

Ryan has put his cards on the table.

“Matching Kilkenny’s intensity is the starting point,” he insisted.

An obvious assessment after the helter-skelter ride in the replay win over Waterford.

The sustained action, excitement and sheer speed of the play during the opening 25 minutes or so amazed, the best one has witnessed.

The teams tried to drown each other in a flood of effort - with massive skill too it must be added - but as ever, Kilkenny out-did the opposition.

The Cats invented the ‘relentless game’. After years of practice, they have perfected it.

They have been playing it so long now they are simply better at it than all the rest. And championship time is when they shine.

Cody and his management team of Michael Dempsey, James McGarry and Derek Lyng had the team perfectly primed for the semi replay.

They sprung a surprise by giving Liam Blanchfield - he rewarded their trust by scoring three points - and Mark Bergin their first championship starts, although the inclusion of Eoin Larkin was less of a surprise after a good showing when coming off the bench in the Leinster final.

The approach was typical of Cody, who has never been afraid to reward training ground form with inclusion in the team, at any level of competition.

“We wanted to freshen things up,” was his simple explanation afterwards.

The win over Waterford came at a cost, however. Michael Fennelly ruptured the Achilles tendon of his left ankle.

His season is over. The versatile Ballyhale Shamrocks man is a huge loss.

As ever, Cody will attempt to turn the darkness into light by presenting the loss as a challenge to the man to take Fennelly’s place, and to the team also.

Who will it be? You would want to be at training every night to be sure, but it might lead to a recall for Kieran Joyce to the centre of the defence.

He was taken off in the draw against the Déise, and was overlooked for the replay.

Robert Lennon, who did well against Dublin and had a fine Leinster final too, might get a recall.

Remember he played against Tipperary in the National League in Nowlan Park earlier in the season and he did well against their bustling centre-forward, Patrick Maher.

Otherwise the defence will remain the same, with all the players currently enjoying terrific form.

Take Paul Murphy as an example. He is a corner-back, yet he engineered the closing point in the last two games, for Conor Fogarty and Richie Hogan respectively.

Where would you see it? He is enjoying some season.

Joyce or Lennon is the choice so? Take your pick, because with Fennelly out the likelihood is that Conor Fogarty will return to midfield after a brief fling with the centre-back role.

Richie Hogan could easily be his partner, with Lester Ryan very much in the mix too.

One would expect Larkin, who is a great warrior and playmaker in situations like this, and Blanchfield to be retained in the attack. Jonjo Farrell will be in the mix here too.

Here the form of the players is mighty too.

What a match Colin Fennelly had in the semi-final replay. After winning the first ball in a neck-and-neck sprint against Barry Coughlan, he gobbled up every other ball - all well delivered - with a belief he couldn’t be beaten.

This was Fennelly performing above anything we have seen from him in a while. Okay, he has been a great worker within the team.

That evening in Thurles he regained his finishing touch. He looked like a man capable of scoring every time he contested the ball.

It is a nice way to be going into an All-Ireland final, with confidence flowing.

Current Hurler of the Year, T.J. Reid, produced season high form in Thurles also. And sure Walter Walsh has been flying. There is a guy who has grown, in a hurling season, in 2016.

Tipp are good. Callanan is their usual match shaper. When he was held by Galway, others took on the responsibility and made big things happen.

That must have pleased Ryan and his selectors.

Kilkenny have their big game players, guys who are capable of beating anyone, any team on any given day.

In the belief that Kilkenny have more men with that special touch, we believe Mac can be making a return journey to the Nore.

But getting that victory won’t be simple, and it won’t be by much of a margin either.

This is the seventh clash in a final between the counties since 2009, or eight including the drawn All-Ireland of 2014.

This is the fourth meeting in the championship. Currently the Cats lead the series 5-1.

Tipp’s one success was in 2009 when they stopped the Cats ‘Drive for Five’.

Tipp are deadly dangerous. The Cats know the extent of the challenge, and they are ready......ready for victory!

Young and old can celebrate together this time!