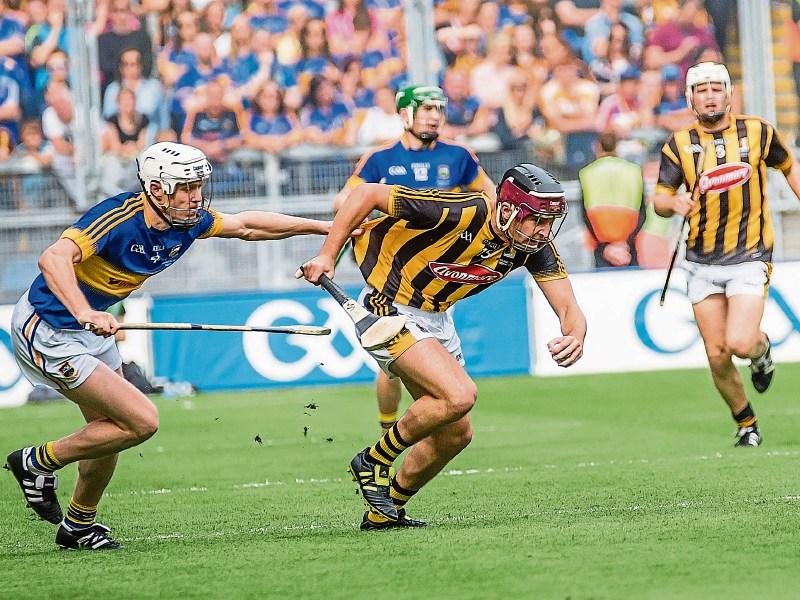 The truth may not always be palatable, but it is reality whether we like it or not.

And there is no use skirting around the undeniable truth from Croke Park on Sunday - Tipperary were the better team.

Kilkenny, as ever, were proud, utterly defiant and put all that was in them into the effort.

It wasn’t enough to halt the Premier County’s climb to the summit in the All-Ireland senior hurling final.

We could say ‘Tipp did a Kilkenny on it’ and beat them hands down at the pressure, pressure game the Cats have perfected over a decade and more of practise.

Whatever, this was Tipp’s day, and six years after claiming their previous win against the same opposition, they registered their 27th MacCarthy Cup triumph.

And my, how the players and fans celebrated the ending of the drought.

“We have suffered enough,” proclaimed beaming team captain, Brendan Maher, when he took hold of ‘Liam’.

In the end the Munster champions might have won by more, but the losers defence that had been dragged and pulled all over the place all afternoon hung on, grimly.

It had to, because the flow of ball towards their territory at the Canal End was a torrent at times in the second half as the forwards found it hard to not only win, but keep ball at the other end.

The loss of 12 of their own puck-outs during the first half was a warning for Kilkenny, but against an inspired unit led brilliantly by central defenders, James Barry and the peerless Ronan Maher things didn’t get any better afterwards.

In fact, things were worse!

And with an ocean of well directed ball coming their way up front, the trio of tricksters on the Tipp full-foward line reaped a magnificent harvest.

The 2-21 claimed by John McGrath (1-3), John O’Dwyer (1-5) and Séamus Callanan (0-13) was absolutely magnificent, and damaging in the extreme to Kilkenny’s bid for an All-Ireland hat trick.

And you know, Tipp clicked through the gears when the challenge was really put to them.

During the first half the Kilkenny form was sketchy. Five of the points conceded - one each to McGrath, Seamus Kennedy, Callanan, O’Dwyer and Patrick Maher - were taken off ball that was surrendered or fumbled.

Yet, Kilkenny did most of the leading, and they looked the more likely team to score a goal.

There was a chance in the 18th minute - Liam Blanchfield started a move that was continued by T.J. Reid, but Colin Fennelly’s shot was saved as the expense of a 65 by goalie Darren Gleeson, whose monstrous puck-out were landing near the opposing 20 metre line.

Then on 23 minutes there was another opportunity - a long free from 40 metres on the left by Eoin Murphy saw the ball break around 12 metres to the right of goal; Eoin Larkin pulled first time, but the ball flew wide.

Against that Tipp created an opportunity in the 16th minute, but Cillian Buckley took the ball off the goal line.

The defending champions had been out-worked and out-muscled too, it must be said, by the time half-time was reached. The Tipp tackle count must have been extraordinary!

In the sprint to the rest Seamus Callanan used his raised hurley over his head like a wand to charm the ball into his possession before shooting a lovely point, and John O’Dwyer converted a free from all of 85 metres to make up the divide.

There were serious figures to be considered, however. The wides tally read 8-5 against Tipp. They threatened more often.

After Callanan and T.J. Reid traded pointed frees after the turn the Cats threatened the Tipp goal again at the Hill 16 end. This time Colin Fennelly skinned his man.

He worked the ball to the most threatening attacker of the day, Kevin Kelly, who was simply crowded out by a no nonsense, massed defence.

Shortly afterwards T.J. Reid slipped the Cats in front from a free after a Richie Hogan delivery led to the ’keeper fouling the ball.

Better was to come in the 42nd minute in the shape of a goal.

Kevin Kelly plundered the score. He finished from the right edge of the square after Blanchfield worked the ball across the face of goal after the initial break was made by Walter Walsh.

We dreamed of more third quarter fireworks from the Cats!

There were fireworks alight, but they exploded at the other end.

During the next eight minutes Tipperary bombed the opposition. They shot 1-3 without reply to turn a deficit into a solid lead.

The first point fell to free taker Callanan after a foul on Dan McCormack on the 60 metre line. Then Noel and John McGrath worked an opening for sub Jason Forde to register a minor with his first touch.

On Tipp charged. John McGrath and Brendan Maher put a slick move together that was finished by Callanan.

Within a minute the ball was in the Kilkenny net. John O’Dwyer made the best of things when a defender lost his hurley, and his vicious angled drive from the left ended with the ball nestling in the bottom far corner of the net.

Not only that, they had total charge of the game. They threatened a burial.

John McGrath was prevented from adding a goal when brilliant Kilkenny ’keeper, Eoin Murphy cut the angle as the attacker raided from near the endline on the right.

The ball was scrambled away, but it was claimed by Tipp wing-back, Padraig Maher, who drilled over a point that drew a mighty cheer that rocked the foundations of the stadium.

On Tipp roared, hurling with pace, menace, power and accuracy.

And it could have been worse were it not for the doggedness of the losers defence that was seriously over worked and was being dragged all over the place.

From the 55th minute to the end it was a relatively even affair.

Tipperary have suffered more than their share against the Noresiders since that fateful day back in 2010.

All the longing, all the pain and frustrations were brought to bear in Croke Park, and the hurling show they helped produce was something to behold.

All we can do is raise our hats to magnificent champions!