Fret? No way because history tells us the Cats will be back! 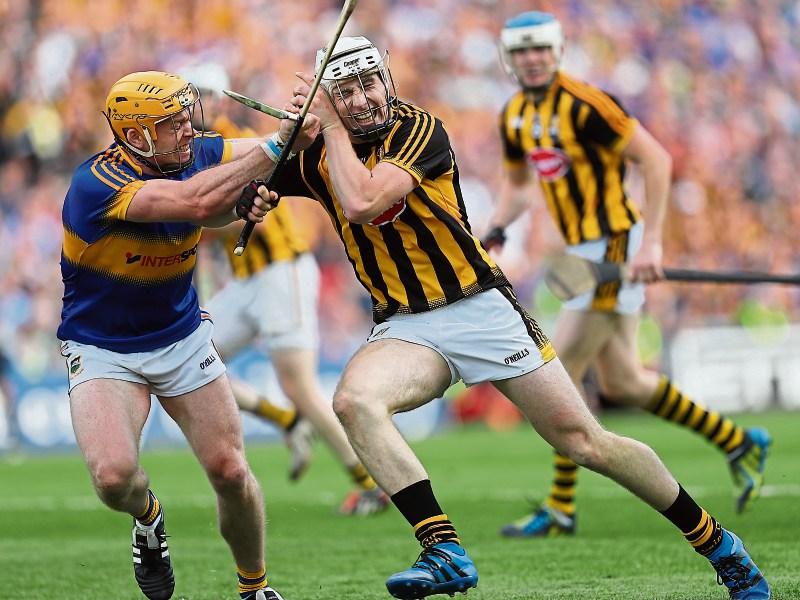 Before we reflect on what was a hugely dramatic day in Croke Park, it is apt, given the year that is in it and the teams that were playing, that we take you back.

We take flight back to a moment 100 years previous.

The year is 1916. Kilkenny are battling it out with Tipperary in an All-Ireland senior hurling final.

As was the norm those days, Tipperary got the better of their opponents. At the end of the game, as the players exchanged words, Sim Walton remarked to his rival Johnny Leahy: “We were the better hurlers, Johnny!” to which Leahy replied: “You may well have been, but we were the better men!”

Fast forward a century and the tables have certainly turned.

Tipperary, up to 1999, have always been able to overcome their striped foes when it came to physicality and they always had the better mental strength when it really mattered.

Step forward a man with a baseball cap who injected steel into his players, made them strong and able to withstand whatever the Premier threw at them.

Kilkenny have beaten Tipperary three times in All-Ireland finals in the Cody era, and the latter were determined not to make it four.

They did so emphatically in Croke Park on Sunday. One thing you could say about Tipperary in recent times is that when it comes to Kilkenny, bar 2010, they never were able to put all the necessary ingredients together to bring down Cody’s giants.

Michael Ryan, now one of the rare few to win an All-Ireland in their maiden managerial campaign, seems to have found the formula. He spent eight years lending his expertise to Liam Sheedy and Eamon O’Shea, learning the ropes for the time when he would take on the mantle himself.

Letting go of players such as Shane McGrath and James Woodlock was not an easy thing to do, but it indicated that Ryan had a clear vision for his county’s future.

He pinpointed intensity as the rock that Tipperary perished on in recent years, and set about correcting that by using players that could do such a job.

In came Michael Breen and John McGrath and they gave the team a new dynamic. Ryan strengthened his panel, and ensured the players that came in were just as good as the players that were on the pitch.

Case in point, the very notion of leaving off John O’Dwyer gives a strong indication of just how strong Tipperary’s panel was, that a player of his calibre might not get into the team for the final.

He wasn’t left off, and combined with Seamus Callanan and John McGrath, formed a deadly full-forward line that scored 2-15.

That is a remarkable statistic, though not from a Kilkenny perspective. It does, however, mean that Tipperary have possibly the most lethal full-forward line in the country.

It may be strange to say this about a team that is not Kilkenny, but Tipperary were the hungrier outfit on Sunday.

From their body language, to their gameplan, it all said one thing: 'we are not going to be beaten today'.

That is a very strong force for any team to come up against, even if you’re Kilkenny and you have exuded the exact same attitude all year.

Alas, we turn to the former champions.

The first thing to say is that they owe the Kilkenny supporters nothing. In terms of commitment and attitude they could not have given any more of themselves.

Particularly this year, when they fought back from the brink of defeat so many times, when a lot of teams would have rolled over and died.

What happened on Sunday will not have eroded the respect and gratitude that people have for this group, management included.

It is sometimes an unfortunate occurrence in sport that when champions fall, they fall spectacularly. A nine point defeat illustrates the point.

It is the biggest defeat Kilkenny have suffered since 1964.

Now for a county that has won 21 titles since then, it does not seem like a big issue, but it paints an unfortunate picture about Kilkenny’s performance.

The short story was that Kilkenny were extremely flat. The long story is a little more complicated.

It is rare that Kilkenny are second best when it comes to basics such as first touch, passing and catching. However that is what happened.

Too many times Kilkenny players fumbled the ball and this led to scores for the opposition.

In terms of match ups, which are oh so important when it comes to All-Ireland finals, Kilkenny got it slightly wrong.

Colin Fennelly was picked at full-forward, and while he played the majority of the game there, his trademark work rate was badly missed in the half forwards, where the wholesale deliveries that were going towards the other end could have been stopped.

It was always going to be hard for the player who had to fill Michael Fennelly’s boots, and that mantle fell to T.J., who struggled and was eventually moved into the forwards to get him more into the game.

Perhaps these changes were forced due to recent injury setbacks, but they weren’t as effective as we have come to expect from Kilkenny.

Believe it or not, there are some positives to come out of this defeat.

In terms of performance, and based on the Brian Cody commandment that 'Thou shall not be fooled a second time by the same team', Kilkenny will bounce back.

Looking into the crystal ball for 2017, the new players that played on Saturday, Liam Blanchfield and Kevin Kelly settled into the occasion seamlessly, which should bode well for them in the future.

Players that have been missing through injury such as Ger Aylward, James Maher and Joe Lyng will be knocking on the door again, as will new prodigies like John Walsh and Richie Leahy.

Provided that Brian Cody decides to go another year, a fresh attack will be launched to reclaim the Liam MacCarthy Cup.