You know it was like watching Kilkenny in blue and gold 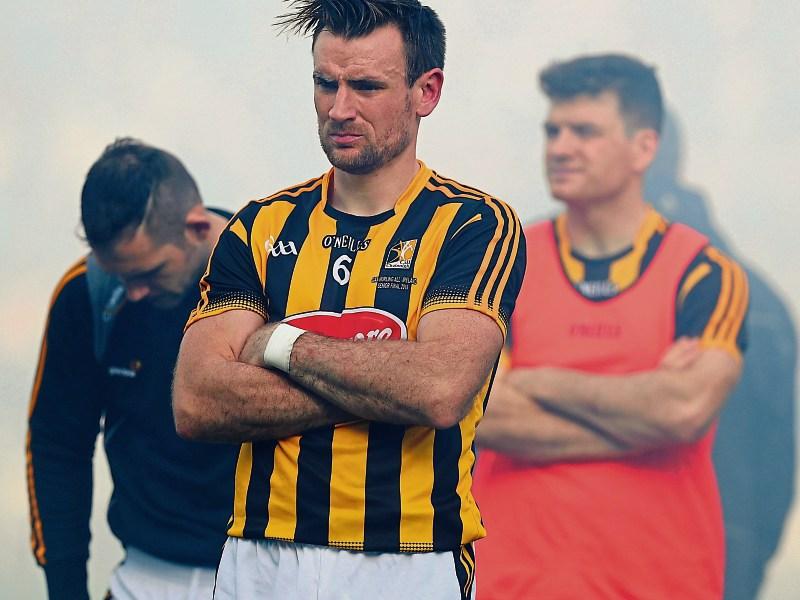 Want the McEvoy verdict on the match? Happy to oblige.

We hereby give the stage to Feargal McEvoy, formerly of the Hebron Road in Kilkenny (just opposite Nowlan Park, in fact), but working as a city planner in Liverpool these past 26 years.

He watched the action from his home in Cheshire and afterwards he offered his verdict. This verdict.

“Outfought all over the pitch, and if Tipp didn’t hit those wides in the first half the scoreline would have been a lot worse.

“They were relentless for 70 minutes. It was like watching Kilkenny in blue and gold jerseys.”

Like watching Kilkenny in blue and gold jerseys. Perfect. As his handsomer cousin I couldn’t have put it better meself.

Admittedly there was one small oversight. Feargal did neglect to mention Eoin Murphy so I’ll do the needful.

Kilkenny shipped a heavy defeat on Sunday. But for the Glenmore man they’d have shipped a hiding.

To the winners go the plaudits. Tipperary were scintillating, worth every point of their 2-29 and one or two more on top. Outstanding performance, outstanding champions.

Back in 2008 Kilkenny hit 3-30 against Waterford. We assumed, if we stopped to make assumptions, that this record All-Ireland final tally would last forever and a day.

Tipperary came within two scores of it, and that was after the aforementioned inaccuracy in the first half.

This was one of the finest displays in the history of hurling. End of.

Michael Ryan put together a combination that had a glorious blend of steel and skill about it. They hassled Kilkenny into unconsciousness, then had the trigger men up front to avail of the work of the labourers back the field.

Kilkenny got outKilkennyed. Someone will shortly, having watched the video of the game, come up with a statistic as to how many Tipperary scores resulted from turnovers, John McGrath’s goal the most obvious of them.

It will not make pretty reading from the losers’ point of view.

There was a reason why Tipperary had managed 12 points from play in the first half and Kilkenny only six. One team was functioning smoothly and creating the space for scores from play.

The other crowd were hanging in there and relying on T.J. Reid to do his stuff from frees.

Michael Fennelly? He was a loss alright, but at least we can be certain that his absence didn’t cost Kilkenny the match.

Where he was particularly missed, mind, was in the first half. The holders needed him there to get up the field, to storm through, to create overlaps and to lay off a couple of passes to a runner steaming through on his shoulder.

To ask the kind of questions of the Tipperary defence that Kilkenny’s forward line were unable to.

Yet even had Fennelly started and finished it wouldn’t have made one whit of difference to the outcome. The same comment can be made about Brian Cody’s refusal to go to his bench until the 61st minute.

Look. You knew this. I knew this. There are dogs in the street of Ulan Bator who knew this, and if they didn’t then the announcement on Friday night of the starting XV would have marked their card. Cody didn’t trust his bench.

That XV included a centre-back who’d been dropped for the semi-final replay against Waterford and two members of the full-forward line – two, not just one – who were making their first championship starts.

In the event Liam Blanchfield and Kevin Kelly did about as well as they were entitled to. The former contested every ball manfully and created the opening goal for the latter, who has every right to look back on his afternoon with quiet pride.

But the pair were never going to displace the volumes of water, and put the Tipp defenders back on their heels, the way the Kilkenny forwards of a few years ago would have.

Not a criticism, not remotely. Not their fault. They just happened to be the men on the scene when the barrel was as bare as it’s been since 1996-97.

(And just for the record: if I were a betting man, which – ahem - I am, I’d happily have a punt that Messrs Blanchfield and Kelly have better days in the stripes ahead of them. What hurts, instructs.)

Back in 2009 Cody pulled the fat out of the fire against Tipperary by getting the subs on and getting them on en masse - Martin Comerford, Michael Fennelly, T.J. Reid.

The latter pair future Hurlers of the Year, you’ll have noted. What a trio to be able to call upon.

Sure enough, they contributed 1-2 between them. Kilkenny won by – yes – five points. The four in-a-row was consummated.

On Sunday there was no Martin, Michael or T.J. on the bench. And Cody, like it or hate it, has long operated on the basis that throwing on substitutes willy-nilly is a gamble too far.

It’s an eminently reasonable position. If you’re in trouble, bringing in subs for the sake of it can make a bad situation worse.

But there’s one criticism that has to be made of the management on Sunday. While the real problem was Kilkenny’s inability to make the sliotar stick in the half-forward line, with the result it was raining down on the full-back line, refusing to take Joey Holden off Seamus Callanan raised stubbornness to new heights and was deeply unfair on Holden.

There is no other way of putting it.

In conclusion, Eoin Larkin. Nine minutes remained when he was withdrawn, ten years after he appeared in his first All-Ireland final.

Here, aged 32, in a well beaten team, he still managed to score two points. In the modern era there has never been a Kilkenny hurler who was a better decision maker. That includes the redhead from Ballyhale.