Bottle this hurt and turn it into something positive next season 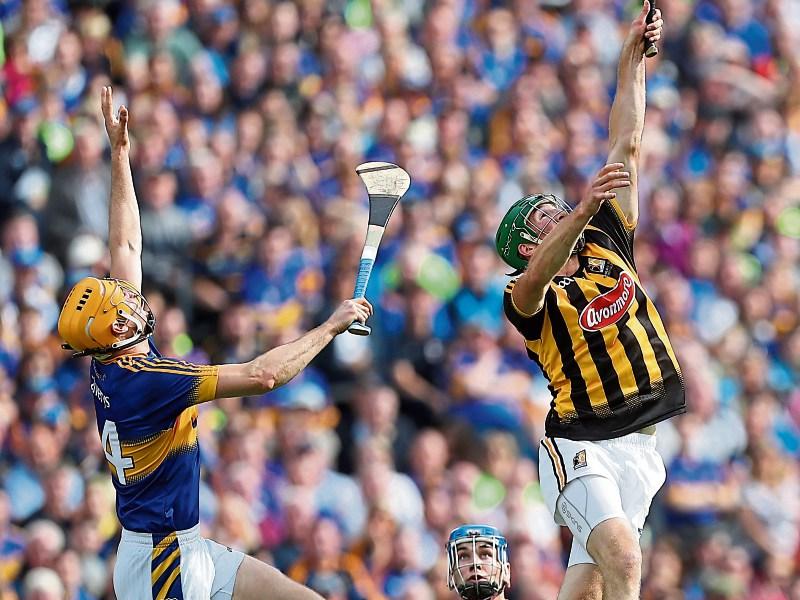 This was a disappointing finish to the season for Kilkenny, not only the defeat, but the manner of it.

Tipperary turned up with a game plan and intensity that Kilkenny just couldn’t match.

The disappointing thing is that Kilkenny didn’t bring their usual intensity or work rate to the game. They looked a bit on edge and nervy.

In the recent past finals between the counties the games were epic. That was because Tipp turned up with good intensity, but Kilkenny simply bettered it.

Tipp had an unbelievable intensity, the type of which I have ever seen from them, not even this season. They brought their game to a whole new level and Kilkenny didn’t match it at all, unfortunately.

It was a great game of hurling, don’t get me wrong. But it wasn’t as good as other years on a competitive scale.

The Kilkenny players will be so disappointed with themselves for that reason.

They made uncharacteristic mistakes, misjudging the ball, giving away possession easily, bad hand-passing, allowing the ball pop out of their hand and even missing rises when not under that much pressure.

These small things can hurt a team, and massively. Why this happened I don’t know. Kilkenny always turn up in finals.

They just didn’t turn up this time, for whatever reason, nerves or what. It was a shame the way it happened.

Losing an All-Ireland final in an awful experience to go through. If they had to play to their potential and still be beaten it would be easier to accept.

Losing in the fashion Kilkenny did is not easy take.

In saying that, I am not being hard on the players. You can’t hide from a nine point defeat.

These Kilkenny players don’t owe themselves or supporters anything, but on a personal level what happened in Croke Park on Sunday will hurt, and badly.

Look at the way they came through the semi-final replay. They showed mental toughness, resolve, heart, skill, d rive you name it.

Even at the end of the game on Sunday, with about 10 minutes remaining when we knew the title was all but gone, they were still chasing. But the spark was missing.

I know the Kilkenny camp is an honest group of players. They will look back and take this game apart; look at themselves, the scores given away and how they turned up like this on All-Ireland day.

It is not just an individual things. There was a combination of factors.

You win like a team, and you lose as a team.

The Kilkenny squad is braking up now, and they won’t have a group discussion about this final. But in their own time and space the players will work out what happened.

They are felling empty, unfulfilled this week. The feeling is indescribable.

During the next couple of weeks the thoughts of ’what if’ will help them work things out. Individually they will now have to get themselves right for next year.

They have to bottle the hurt, the awful feelings of this week. We bottled it in 2010.

At that time we never discussed what happened as a group, but I knew, and we all knew deep down that we wanted to get Tipperary again in an All-Ireland final.

This Tipp team, or the majority of the players, might have won more All-Irelands but for Kilkenny. For that reason they wanted to beat Kilkenny.

In fact, I would go as far as to say the same satisfaction wouldn’t be in winning unless the victory was over Kilkenny.

Then come January, my gosh I am talking about months away, if Brian Cody and management stay fire in the bellies will be sparked out of this mauling.

I think Kilkenny need Brian Cody big time now. He is the force that can inspire the work that will drag things back together again.

This beating will be a driving force next season, no doubt.

There will probably be changes after this. If Brian Cody stays, he will not go back with the same hymn sheet.

He has never done that before. He will search the county for new talent.

There is hurt now. That breeds anger. Tipp had a raw hunger and desire. You could see they were hurting from before.

That is a massive thing. You can’t talk about it. You can’t build it. It is just there. You can sense it.

The cracks appeared in the first half. Kilkenny kept into Tipp, who appeared to be waiting to see what Kilkenny would do.

In the second half when Kilkenny scored a goal, that was the usual signal for them to take off. They didn’t.

For me that was the turning point. Instead of Kilkenny driving on, Tipp hit back to shoot 1-4.

That was the turning point in the match. The Tipp confidence rose to amazing heights.

That was Kilkenny’s spell that never happened.

It was very disappointing from a Kilkenny point of view, but we have to hand it to Tipp, they are worthy champions.

They can expect all the plaudits now, All-Star awards, Hurler of the Year and so on.

They have contenders. Pádraic Maher was brilliantly consistent all year. Probably going on last year and this year, Seamus Callanan, will be a major contender too.

The full-forward line was exceptional for Tipp. Between them Callanan, John O’Dwyer and John McGrath scored 2-21.

Kilkenny scored 2-21. That just highlights how well the trio did.

Eoin Murphy was phenomenal on Sunday. The defeat would have been far greater were it not for his brilliance.

Padraig Walsh was very good during the season, and especially in the second half on Sunday when he never gave up the chase. He just went for it.

Walter Walsh had a great year as well. It will be all about Tipp for the next few months, and rightly so. They deserve that much at least.

It is doom and gloom for Kilkenny now. But it all boils down to the character of the team and squad as to where things go for the county from here on.

The players have to relax for a few weeks now, and put up with the pain. I guarantee the spirit will build over the Winter after this experience.

The panel is not as strong as it was. There were no game changers to come in to inspire a rescue bid, but that doesn’t mean things won’t get better.

Kilkenny have just contested an All-Ireland final. They are not suddenly a bad team. To grow out of this will be a test of character.