Challenge now is to turn pain into inspiration 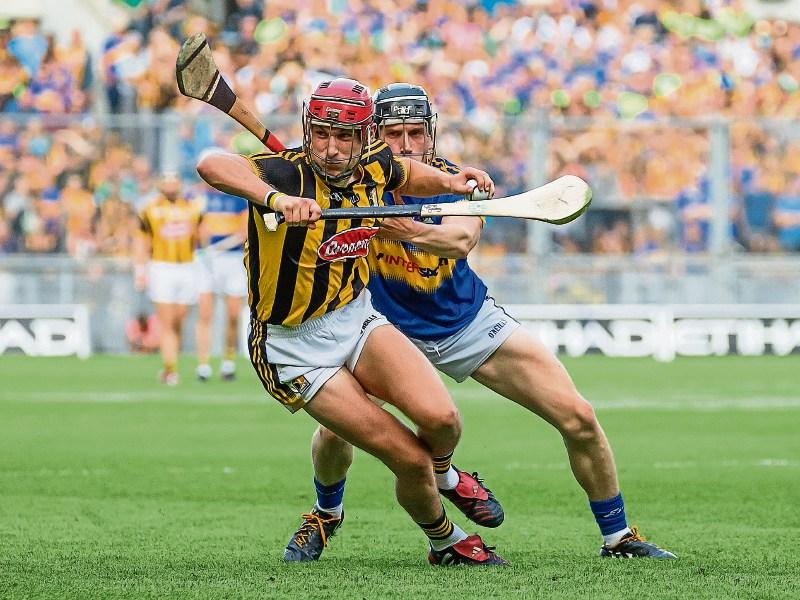 Well done Tipp, you were the better team.

And as far as Kilkenny are concerned they will just have to regroup and go for it again next year.

That was overall summary from gracious Kilkenny captain, Shane Prendergast, who rose to the challenge of the must do duties in a silent and devastated losers dressing-room after Sunday’s All-Ireland final defeat by Tipperary.

“On the day we did our best,” the Clara clubman offered.

“Tipp were the better team on the day. Obviously we are very, very disappointed, but you go out to do your best.

“We did. If you come up short, that is life.

“You just have to get on with it. We will be back next year with all guns blazing. It was a final, there was always only going to be one winner.

“But there is motivation there in what happened to us, to come back and try and win it next year. That is it.”

He insisted there would be no excuses offered. Preparations for the game were very good. Michael Fennelly was injured, but there was a good panel there to cover.

“Tipperary were better than us. Simple. Fair play and well done to them,” he repeated

He said Tipp swarmed all over the Cats from the first whistle to the last. That was the game now.

“They were physical and intense,” he insisted. “We tried to match that. Our intensity is always high as well, but on this day Tipp were that bit better.

“This sort of outcome is what you don’t want, but you know might hit you when you get involved in sport. Just like when you win, you have to take it.

“It is painful, but we have to take that.”

And then he continued: “You try and find inspiration in the losing days just as you try and take the best out of winning efforts. Today will motivate us to come back strongly and try and win next year.

“But really, the best of sport is about winning. Unfortunately we didn’t win today. Life goes on.

“Obviously over the next few days we will be thinking about it. There will be disappointment, and for the foreseeable future too.

“It will be a Winter of deep reflection. We have been at the top so long. It is hard to keep it going every year.

“Obviously we will come back with the ambition to win, and we will work through the pain in the hope we can do better the next time.”

One of the stars of the Kilkenny team was goalie Eoin Murphy. There was talk before the game that he had an ankle injury.

The real story was: “It was all rumours. There was no issue at all.”

The Glenmore clubman was down, but he was realistic.

“You want every day to be winning days, but life is not like that,” he said of the defeat. “The hurt and feelings we have now are not something you want to be feeling too often.

“Unfortunately it is our turn to be losers. We have to turn around and face into next year with savage intent to try and win back the title.

“Tipperary were very good. You couldn’t take a thing away from them. They have been good all year, and the last couple of years.

“Today they took their chance, and they were a good bit better than us.”

He added that Tipp arrived in Croke Park with a ferocious intent. They went hard for every ball.

“In fairness to Michael Ryan, he had them well drilled,” Eoin added. “They were simply better than us.

“There are no excuses. That is sport, life. You take it on the chin and move on.

“These are the days you try to avoid by working hard and being the best you can be at all your preparations, but things don’t always go your way.”

And he concluded: “This is an experience for the younger players. They know the feeling of losing now.

“They won’t want to feel that too often. Hopefully that will help drive them on to bigger and brighter days.”