No room for ifs, buts or maybes 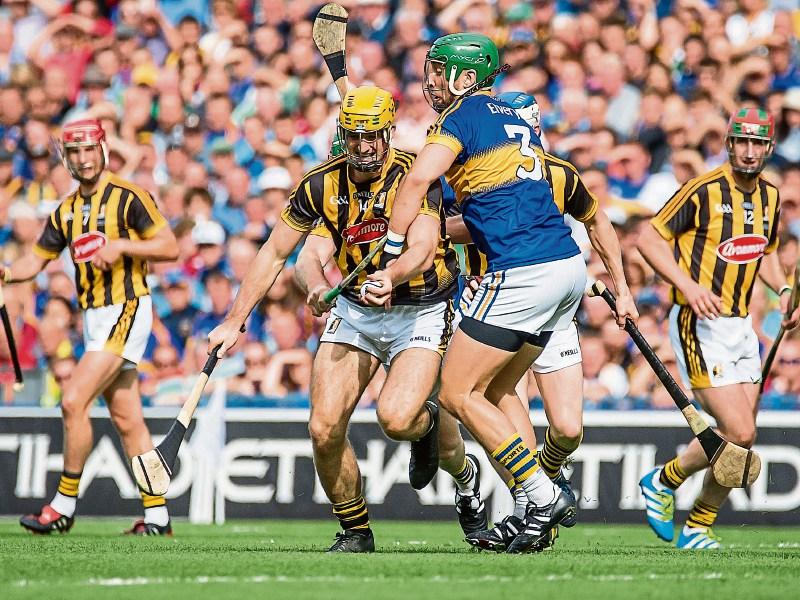 Dignity was the order of the day in a devastated Kilkenny dressing-room after the bid for the All-Ireland three in-a-row ended in failure.

“Today we are experiencing what it is like to lose an All-Ireland final,” offered manager, Brian Cody, in a soft, hurting tone.

“It is a very, very tough place. Everyone is very, very disappointed.

This was real life, he insisted, painful as it was.

“This is what happens in sport,” the James Stephens clubman continued. “We have had great times. Very, very seldom do a group of players dominate as much, or be as successful as our lads have been. Today we weren’t successful.

“There is no discussion on the better team. There are no ifs, buts or maybes.

“The better team always wins as far as I am concerned, and there is no doubt about it but that the better team won today. We congratulate Tipperary.”

Tipperary, he insisted, were very good. Of course, Kilkenny knew that.

“Our lads gave it everything, as ever,” Brian added. “They fought it out to the bitter end.

“We have experienced the winners dressing room so many times, and someone else had the experience in the other one. Today we are experience what it is like to lose an All-Ireland final.”

The action in the closely fought first half was to and fro, he felt. There was nothing in it at half time.

“We got a good start to the second half,” he reminded. “We scored a goal.

“We didn’t push on after the goal, I suppose. They began to flow then. That was it.

“There was no one turning point. We dug out games so many times, but we couldn’t dig it out this time.

“The players never stopped trying. They gave it everything to the bitter end.”

He said when Kilkenny were six points down with maybe 10 minutes to go, they were thinking a goal might change things.

“You think if we get a goal we can get back into it,” Brian offered. “We tried manfully to get that goal. We didn’t get it. That was the way it went. That was it.

“There whole thing is ended now for the year. Everyone will be very, very disappointed for a while. That is the reality of it. That is the way it works.”

The Tipp full-forward line were in red-hot form, scoring 2-21, but Cody never felt like making changes to his full-back line.

“Looking at everything, when the full-forward line is on top it’s not always a question about what’s happening with the full-back line,” he reminded.

“It’s a team game and everyone talks about defending all over the field, so I wouldn’t be pointing the finger. The Tipp full-forward line is very talented, but our full-back line has done some wonderful work for us many, many times.

“It’s a collective thing, right through the field to sideline and management,” he added

He was quick to defend his panel, arguing that what had gone in the past was in the past.

“When you lose an All-Ireland final you don’t even think about positives,” he admitted.

“You have to go through the suffering. That’s what it’s all about now, and will be for the next while. We don’t even consider what might be coming down the tracks.