Kilkenny are a team without fear! 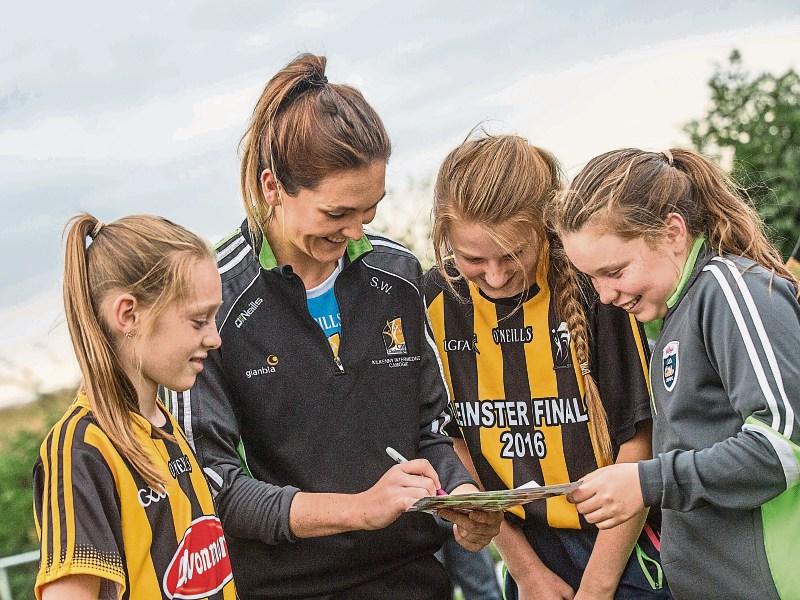 Injury robbed nearly 18 months from the career of the bubbly 22-year-old, but she is still chasing the dream, of making the team and enjoying All-Ireland success with Kilkenny.

“I thought I was gone,” she admitted when the latest injury - cartilage damage suffered against Offaly in the quarter-final - forced her to sit out the All-Ireland semi-final win over Galway.

After being called back into the squad this season by manager, Ann Downey, the Young Irelands (Gowran) player put her head down and had a right go.

She made steady progress during the League and made the team for the final against Galway. All was going well, until......

“While the group was celebrating the win over Offaly, I was crying outside the huddle,” she revealed when recalling the latest horror moment in her career.

She thought her season was over, but now she is determined to contribute anything she can to the cause in Croke Park on Sunday.

“It is a totally different now,” she beamed. “This is a new chance for me.

“I appreciate every game, every training session now. You know, I mightn’t even get back on the squad next year so this could be my big chance.”

The student at Maynooth College tore a cruciate ligament in 2013.

Months before that she smashed her left ankle, and with eight pins in it to keep it together, she drives merrily along.

In August 2013 during the run up to the All-Ireland she was struck down by the cruciate problem.

“It was tough mentally coming back from that, but I think you come back stronger when you get an injury like that,” she suggested.

It was tough going, but with the best of physios in Kilkenny and Maynooth the business and accountancy student simply gritted her teeth and got on with life.

“This is a big, big day for us,” Sarah Ann insisted. “We are looking forward to it. The build up is exciting.

“Cork and their reputation would frighten you, if you let it. Obviously there will be nerves, but we are excited by the challenge.

“Cork are very fit, but if we match their work-rate our hurling would leave us in with a real chance.”

Cork are very experienced, and they are chasing the three in-a-row, but so what was the opinion of the fearless Young Irelands player.

“People talk about Kilkenny not winning the title for so long, but that has nothing to do with this group of girls,” said Sarah Ann, who was on the intermediate squad when Kilkenny were beaten by Cork in 2014.

“Cork are used to winning in Croke Park. We aren’t, I suppose.

“ We have come through a lot of tough matches this season, and all that experience should stand to us. The girls have matured nicely over the last few seasons.

“We are not letting the years the county has been chasing victory get to us. You have to enjoy the game. If you don’t, what’s the point?

“We will try and beat their work-rate and see what happens,” she added.

The season has been good for the Cats, with defeats against Wexford and Galway the only blemishes on an otherwise win, win, win run.

“This team has a terrific track record,” Sarah Ann reminded.

“The girls as so motivated. The competition for places is massive.

“We have come a long way, and we believe in ourselves. Why not?

“Some of our performances have been right out of the top drawer. We are the League champions, remember.

“I know things are very different in the championship, but we can’t undersell our value, and we won’t,” she assured.