Winning is real option with believers 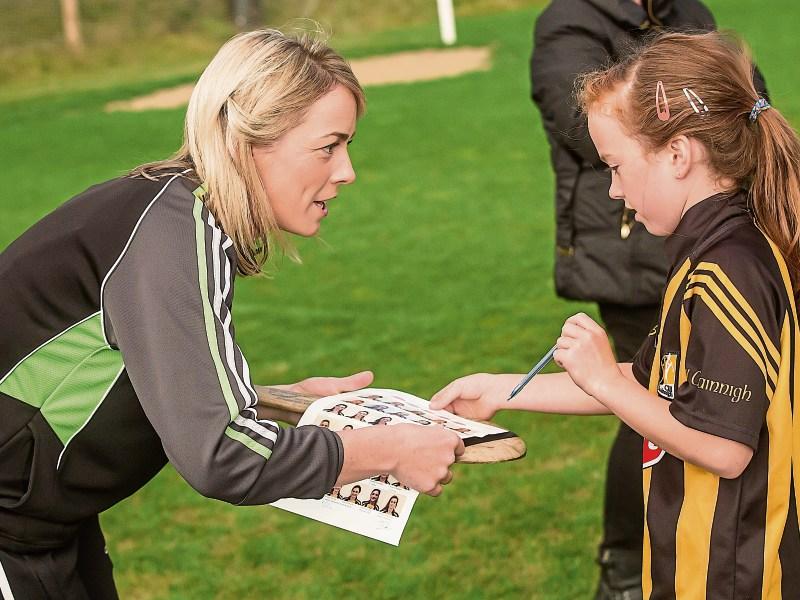 Angela Kenneally is hoping to complete a camogie/football double when she lines out with Kilkenny in Sunday’s All-Ireland intermediate final.

The happy-to-lucky Mullinavat player has already won All-Ireland football honours with the Cats.

She was part of the junior football All-Ireland winning Kilkenny team in 2007 which created history when taking the first title under Richard Windle and Paul Whelan.

“Any day is a super big day if you walk out on the Croke Park pitch for an All-Ireland final,” beamed the Waterford De La Salle teacher when she looked back on one big moment in her career and towards what she hopes will be another one.

“It is a massive, massive thing. Hopefully we can take it in our stride and enjoy the experience and get the most out of it.”

Cork, like in the senior decider, stand between the Noresiders and All-Ireland glory.

“Our attitude is that we don’t fear any team,” added the lady who played football and camogie with London last season before returning home for what could be the last waltz on the inter-county stage.

“We show them all respect, but fear doesn’t come into it,” she assured. “We concentrate mostly on our own game, on getting things right and preparing properly. If you have a bit of belief in yourself, the team and squad, that is more important than worrying about the opposition, tradition or whatever.”

Joking that it could be retirement time after this, Angela said her goal for this year was to give inter-county camogie one last shot.

“I am delighted to be going to Croke Park,” she assured. “That was the aim at the beginning of the year. For me is fantastic to be back. Now we have the chance to turn a wish into something really big.

“I hope these young ones have the energy to carry me through!” she laughed.

She insisted that thinking about the wrong things going into any game can do sunny things to the mind.

“I am a firm believer in concentrating mainly on your own team and group, and management I feel are the same,” Angela continued. “We have experience. We must concentrate on getting the most out of ourselves.

During the championship things have come together nicely for the squad, she felt. Kilkenny are hurling well. They are very, very well prepared physically.

They have had great strength and conditioning coaches in Sally Teehan and Adrian O’Sullivan.

“When you have all that side of things looked after well, it is then down to mental preparation,” she continued.

“That is probably the toughest part, getting the mental side of things right. If we focus on that and preparing well mentally, then anything can happen.”

She said momentum was important, and Kilkenny had it after a good season and championship campaign.

“If you look at the younger girls on the panel, they have great experience in terms of this level of competition,” she insisted.

“They have all won minor or colleges honours a few years on the trot. They have won at schools and colleges level as well.

“You can see the confidence that breeds in them. It comes out in their hurling.

“That confidence is well placed. They are not cocky or arrogant. They know what they are capable of, and they think as winners.”