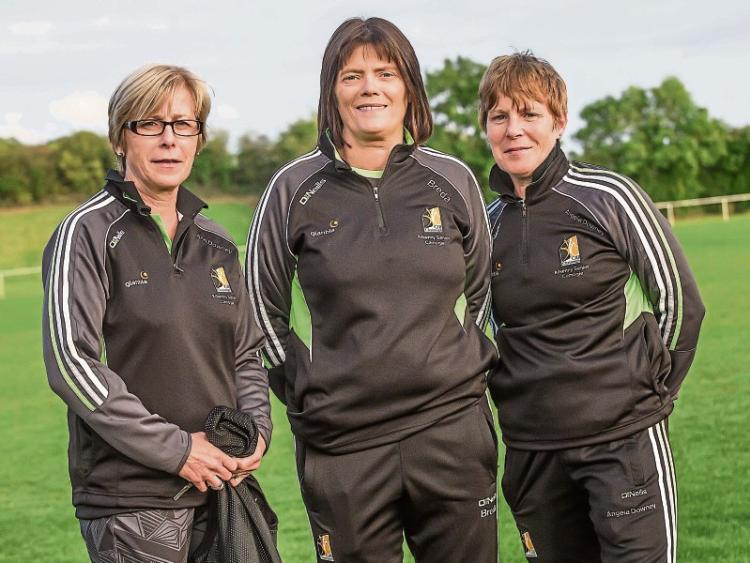 Kilkenny are hoping to bridge a 22 year barren spell by winning the All-Ireland senior camogie final.

But to do so they must beat the most successful county in the history of ladies sport in Ireland.

All conquering Cork provide the opposition in Sunday’s big decider in Croke Park.

The Leesiders are chasing a three in-a-row, and they lead the Roll of Honour with Dublin with 26 wins to their credit.

On top of dominating camogie at the moment, Cork also won 10 of the last 11 senior football All-Irelands.

“The record of the county is amazing,” suggested Kilkenny manager, Ann Downey. “We face a huge task, but we are up for the challenge.”

The Cats are fair performers too. They are hoping to complete the National League/Championship double and win a 13th title with a young and fast outfit.

So far this season they have suffered a mere two defeats, one in the League and the other in the Leinster championship, and the mood in the camp is good.

“This is the big one. It is what the whole season is about,” suggested Ann Downey, a winner of 12 All-Irelands, two as captain in 1989 and 1994. “It is great to be back in the All-Ireland final, and we are really looking forward to it.”

The Cats haven’t won the title since 1994. They have been beaten in seven finals since, the last, very unluckily, against Cork in 2014.

“That sort of thing doesn’t matter,” insisted the manager when reminded of the records. “This is all about this final, and getting a performance out of ourselves.

“We are up against a super team. Cork are going for three in-a-row. They have a group of very experienced players.

“It is great to be there; great for Kilkenny camogie. Our approach will be to leave everything on the pitch. We know we will have to play out of our skin to beat Cork.”

Talk of a possible double didn’t interest the manager, who is joined on the management team by Paddy Mullally (Glenmore) and Conor Phelan (Clara), who she enjoyed success managing WIT with, along with Liam Egan (trainer).

“It is great to have the intermediate team there as well, so we are looking for a big double in that regard,” Ann Downey said. “The League win is history now.”

Cork have dual players Briege Corkery, one of the finest female athletes of this era, Rena Buckley and Libby Coppinger in their ranks, plus other stars like Gemma O’Connor, Laura Treacy and Orla Cronin who give them fair firepower.

The Cats have fair performers too, with the likes of Denis Gaule, the Farrells, Jacqui Frisby, Michelle Quilty et al a match for the best around.

“It has been a great season so far,” Ann Downey insisted. “Winning the League was a bonus. The girls have performed well.

“It would be brilliant if we can get over the line, but the whole season has been a positive one. We couldn’t have asked any more from the girls.

“We are concentrating on this game, nothing else. We can’t change history. The challenge for the girls is to make their own history and get the job done.”