Crowd can help tip final in our favour - Gaule 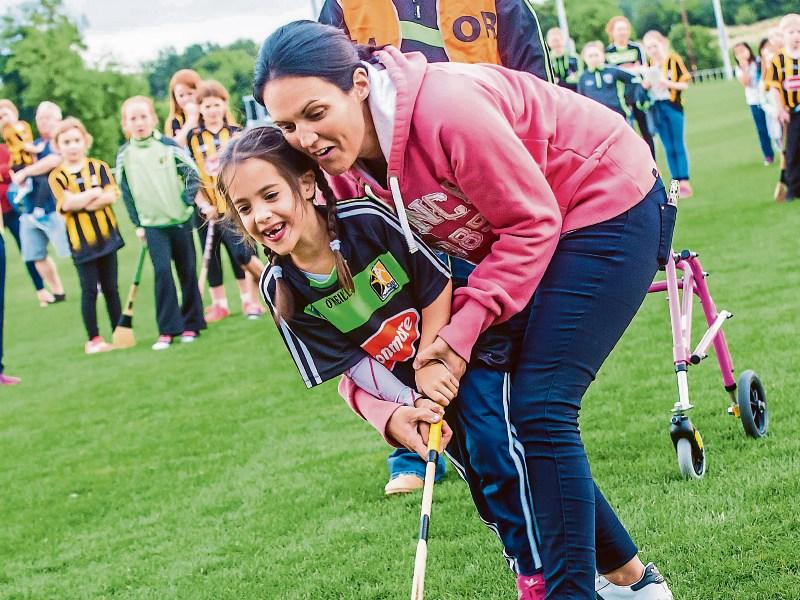 The roar of a strong black and amber crowd could be the driving force behind Kilkenny’s quest to lift the All-Ireland senior camogie title.

That was the view of forward Denise Gaule, who urged the county to get behind the county as they bid to lift the senior and intermediate crowns on Sunday.

“Hopefully having two county teams playing means we’ll have a good crowd going to Croke Park,” she said. “It would great to have that support present. There seems to be big interest in the games so hopefully a lot of people will be there. It’s great for young girls to get the chance to go up and see their county teams play.”

Having an army of fans behind the side has benefitted the Cats already this season. Forced into extra-time in the semi-final with Galway, the team were boosted by the support of Kilkenny fans who travelled to Thurles for the hurling semi-final replay with Waterford.

“You’d notice when the Kilkenny crowd came in alright,” she said with a smile. “Having them there during extra-time really drove us on.

“There were little things you’d notice, like when refereeing decisions that went against us - you could really hear the crowd react. It was different playing in front of that many people - it was great.”

But while Semple Stadium was good to Kilkenny, the lure of Croke is hard to resist.

Where You Want to Be

“When you’re growing up Croke Park is where you want to be,” she said. “It’s the one place you want to go and play in. As much as I would love to play in Thurles (‘It seems to suit us,’ she interjected ‘we always seem to win there!’) at the end of the day you want to win an All-Ireland in Croke Park.

“That’s our aim and that’s what we’ll focus on for the week,” she said. “We’ll try to get everything right and go in as prepared as we can.”

The team will have to be at their best to see off Cork, but Gaule and her colleagues are ready for the big challenge that lies ahead.

“They are a superb team,” she said of Sunday’s opponents. “They’re going for three in a row and they’ve been the best team in Ireland over the last 10 years (Cork have won five All-Irelands since 2005 and lost two more) so while it’s a massive challenge for us it’s one we’ll relish.”

Getting their hands on the O’Duffy Cup is something Gaule and her colleagues crave, especially after the heart-breaking defeats of 2009, 2013 and 2014.

“Having lost three finals, the worst thing for me is a feeling that we didn’t really show up,” the Windgap player said. “We gave a better performance in the last one (the 2014 final where Cork won by 2-12 to 1-9) but we’ll keep going.

“Hopefully now we can do better this time,” she added. “We were a young side in that first final (2009) but hopefully we can finish the job.”

Despite those losses, Kilkenny have kept coming back, a sign of the quality in this panel.

“We’re all like best friends really,” she said of the bond between the team-mates. “We know each other with years, having played together from schools to under-age levels.

“There’s a real hunger there to win too,” she added. “We’ve always had that, no matter whether we’d won three All-Irelands or lost three. For us we want to win this final and keep going.”

Winning the League title certainly helped their cause. The 2-7 to 0-7 win over Galway in May proved to be a springboard for their march to the All-Ireland final.

“Winning the League was a huge confidence booster for the panel, especially the new girls,” said Gaule. “It’s great to get into the habit of winning things and it proved to be the basis for our work-rate throughout the championship.

“We knew if we could put in that level of performance that, going forward, we would have a great chance of getting back to the All-Ireland final.”