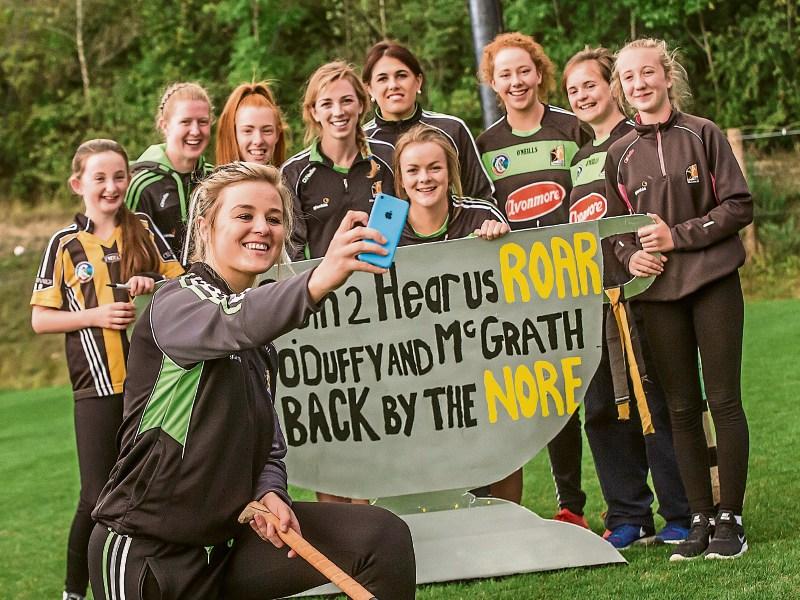 In recent years Kilkenny camogie may have had an ‘always the bridesmaid, never the bride’ appearance, but the Cats have refused to play the poor mouth.

“That’s been the reality of it,” said senior captain Michelle Quilty. “We’ve had to take a backseat to the Galways and the Corks but hopefully this year we’ll be able to push on and take that title.”

Having played senior camogie since 2009 Quilty has a wealth of experience to fall back on but, as she stressed, she’s not the only one.

“A large number of this panel has come up through the ranks together,” she said. “When Ann (Downey, manager) was there originally in 2009 a lot of us were very young but we’ve grown together. Every year that passes gives you a little more experience you can bring into your game as well and helps you deal with things.”

Kilkenny may have endured some barren years, but the captain has a simple explanation which some may overlook.

“Unlike hurling, where players have under-21 level, in camogie you go from minor to senior – you’re thrown into the fire straight away,” she said.

“There’s a different pace to the game – you have the extra physicality when playing girls who have been doing strength and conditioning work for many years.

“You’re trying to break into that as a young girl and it’s tough, but I do think this team has grown and has the experience behind us this year.”

That time building a side has seen Kilkenny develop a mean streak to their game, a tough shell that was evident as they went at Galway from the off in that semi-final.

“People have commented about our physicality throughout the year and how we’ve progressed,” she said.

“You’re not going to win anything by being nice, so I think that was something we’ve had to add to our game. If we’re not physically and mentally tough against Cork in the final they will walk all over us, so you have to bring your game up to meet that level.”

That toughness is needed in a championship where the margins between the top sides are minute.

“There was nothing between the top four teams in the semi-finals,” Quilty agreed. “Cork are a super team – they’re going for three in-a-row – a formidable side, but every year the championship is getting more and more competitive.

“Having been on the panel for a number of years, every year you come back you find that the physicality has increased. There’s also the level of training – the fitness level that is required to play has stepped up and had a higher impact on the game, which is shown in the quality of games that are played.

“That was shown when both semi-finals went to extra-time,” she added.

“Every girl was fit enough to go through with that – nobody faltered. That’s a credit to everyone who puts in the effort in training.”

Their mental toughness to bounce back from conceding a goal that saw Galway force extra-time highlighted as much.

“In recent years, when a team might have gotten a run on us – Galway got their goal right at the final whistle to force extra-time – we probably would have folded,” Quilty admitted. “We came out and put our performance together, getting another goal at a key time and we pushed on.

“That was a credit to the girls and their character. They showed great strength on the day and didn’t fall away. I think that shows how well-prepared we are physically and mentally this year.

“I think everyone looked at extra-time as being a new game and starting from fresh,” she continued. “Everything that had happened, we just put it to the back of our minds. The score went back to zero and we had to fight for it. A place in an All-Ireland final was at stake so everyone focused on that and got stuck in.”

Kilkenny have lost four finals since their last success, but past defeats aren’t a monkey on the team’s back.

“Everyone has put the past defeats out of their minds,” she said. “You start fresh and forget about what has gone in previous years. All we can do is go out on the day and play the match that is put in front of us.

“We’ll go as hard as we can,” Quilty finished. “It’ll come down to who wants it more.”