A victory that has to be savoured 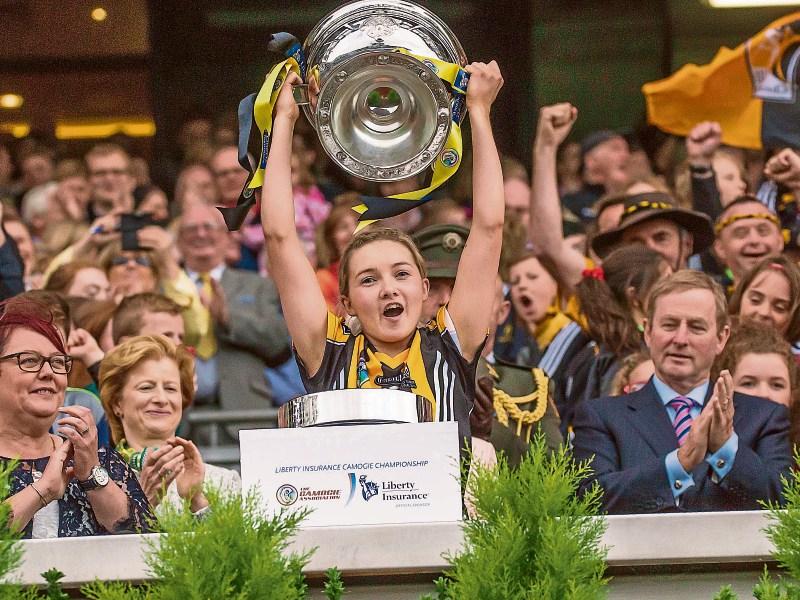 DETAILING their thoughts to enquirers national and local, they were separated by about 10 feet of space.

In age there is 33 years between them but Ann Downey and Michelle Quilty will be indelibly linked forever.

A torch passed between them on Sunday, as Quilty became the first Kilkenny captain to be presented with the O’Duffy Cup since Downey in 1994.

Of course Downey had no back seat role, the 12-time winner as a player serving as manager when the Noresiders claimed their 13th Liberty Insurance All-Ireland senior camogie championship.

“That’s one thing I have over her!” joked Quilty, who was quick to pinpoint the role of the woman who has been involved in every All-Ireland success for Kilkenny as well as her selectors Conor Phelan and Paddy Mullally, and the rest of the backroom staff for creating an environment and providing the tactical know-how to get them over the line.

“A lot of the girls, we’ve been there a number of years. To be coming back another year, we’ve always fallen a little bit short.

“This year… I can’t put it into words. I don’t think it has sunk in yet. We’re going to enjoy it. We definitely have 22 years of making up to do.

“The experience the lads brought into it instilled the confidence and belief into us and I think that was missing over the last number of years. I was saying to a couple of people during the week, that there was a different feeling in the group this year. You could feel it.

“Other years you were coming up and you were nearly hoping. Whereas this year we were going: ‘This is our day, nothing is going to stop us’ and we went out and showed it.

“As well as that, I just think we wanted it more today. How can you not want it more after not winning one for 22 years. I think that really drove us over the line.”

Quilty reckoned that the success of the intermediates maintained the positive vibes beforehand and agreed that Shelly Farrell’s second half goal was vital, particularly as she herself had been unlucky to hit a first-time shot inches wide in the opening period.

“I was saying to the girls I’d made a habit of missing easy ones in all the games, so I had to do one in the final,” she laughed.

“No, you’d put your house on Shelly to score from there and it was a cracking finish. It pushed us on.

“Cork went down the other side and missed two scorable chances, put them wide. We came back up the field and added another point.

“That psychologically damages opponents and I think it kicked us on.”

You wonder if Kilkenny are motivated to win more All-Irelands, like the deposed champions have done in their periods of superiority, or Wexford in the past.

After all, they have 11 more to win to catch up on Downey.

“We’ll enjoy this one first” laughed Quilty “You can’t really look past it.

“Definitely there’s a strong future in Kilkenny with the intermediates winning and the seniors. There’s a good future for Kilkenny camogie, but we’ve said that in the past before that we should have won, when we came through from minors, and it never happened for us.

“So you can never dwell on it and never think: ‘This is going to be our year’ because you never know.

“People always say ‘oh you deserve one’ but deserving one is not going to get anything for you. You have to go out and get it. You have to want it and we wanted it just that bit more than Cork on this day.