Seven left as Spa opt out 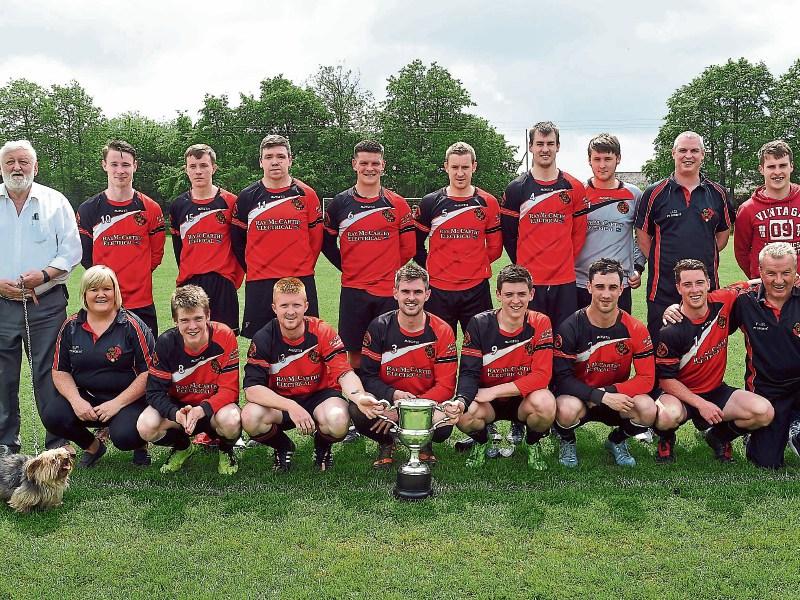 The Premier Division may be short on teams this season, but top flight clubs won’t miss out on games.

That was the view of the Kilkenny & District League, who are ready to take action after the loss of a club from the top flight.

The League committee will meet this evening (Wednesday) with the big discussion to centre on the withdrawal of Spa United from junior competition. The Johnstown club announced during the week that they would not be able to field a team in the 2016/17 Premier Division campaign.

Spa, who were Division One league and Cup champions last term, cited a loss of players as the reason for their withdrawal, however they are planning on making a comeback. “We hope to come back, definitely,” a club source said. “We have entered a few schoolboys teams into competitions this year to keep the club going.”

News of Spa’s decision means that this season’s Premier Division will only feature seven teams, the smallest number of competitors in years. However, that doesn’t mean teams will see the campaign finish early.

“The central topic of our committee meeting will be the Premier Division,” said League chairman John Corrigan. “We will look at some way of giving Premier Division teams more games, whether that means an extra round of league fixtures or a cup competition.”

Spa’s withdrawal also means that the fear of relegation has already been banished for the 2016/17 campaign. The League confirmed that no team will drop down to Division One at the end of the season, while two will come up to boost top flight numbers.

The loss of Spa also means that a large part of the county is without junior soccer this season. Freshford Town and Tullaroan have also pulled out of the League, with both clubs citing a lack of players.

“It is a cause for concern,” admitted Mr Corrigan. “A big part of the county is now without representation in junior soccer. You’d have to wonder why it’s affected like that.”

In other news the League confirmed that the youths’ season will kick-off in the coming weeks, with up to nine teams competing in a one-division competition.

Photo shows the Spa United team who won the Division One League and Cup double last season. A loss of players means they will not feature in the League this season.