Back to action and it's 'let rip time' 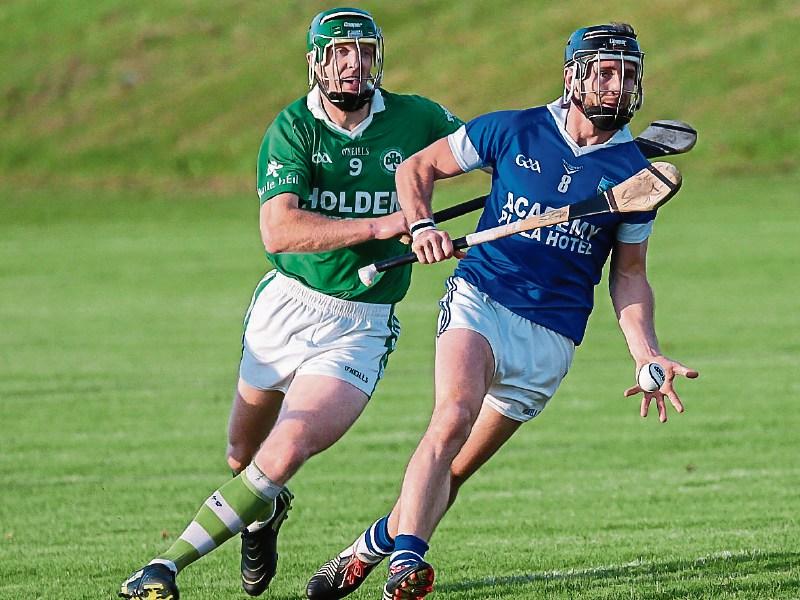 So much time has passed and so much has happened since the last sign off date that it seems almost like a whole new season.

It was early July, the 9th and 10th to be precise, which is all of 10 weeks ago, since last we saw action in the local senior, intermediate and junior hurling league/championships.

Now we are going to get a deluge of games this weekend, with 18 matches crammed into Saturday and Sunday.

Saturday will be particularly busy, with a dozen fixtures down for decision.

The six senior matches will all commence at 5pm with the intermediate programme having an earlier 2pm start.

The junior ties will all have an 11.30am start on Sunday.

Don’t have to choose

This is All-Ireland football final Sunday, so rather than forcing anyone to have to make the choice between the obvious ‘match of the day’ and local fixtures involving their club, the day has been left clear for people to enjoy whatever they wish at their leisure.

However, once the action resumes it will fly along until the county finals schedule of October 30 (senior and junior) and intermediate (November 6).

First round matches in the knockout championships, plus the Leagues and Shield finals, will be played the following weekend, September 17/18.

All-Ireland final appearance or not, Kilkenny still has to be ready to meet the Leinster club championship fixtures dates.

As luck would have it this season, the Kilkenny champions will have a bit of time to spare before starting in the provincial competitions.

At least that allows more space for replays, if any are required locally.

Hopefully the inter-county stars will be over the worst of the awful disappointment of losing to Tipperary in the All-Ireland final by the time the club action resumes.

That was hard to take - a defeat after a 36 month unbeaten run in the championship.

But there can be no complaints. Tipperary were the better team.

No doubt the players found succour in the arms of their clubs when they returned to training, and they can now drive on. There is no point in looking back.

A few things have changed, and dramatically, since the last club action.

Both are on the long road to recovery after surgery. Young Butler severed a cruciate ligament in a Byrne Cup match against Clara, whose officials and players, and especially senior star, Dr Neal Prendergast, rendered magnificent assistance to the youngster at the time.

The Ballyhale Shamrocks club were most thankful for the help rendered.

Further down the road the club will lose trainer/coach, Colm Bonnar, who has taken up a management position with the Carlow senior team. Bonnar will see out this third season with Shamrocks as assistant with manager, Andy Moloney, however.

This is ‘let go time’ for all clubs.

There can be no holding back in round five of the leagues, because the results will decide the League and Shield finals pairings, plus the draws for the knock-out championship.

The latter will be based on finishing places in the league groupings. The top team in each group will contest the League final.

The runners-up will qualify for the Shield final, while teams finishing third, fourth, fifth and sixth will cross play (3 v 4; 5 v 6 etc) in the first round proper of the knock-out championship.

The teams finishing fifth and sixth in the groups will also have concerns about relegation, and their first round championship match will double as a relegation semi-final.

There will be no advantage in any way for anyone, because all the games will start at the same time.

In Group A in senior, Ballyhale Shamrocks and O’Loughlin Gaels head the table with six points each. Erin’s Own and Mullinavat are on four, Clara and Danesfort on two points each.

In Group B, Dicksboro top the table with six points, followed by James Stephens and St Martin’s on five each, then Bennettsbridge and the Rower-Inistioge on three each with Fenians following up the rear on two points.

While a number of clubs are missing players through injury, the motto for all will be simple - let it rip!

O’Loughlin’s v Ballyhale Shamrocks in Thomastown - Something has to give seeing that they are level on points.

The winners will qualify for the League final, which, it has to be said, is much more meaningful than the Shield decider, into which it is most likely the losers will drop.

O’Loughlin’s must be kicking themselves.

They had a chance in the last round to qualify for the decider, but they lost their unbeaten record against up to then pointless Danesfort. Things will be far more complicated against Shamrocks.

The loss of Fennelly and Butler will be huge to Shamrocks. Ordinarily they would get the vote, but....

Clara v Danesfort in Freshford - The result may not really matter, because both can only catch the teams above them and then they could lose out on the head-to-head/scoring averages rule.

Still, to gain momentum at this stage of any season is vital. Winning helps that. Losing tends to add pressure.

Clara have been strangely unsure this season after winning the double in 2015, although it has to be admitted they had been hampered by injuries.

Danesfort lost their manager, and then turned in their one winning performance against the then table toppers. Where does that leave things? Who knows?

Erin’s Own v Mullinavat in Tom Ryall Park - The chance of making the Shield final is not beyond all possibilities, and there is also the chance of a more favourable championship draw the higher up you finish in the League table.

Things have been going nicely for both so far. This is a nice chance to build on the good that has achieved with the start of the championship next up.

Dicksboro v Rower Inistioge in Gowran - This is an unusual setting for Dicksboro. The Rower would know the territory better.

The city side would have been missing flying midfielder, Ollie Walsh, who was in South Africa for a while. He is back and ready for action.

The Rower looked fitter and sharper last time out against Martin’s. If they improve again, they will take beating.

The ’Boro look to have the edge, however, and the incentive of making the League final has to be a driving force.

St Martin’s v James Stephens in Ballyragget - Both sides have plenty to play for, with League or Shield final places on the agenda if the right result can be chalked up.

The form of both has been up and down. At their best, both have looked capable. Form on the day will be vital.

Bennettsbridge v Fenians in Tullaroan - All-Ireland club intermediate champions, Bennettsbridge, had better be ready to roll up the sleeve and battle, because that is the minimum requirement against spirited Fenians.

The Fenians may be bottom of the table, but that won’t matter a damn to them. They will cut loose and see where that takes them.

The ’Bridge lost an eight point lead against Dicksboro last time out when they looked to be flying. If you don’t learn from things like that you suffer in the senior division.

The outcome here will be most interest, and one hasn't a clue. We will offer a guess, however.