Saints finish in style to book place in the League final 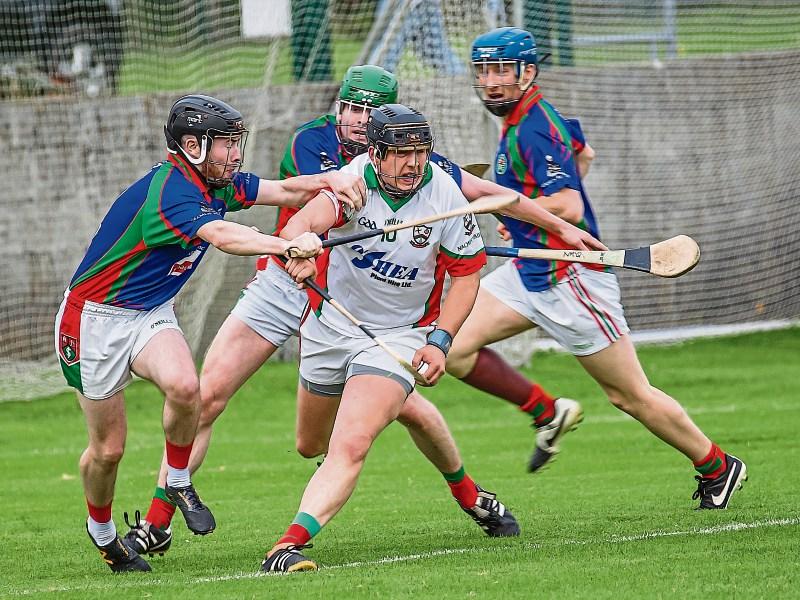 Few saw this coming. St Martin’s booked their place in the league final - leapfrogging two teams in the process when the dust finally settled on Saturday.

A stunning second half effort from the Muckalee men - keeping James Stephens scoreless in the final 15 minutes of the game and finishing with six points each one as good as the last saw them finish a job that looked almost impossible 15 minutes in to this contest.

By that stage of this senior hurling league tie in Ballyragget, The Village were 1-6 to 0-2 to the good, looking in control thanks to a David Walton penalty after two minutes - dusting himself down before finishing.

But the story of the game was really all about St Martin’s - their comeback, their defiance and their growing confidence in attack which will make them a very difficult prospect for Ballyhale Shamrocks in the final, and for the remainder of the championship.

The tempo of the second half - which St Martin’s set from early on - was simply not matched by James Stephens.

St Martin’s began with the opening points of that period, and then scored a stunning 37th minute goal from Eoin McGrath to go in front for the first time.

They overcame the concession of a hotly disputed penalty in the 44th minute and thereafter saw out the win with the last six points of the game.

It was classic stuff.

Their use of the ball in the second half, their hunger in the tackle was just not matched by The Village, who struggled in too many key positions.

While Muckalee had Paul Maher, Eoin McGrath and Tomas Breen all scoring and threatening from play, the only James Stephens player who was a constant threat up front was Matthew Ruth.

And defensively, St Martin’s were simply dogged. They stuck to their task defiantly, going out to man-mark and defend.

The fact that they conceded so much so soon did more to drive them on than set them back.

Once McGrath’s goal arrived in the 37th minute, you could sense the confidence surge in St Martin’s.

Even though they conceded a penalty when James Maher was adjudged to have fouled Donnacha Cody under a dropping ball, the penalty goal proved to be The Village’s final score.

It was Martin’s who responded with the last six points of the game to win by five - moving the ball swiftly and picking off some of the finest points you’re likely to see this year.