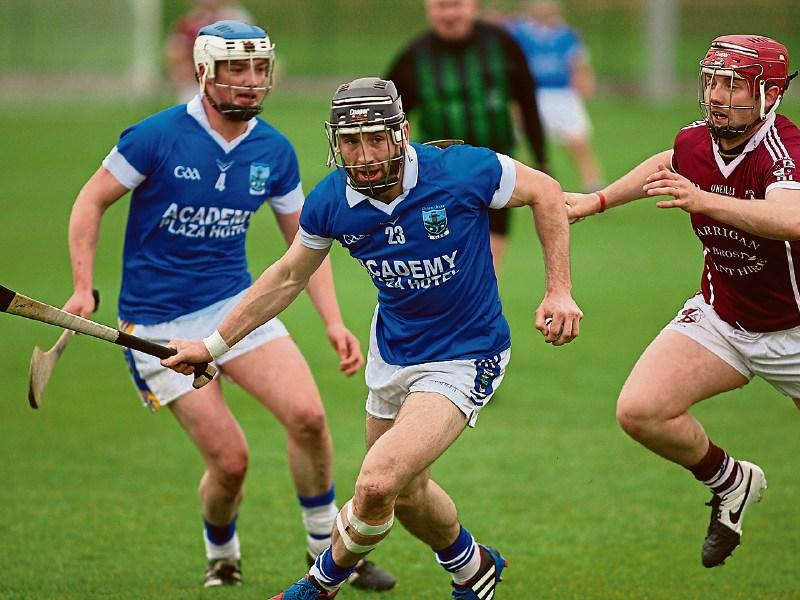 A point apiece and plenty more kept in store. That was the tale of the tape as Erin’s Own and Mullinavat shadowboxed their way to a share of the senior hurling league spoils on Saturday evening.

Both sides came to Tom Ryall Park in a strange position - midtable security. With neither able to force their way into a league final berth, while also being free from the threat of relegation, the game offered little more than the chance to blow away the cobwebs.

With the championship around the corner, neither really showed their hand – and it showed in what was a pedestrian hour of hurling.

That said, there were elements of the game that gave both sets of supporters a little hope. For Erin’s Own, there were stirring performances from some of their younger players. Ciaran Wallace impressed at corner-back, mopping up plenty of ball that came his way while, at the other end, Sean Buggy was a lively threat at corner-forward.

The feel-good factor wasn’t just limited to the ’Comer men. In John Walsh Mullinavat have a confident forward who can conjure up moments of seriously impressive hurling.

One such glimpse of his skills led to one of the points of the game. His first point of the second half was a beauty – reaching out for Willie O’Dwyer’s pass down the left channel Walsh flicked his hurley out to control the sliotar, taking it away from his marker before leaving him in his slipstream as he split the posts.

The point was a highlight for Mullinavat, but they will also rue letting some good goal chances get away. They could have taken the game by the scruff of the neck inside two minutes, when Ger Malone flicked a long ball into Joe Gahan’s path, but he failed to make a full connection with his shot, giving Tom Brophy a simpler save than he would have expected.

They went closer still to raising a green flag just a few minutes later, when a booming free bounced on the edge of the ’Comer square. Mikey Jones was quickest to react, scooping the sliotar beyond the static Brophy, but the ball smacked off the netminder’s left hand post and stayed out.

Those chances were the best of a tepid first half. There were just 11 scores in the opening 30 minutes (and 13 wides), with the sides sniping points in a tit-for-tat manner. John Walsh helped himself to five for Mullinavat, two coming from frees, but a treble for Sean Buggy helped Erin’s Own go in with their noses in front at the interval (0-6 to 0-5).

Walsh’s fine score had the sides level within minutes of the restart, but again their quest for a goal came up empty-handed. Adam Mansfield had the back of the net on his mind when he broke through the ’Comer defence and called for the ball, but Ger Malone’s hand-pass was too heavy and bounced wide.

They fared better when going for points, stringing three together to move in front for the first time. Two Walsh frees, followed by a mammoth effort from Pauric Gahan, saw them go two clear with little over a quarter of the game left (0-9 to 0-7).

However, the advantage was shortlived. Erin’s Own were quick to rattle off three scores of their own. The haul almost mirrored Mullinavat’s – two Sean Buggy frees, each one coming either side of Conor Fogarty’s long range effort, pushed ’Comer in front again.

It didn’t take long for Mullinavat to restore parity – the sides were level 10 times over the hour – but they couldn’t force their way in front. Ger Malone went really close to finally grabbing a goal when he latched on to Tom Aylward’s drilled 54th minute clearance. Bursting through, Malone unleashed a piledriver of a shot, but Tom Brophy stayed big to make the save.

At that stage the draw seemed a certainty, but both sides had to battle for the point. Mullinavat thought they had grabbed the win when sub Mark Mansfield gathered Robbie Malone’s tapped pass and fired over an injury-time point from distance, but Conor Fogarty reeled them in, converting a free from inside his own half to seal the draw – a result neither side could argue with.