Graignamanagh show out of sort 'Rangers absolutely no mercy 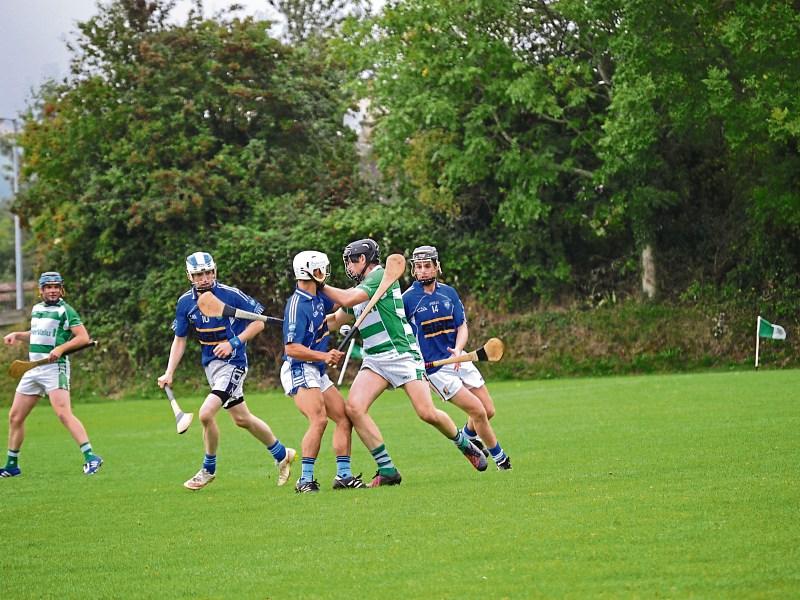 Terry Dreeling was the outstanding player on view and his take of 0-10 was a major factor when Graignamanagh scored a surprisingly big win in the junior hurling league.

Barrow Rangers (Paulstown) simply never showed up in this clash in Dr Tierney Park, and they were shown no mercy.

Spectators had hardly settled in their seats when the drama began to unfold. Graignamanagh had a defender shown a straight red after five minutes.

Despite this early setback, Graig started brightly and points from the ageless Eddie Walsh and two from Terry Dreeling gave the, a lead of 0-3 to 0-0 after 15 minutes.

While Graig dominated the opening period, it took two vital saves by goalkeeper Ian Kavanagh to keep out ’Rangers, and centre-forward Timmy Brennan in particular.

The second save in particular from Kavanagh seemed to inspire his team-mates. Quick points from Padraig Whelan and Terry Dreeling saw Graig go in at half-time leading by 0-7 to 0-1.

’Rangers only score during the opening half came from a placed ball by Ciaran Doyle after 24 minutes.

The winners were deserving of their lead, but the team management were still apprehensive as they were expecting a big onslaught from the visitors, who had the aid of a strong breeze in the second half.

’Rangers snapped up two points through new free taker Cathal Kenny and Ed Prendergast, who registered their first point from play after 40 minutes.

Graig’s response was a pointed free from Dreeling. Apart from this 10 spell in the new half, Graignamanagh were by far the better team.

A great defensive play by all the backs ensured there was nothing going to come easy for the ’Rangers.

The Goresbridge/Paulstown side’s last throw of the dice was to bring goalkeeper, Richie Doyle out field to try and curb the influence of outstanding Graig centre-back, James Doyle.

This they partially achieved, and two frees from Kenny cut the gap to five points.

However, a speculative ball by Padraig Whelan broke in the square to Sheamie Kavanagh, and he kicked to net Messi style to wrap up affairs for the barrow boys.

This was the vital score, and when management introduced three fresh pairs of legs, the home side thundered on.

Graig’s long suffering supporters were happy to see their side finish top of the group and qualify for the League final.