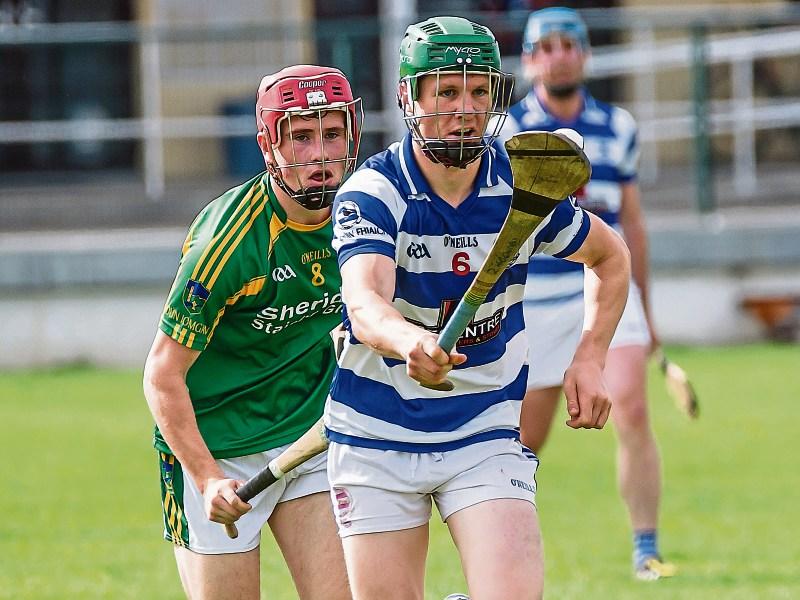 At the end of this dramatic game at John Locke Park on Saturday, two questions were being asked.

They were - how did St Lachtain’s (Freshford) win, and how did Carrickshock lose?

This was a game Carrickshock were absolutely in control of as they led by 10 points at the break. They even increased their lead immediately on the restart, and no one could see St Lachtain’s coming back.

Exchanges were pretty even during the opening 12 minutes and the scores were level on four occasions.

By the 12th minute David Franks had it all square for the fourth time after shooting a fine point.

For the rest of the half it was all Carrickshock as they put their opponents under the cosh.

John Power won possession and set up Mick Rohan to blast to the net before his side landed six unanswered points. They threatened to finish the game as a contest.

Liam Hickey’s pointed free halted the slide temporarily, but David Franks and Mark Dwyer heaped more misery on their opponents when they fired over two points each.

St Lachtain’s replied with points by Noel McGree and John Fitzpatrick to leave them 10 adrift at the break, 1-14 to 0-7.

On the resumption David Franks extended his side’s lead when he landed his fifth point. Michael Rice and Simon Rafter exchanged points after that.

In the 38th minute Robbie Dowling, who had come on for Lachtain’s in the second half, connected on a Shane Donnelly cross to crash the ball to the net.

The Freshford side played more direct hurling and midway through the half had the deficit back to four points after scores from Noel McGree, John Fitzpatrick, Liam Hickey and then a great effort by David Brennan, who fielded a long puck out.

Points by Liam Hickey (free) and another fine point by David Brennan helped to keep Lachtain’s hopes alive. Kevin Farrell replied with a Carrickshock point to keep his side five ahead with four minutes remaining.

From there to the finish St Lachtain’s turned the game on its head. Shane Donnelly goaled through a crowded goalmouth and then converted a free.

With time running out a long free out of their defence landed in a packed goalmouth. The ball broke to Noel McGree, who crashed it to the net to give his side a dramatic two point victory.

St Lachtain’s now play Graigue/Ballycallan in the first round of the championship, while Carrickshock face Tullaroan in the league final.