Moon' shine but 'Whites made them earn win 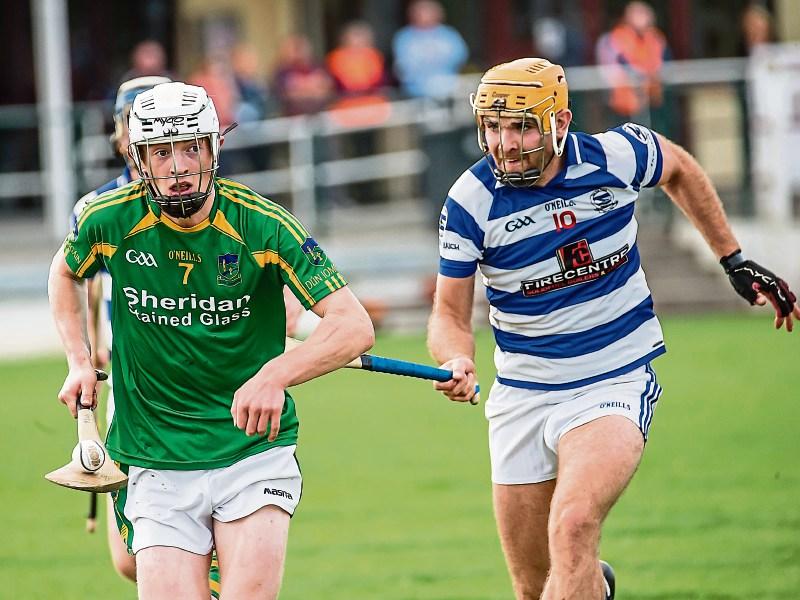 In Tom Walsh Park on Sunday it was easy to see it was nearing the business end of the season as Mooncoin and Blacks and Whites served up a ding-dong battle in the junior hurling league/championship.

The game commenced as it would continue, in helter-skelter fashion. Both sides were guilty of shooting numerous wides early on.

Mooncoin’s John Fitzgerald had an early shot on goal which was saved. The nervous start by both continued for a decent spell.

Chances were missed by the ’Whites before their Jamie Byrne got the scoreboard moving with a nice point from play. After Eamon ‘Ducky’ Heneberry won a free, Mooncoin got off the mark with the free converted by Kevin Crowley.

Mooncoin’s Seán Wall then put over a fine score following great work by Patrick Walsh. They followed with another point from Cormac Fleming (0-3 to 0-1).

The Mooncoin defence was doing Trojan work, and goalie Eoin Purcell brought off a good save but conceded a 65 which was converted by Niall Kennedy.

Mooncoin’s Conor Brophy scored one of the best points of the day to follow and the opposition hit back with a piece of magic, shooting a sideline cut over the bar by Michael Moloney.

Following a good build up by Michael Moloney (Mo), there was a point for Michel Moloney (Crow) and when Paul Murphy added another, it was 0-5 apiece.

After a bout of fisticuffs, both sides had a man red carded.

Kevin Crowley pointed the next score for Mooncoin, which was replied to by Niall Kennedy.

After an eventful first half, the score at the interval was Mooncoin 0-6, Blacks and Whites 0-6.

The winners made two substitutions at the break. Paul Heneberry and Keith ‘Jack’ Kirwan joined the action. They were quick out of the traps.

Kevin Crowley pointed a free, while Cormac Fleming added one from play. Jamie Byrne followed suit for ’Whites before Kevin Crowley shot another free between the uprights.

Mooncoin’s Conor Brophy added a great point, to which Niall Kennedy replied. Mooncoin’s goalie Eoin Purcell was called on once again to clear his lines after a ’Whites shot hit the crossbar.

Luck was on Mooncoin’s side. Moments later their super sub Paul Heneberry goaled following great work by John Fitzgerald ( 1-10 to 0-8).

Mooncoin’s Kevin Crowley then scored another great point, but the ’Whites were far from finished. They introduced two subs, which paid dividends immediately in the shape of a point.

The winners sub, Keith ‘Jack’ Kirwan, sent over a point to keep the gap safe. Now the luck was with the ’Whites.

They were awarded a penalty. Although he didn’t get in a great strike, Michael Moloney (Crow) netted, leaving the scores at 1-13 to 1-10 heading down the home straight.

Blacks and Whites Jamie Byrne pointed to leave just two in it. A foul on Martin Kelly earned them a free, which was scored by Niall Kennedy. There was a point in it with less than five minutes remaining.

Kevin Crowley then won some daylight for Mooncoin, sending over a 65. The oppositions next two shots at goal were wide.

The Mooncoin defence upped the ante in the final minutes. Cormac Daly plucked two balls from the sky to inspire all around him. Mooncoin’s Cormac Fleming added another point to earn his side a lead of three points.

They held out, but it wasn’t easy.

Both teams gave their all and produced a tremendous battle. It was anyone’s game with five minutes remaining.

Best for Mooncoin was the reliable Kevin Crowley, along with Conor Brophy, Cormac Fleming and goalkeeper Eoin Purcell, who was very sharp on the ’line. The subs introduced also helped turn the game.