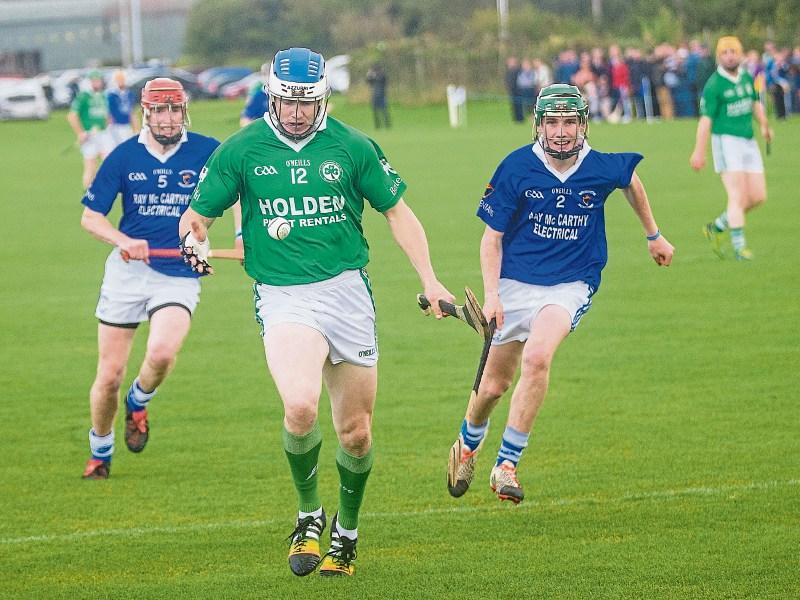 Ballyhale Shamrocks surrendered a seven point lead, but they bounced back in extra time to win the Kilkenny senior hurling league final.

St Martin's (Muckalee) looked dead and buried in John Lockes Park yesterday when 0-13 to 1-17 behind with four minutes of normal time remaining.

But inspired by a goal from sub, Jason Shore, St Martin's roared back to level the match at 1-17 each at the end of normal time.

On the teams roared through extra-time, but there was nothing between them initially.

They reached the rest with it still all square, 1-19 each.

However, during the closing 10 minutes of the game Shamrocks hit points through T.J. Reid (2), team skipper Mark Aylward (2) and Ronan Corcoran to eventually win by 1-24 to 1-19.

Shamrocks fielded without Henry Shefflin, Colin Fennelly and Richie Reid who were carrying injuries and were rested.

This was Shamrocks sixth time to win the League.

In the Shield final, which is contested by the runners-up in the two groups in the league, O'Loughlin Gaels beat city rivals, Dicksboro, by 2-13 to 1-13.

The winners enjoyed a bit of luck at the finish when the 'Boro had a goal disallowed in somewhat controversial circumstances. This incident was only seconds from the end, when, after consulting with his umpires, the referee awarded a free out, much to the annoyance of Dicksboro.

This was O'Loughlin's second win in the Shield final. They were last champions in 2009.

Meanwhile, in the first round of the senior hurling championship, James Stephens scored a fine 2-17 to 1-10 win over Erin's Own (Castlecomer).

David Walton helped himself to 10 points for The Village, while promising youngster Luke Scanlon scored 1-2.

The season is now over for Erin's Own, while The Village go into the quarter-final draw.

Two senior games ended in draws, and they will now be replayed next weekend.

Defending champions, Clara beat Fenians (Johnstown) by 1-17 to 2-9 to book a place in the quarter-final draw, which will be made tonight.

The quarter-finals will be played the weekend after next.