The Village power past 'Comer 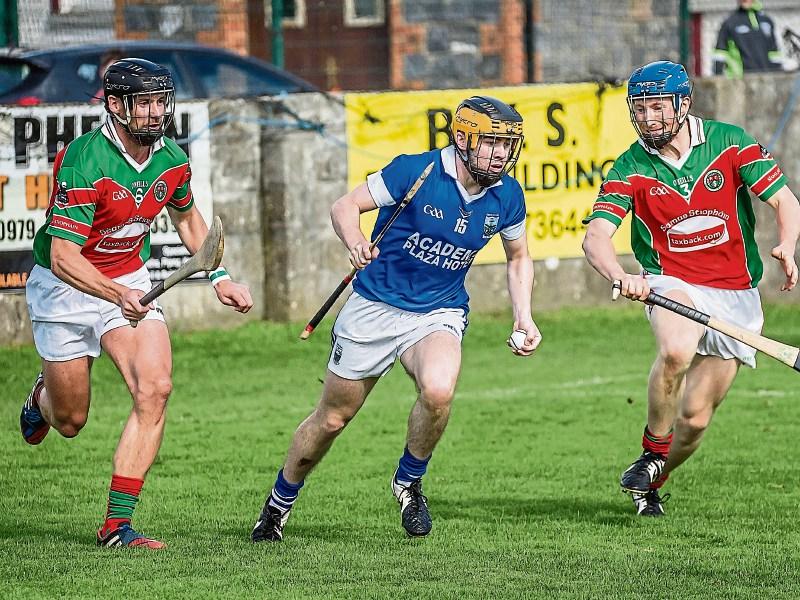 A second half full of commitment and craft saw James Stephens comfortably book their place in the senior hurling quarter-finals.

The Village were too sharp for Erin’s Own to contend with, delivering a polished performance that saw them storm away from the ’Comer men.

Trailing by a point at half-time, they dominated in every sector of the field in the second half, With their attack pinning back Erin’s Own their defence held the ’Comer forwards to just one score in the second period - a late goal five minutes from time.

While they may have trailed at the break, eight first half wides more than suggested what was about to come in the second half - if The Village could get their shooting right.

They did that, and an awful lot more. The work-rate from their forwards in particular really put Castlecomer on the back foot, and ultimately left them defending with their backs against the wall.

James Stephens opened with the first two points of the game, from David Walton and Matthew Ruth. Castlecomer threatened for a goal as early as the seventh minute but were happy to take a point. They followed up with two Sean Buggy frees to lead 0-3 to 0-2 after 15 minutes.

But that was only half the story of the opening quarter. Five wides during that spell, from frees and play, suggested that the winners would have plenty of possession - what they did with it was a different matter.

David Walton took sole responsibility for free-taking and, for the remainder of the game, he struck sweetly. One in the second half from well inside his own territory was a real gem.

As half-time approached it was ’Comer who were in the ascendancy, with Sean Buggy stretching their lead to 0-7 to 0-5, but just as they were enjoying their purple patch, Donnacha Cody was put through by Walton and finished well to push his side in front (1-5 to 0-7).

Two more frees from Buggy as the game moved into injury time helped ’Comer gain the advantage. In the possession stakes James Stephens were well on top. They made that count on the resumption.

Nothing was coming out easy for Erin’s Own and within ten minutes of the restart points from Walton (free) and scores from play by Eoin Larkin and Walton made it 1-8 to 0-10, wing-back Aidan Moran replying for ’Comer.

In The Driving Seat

Luke Scanlon’s 42nd minute goal put The Village in the driving seat. A long clearance from Jackie Tyrrell won by Donnacha Cody, with Scanlon gathering the break to score from close range.

Walton punished Erin’s Own indiscretions to the full, hitting three frees between the 45th and 49th minutes to stretch out the lead to 2-12 to 0-10 with ten minutes remaining. It got worse for Erin’s Own when they reduced to 14 men, sub Shane Feehan lasting just two minutes on the pitch before getting a red card.

Erin’s Own pushed for goals in the closing minutes but with Conor Fogarty now hurling on the full-back line they never got a platform at midfield to build decent supply to their attack.

James Stephens were comfortable in the end, but they really worked hard for this win with Tomas Keogh and Luke Hickey defiant at the back, midfield on top in the second half and up front, David Walton provided the cutting edge to an attack which worked really well, in particular the second half.