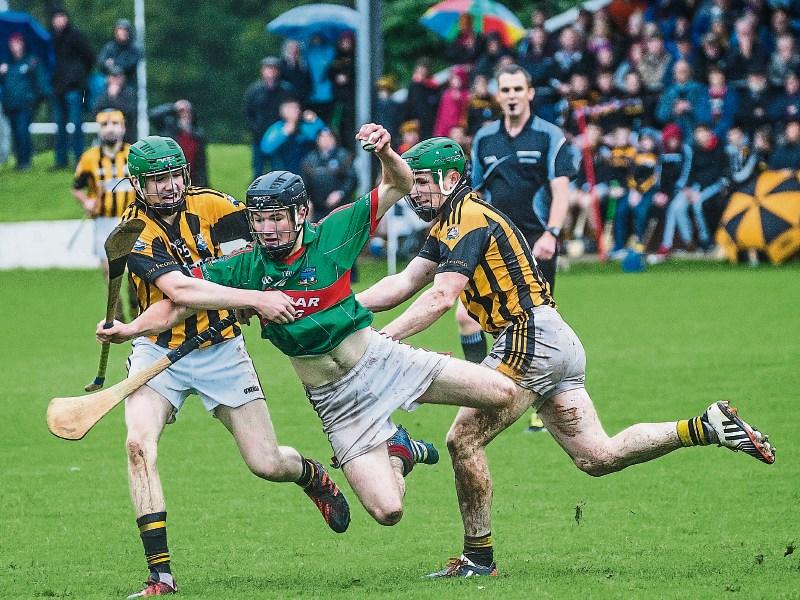 This time it will be the turn of the intermediate outfits as their championship swings into action, and the League and Shield finals are decided.

And because there were a couple of indecisive games at senior level last weekend, two replays from the premier division will top up a strong eight match programme over Saturday and Sunday.

Gatecrashing what is essentially a weekend for intermediate clubs will be Danesfort and the Rower-Inistioge, plus Bennettsbridge and Mullinavat, who are involved in senior first round replays.

They are matches with a difference, however.

The Danesfort/Rower tie doubles as a relegation semi-final.

The losers face a shoot-out against Fenians (Johnstown) from which the vanquished will drop back to the intermediate division in 2017.

The ’Bridge versus Mullinavat match is a straight forward first round knock-out game.

The winners will take the ticket into the quarter-finals where they face a meeting with losing League finalists, St Martin’s (Muckalee).

The losers will be finished hurling for the season.

These two senior games are being played as a double feature in Ballyhale on Saturday.

The action begins at 1.30pm (Bennettsbridge v Mullinavat), with the throw-in for the second tie at 3.15pm.

The intermediate clubs will have an early start on Sunday morning.

Tullogher-Rosbercon and their neighbours, Glenmore will kick off the action in Thomastown at 11am in the Shield final.

That will be followed at the same venue by the League final between former senior giants, Carrickshock and Tullaroan (12.30pm).

Right now this pair are heading the betting to win promotion back to the top flight.

Tullaroan are the only unbeaten team in the top two divisions, and they are playing well.

They have plenty of good hurlers. Their weakness? A lack of experience.

The ’Shock, by comparison, would be top heavy in terms of experience. However, their form has been erratic.

The winners here will make a bold statement, and will be favourites to win the championship.

In the championship games, Conahy Shamrocks, Thomastown, Lisdowney and Young Irelands (Gowran) have fears of relegation in the background. They can lay those aside with a winning effort on Sunday.

If Kevin Kelly (broken finger) is fit to line out with St Patrick’s (Ballyragget), that could be the clincher for them against Dunnamaggin.

It is a toss up in the clash between St Lachtain’s and Graigue-Ballycallan.