Sweet revenge as the 'Town bounce back for League victory 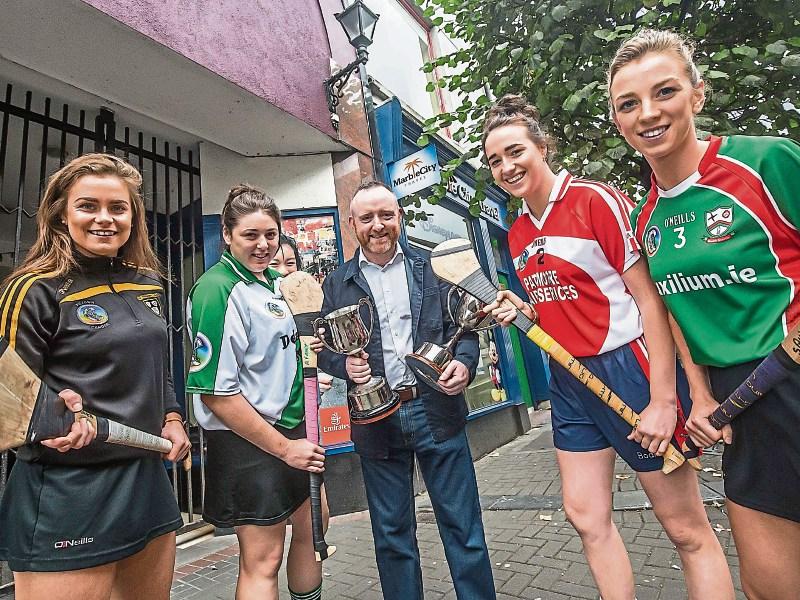 Thomastown put in a stunning display to claim the senior camogie league title on a 3-11 to 0-8 scoreline and gain revenge for last year’s defeat against the same opponents Mullinavat.

It was Mullinavat who started the brighter in Dunmore on Sunday.

They raced into a two points to no score lead with Elaine Aylward and Michelle Quilty taking the scores. Thomastown hit back smartly to score 1-1.

Anna Farrell started the run by grabbing the opening goal in the fifth minute. They followed with a Sinead Brennan point.

Mullinavat responded with a brace of points from Michelle Quilty to equalise.

Thomastown responded with two points from Anna Farrell (free) and Shelly Farrell from 21 metres in the 16th minute (1-3 to 0-4).

Julieann Malone responded with a well taken point from 50 metres before Thomastown hit back for a brace of points.

Eimear Donnelly started the run after latching on to a Sarah Walsh pass, and Jenny Reddy landed the other one. Julieann Malone hit back for Mullinavat to cut the gap to 1-5 to 0-6.

Thomastown finished the half strongly and closed it out smartly by shooting 1-1.

Aoife Farrell started the run with her side’s second goal when she raced on to the ball on the edge of the small square before tapping home. Shelly Farrell pointed to see her side lead at the break by 2-6 to 0-6.

Many would have felt Mullinavat needed to make a good start to the second half to get back. However, it was Thomastown best.

They opened the scoring with an Eimear Donnelly point within seconds. Niamh Donnelly added a point from 21 metres.

Mullinavat hit back for two Michelle Quilty frees, the first from 30 metres. She followed with a free from the same distance to cut the deficit to 2-8 to 0-8.

That was it - Mullinavat’s last score.

Thomastown bounced back for two points on the spin from Eimear Farrell, who was introduced as a sub. She followed by getting in for her side’s third goal when she took an Anna Farrell pass.

Mullinavat were awarded a penalty in the 55th minute when Elaine Aylward was fouled. Ciara Holden’s effort was saved out for a 45.

Form the 45 Michelle Quilty dropped the ball into the square, but the attack was beaten off.

It was Thomastown’s day. They closed out the half with two points on the spin from Shelly Farrell to record a well deserved victory.