Clara do the business 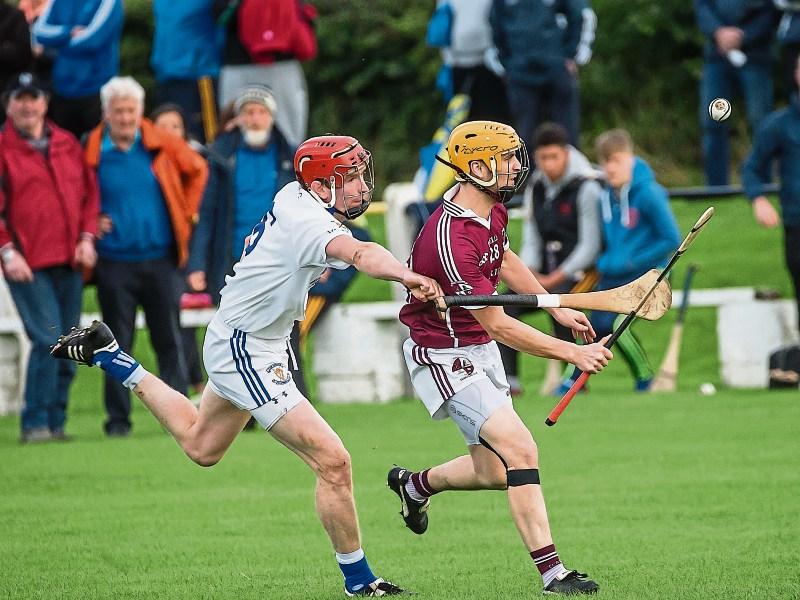 Clara and Fenians (Johnstown) faced off in this first round senior hurling championship clash in Freshford attempting to claim not one, but two prizes.

The first was the retention of senior status for 2017, and the other would be getting one step closer to a Kilkenny county title.

Both were very keen to get the right result and avoid the final nobody wants - the relegation showdown.

The game as a contest certainly delivered in the dramatic stakes, with a sending off and a penalty dictating the terms of the first half. More on that later.

Defending champions, Clara won the toss and opted to open against the wind.

On a day when the weather was unpredictable and hampered everyone, it could be a help to have the elements in your favour coming down the home stretch.

The opening exchanges were lively. Neither team got on top from a scoring point of view, but the effort all round was beyond question.

Defences were very much on top in the opening few minutes. J.J. Delaney was a joy to behold on the Fenians full back line.

He was always there to make a vital intervention or a badly needed catch; always in the right place at the right time! He still has it, as they say.

It was equally so with Shane Prendergast at the opposite end.

He was very solid at centre-back. He also made all the right decisions at vital times.

From one generation to another, you could say.

The first score arrived in the 7th minute from Conor Tobin (F). Kieran Grehan added to that with another point before Chris Bolger opened Clara’s account, and then added the equalising point.

The dramatic moments came in the 11th minute. Tom Ryan had picked up a yellow card earlier, and having fouled a Fenians attacker bearing down on goal just inside the Clara square, was sent off on his second yellow.

Conor Tobin took the penalty with good effect. Fenians were off to a flyer.

Down to 14 men, Clara’s mettle would be tested during the remaining 50 minutes. They responded straight to the penalty concession with points from Chris Bolger and Conor O’ Shea throughout the rest of the first half.

Chris Bolger then goaled in injury-time to put Clara in front, and in a good position at the break. Sean Brennan and Conor Tobin sneaked scores to keep Fenians hopes alive.

The opening minutes of the second half were just as frantic as the first half.

Conor Tobin levelled the score with a free and then a point from a sideline cut. Clara were gaining speed, however, and points from the in-form Liam Ryan and Ciaran Prendergast put daylight between the sides.

Lester Ryan was winning the midfield battle via a collection of superb catches, which he off-loaded intelligently to the forward line.

Mark Webster and Darragh Tobin kept Fenians in touch with points in the 47th minute.

However, even a goal in the 59th minute from Sean Tobin was not enough to save Fenians and Clara came out on top.

They winners advance to the quarter-finals, while Fenians play the losers of the Danesfort and Rower Inistioge semi final as they bid to retain their senior status, again.