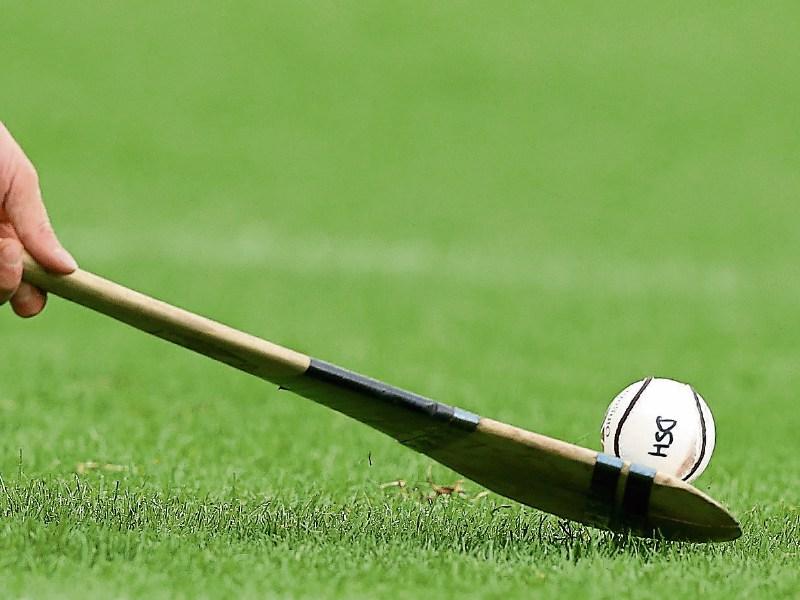 The strength to grind a game out in the toughest of conditions and skill of an accurate free taker proved vital as the Blacks & Whites marched on in the junior hurling championship.

Niall Kennedy proved his potency from placed balls as he racked up a double figure haul to see off Slieverue at a wet and windy Tullogher on Saturday.

If Kennedy’s frees helped at the attacking end (four were converted when shooting into the teeth of the wind) then they were built upon the solid work put in at the other end, where Peter Cleere shone.

A veteran at this stage of his career, Cleere used all of his craft and guile to frustrate Slieverue. All too often the men in black and Amber tried to launch an attack, but found Cleere there to stop them in their tracks.

It proved to be a horrible hour of hurling for the losers, who struggled to use the wind at their back to any effect. All too often Cleere and his half-back colleagues mopped up the ball that came their way, while the concession of needless frees gave Niall Kennedy ample ammunition with which to punish them.

It wasn’t all bad for Slieverue - they went in a point up at the break, but were left facing a mountain to climb when Michael ‘Crow’ Maloney crashed the sliotar into the net with 40 minutes on the clock. Although they only trailed by four points (1-9 to 0-8) a comeback looked a massive ask.

Starting with the wind at their backs Slieverue were keen to get up and running as quickly as possible. Sharp play and a keen turn of pace saw Eoin Kenny and Aaron Cullinane post two swift scores after an early spell of shadow-boxing.

Kenny would go on to add another score, dashing down the right wing to pick up Martin Dowling’s threaded pass and split the posts but by the 14th minute the sides were level, Kennedy converting three frees as Slieverue committed needless fouls in the middle third.

A level of frustration was creeping into Slieverue’s game, not least through their inability to forge a strong lead. Much of their woes came courtesy of Cleere’s defending; he seemed to be in the right place at the right time to snuff out any attack, batting the ball clear or holding up an attacker until support arrived.

A quick brace from Paul Rockett lifted Slieverue’s hopes that they had finally found an avenue to the posts but within minutes they had fallen behind.

Helped by the hard work of their half-forward line, Skeough clicked into gear.

Jamie Byrne got them going, surging clear before kicking the sliotar towards the posts. John Lennon got in to win possession, scooping the ball back for Maloney to pop over the bar. Byrne followed that with a score of his own before Kennedy converted his fourth free of the half, giving Skeough their first lead (0-6 to 0-5).

The advantage was short lived. Within minutes Rockett had the sides level, converting a free after some clever play from Martin Dowling.

Rockett would go to edge his side in front with another placed ball score, this one in the 29th minute, but Slieverue were lucky to hold that lead until the break. They had Ross Kelly to thank for having that advantage, the full-back making a superb hook to deny Emmet Foley a certain goal as the game ticked into injury-time (S 0-7, B&W 0-6).

The weather deteriorated in the second half, but as the rain became heavier Blacks & Whites grew stronger with it.

The Skeough men were all but camped in Slieverue territory in the third quarter, driving forward as their defence took control of the game. Only once did Slieverue trouble the scoreboard operator in that spell, Rockett scoring a fine point following his 36th minute diagonal run. It would be their last score of the game.

After that, the day belonged to Skeough. Two Niall Kennedy frees inside 60 seconds had them ahead by the 38th minute. They dealt Slieverue a hammer blow soon after.

The danger started when Kennedy chased down a teasing ball that zipped towards the Slieverue posts. Leaving his line, netminder Jamie O’Brien slid out to clear the ball. However, Skeough weren’t finished. Keeping play close to goal they hounded the Slieverue backs and got their reward when Maloney snapped up possession and picked his spot in the back of the net

The goal deflated Slieverue, but the Blacks & Whites weren’t about to take their foot off the gas. They battled on, making light of the slippery conditions as they increased their lead with two more Kennedy frees.

A third free in injury-time (his sixth of the half) all but sealed Slieverue’s fate, but they didn’t go down without a fight. It took a top class save from John Murphy to prevent Paul Rockett from searing a hole in the net - he met Niall Walsh’s cross with a crisp volley, but saw Murphy dive to his right to flick the ball out for a 65. That top drawer stop was the final nail in Slieverue’s coffin.