Tough finish, but Emeralds hold out 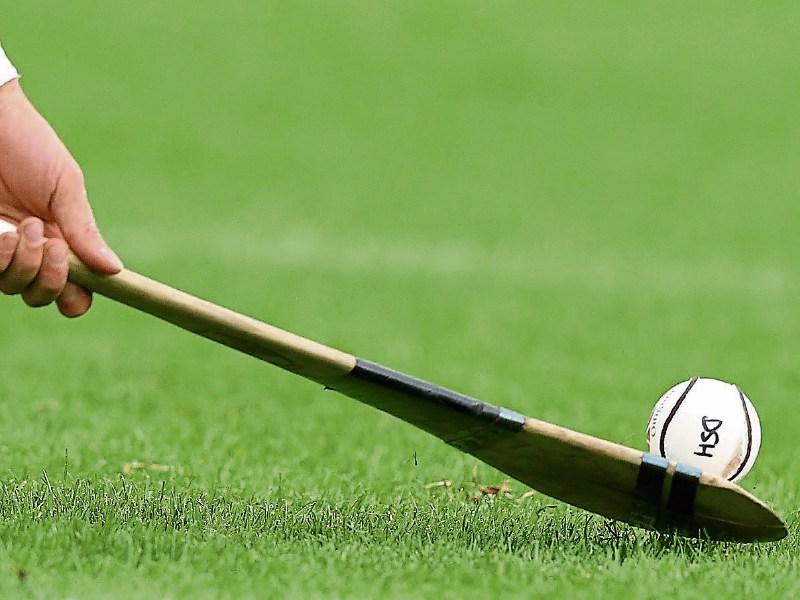 Holding their nerve in the last 10 minutes helped Emeralds (Urlingford) see off a plucky Windgap in the opening round of the junior hurling championship, 0-20 to 1-12.

When Cian Ryan converted his eighth free to level the game (1-11 to 0-14), things looked good for the Southerners. They had the momentum - and the wind.

However, it was the Emeralds who upped their game, outscoring Windgap by six points to one and booking their place in the quarter-finals.

Those final ten minutes were probably the most fluent the winners managed in a stop-start game. The timing of their run came at the right time, after Windgap had made them battle for every ball, never mind score, throughout the hour.

Emeralds went into the game as slight favourites after the league rounds. It seemed that tag was justified as they raced into a three point lead inside the opening four minutes.

Padraig Phelan landed the first score from midfield after a super pass from Ian Grant. Aidan Fogarty took a pass from Shane Norton and continued his form of last week with a great score. Jamie Ryan added a third after winning a good ball on the right wing and pointing smartly.

Peter Hennessy finally got Windgap on the scoreboard on seven minutes following some good set-up play from Eoin Cody who operated at corner forward in a two-man full-forward line.

The game was very broken, with a lot of play through the middle and plenty of rucks and stoppages. The scores stayed tight throughout the half and the exchanges were tough.

Cian Ryan added five placed balls for Windgap as he punished the Emeralds defence for every transgression. These were matched by the Emeralds through three Conor Martin points (0-2 frees) and Aidan Fogarty, who was again showed his class with two excellent points.

As normal time ran out the Northern side held a two point lead but with four minutes of injury-time played, Emeralds tacked on three valuable scores.

The first was another Fogarty peach. Tracking from one side of the field to the other, Taggy won a break, side-stepped two players and fired a super score from far out on the right.

Conor Martin added another free before Ian Grant gave Emeralds a five point cushion at the break with the final score of the half (Emeralds 0-11, Windgap 0-6).

Windgap had the wind at their backs for the second half and reshaped their attack with Philly Lonergan moving to full-forward and James Culleton, who had played as sweeper in the first half, moving to corner-forward.

It was Culleton who opened the scoring firing over a great score from the right wing.

As the stop-start nature of the game continued, Cian Ryan and Conor Martin scored two placed balls a piece before the contest was turned on its head.

Windgap were working hard to create space in the inside forward line and when Pa Doheny misjudged the flight of a long delivery, Philly Lonergan found himself one on one with the Emeralds goalie, Darragh Phelan. he didn’t hesitate, firing low past the helpless Emeralds net minder. The minimum separated the sides (0-11 to 1-7).

Conor Martin steadied the Emeralds’ ship with a pointed free but Windgap smelled victory. After Niall Walsh reduced the deficit again with a fine effort, Cian Ryan levelled matters up with another place ball. Ten minutes to go and the game was up for grabs.

Vitally for Emeralds, they never let the Southerners take the lead. The next two scores were theirs, both from the stick of Conor Martin, both coming from excellent Aidan Fogarty passes.

The game was frantic at this stage with every possession contested ferociously! Martin pushed Emeralds three clear with another fine score from a Jamie Ryan pass. Emeralds really had the bit between their teeth but Cian Ryan again reduced the arrears with another point from a placed ball.

However, Emeralds were not to be denied. Brian Campion picked up a breaking ball to fire a point. Shane Norton then found Jamie Ryan with a super crossfield pass to add another score before the impressive Martin made a great interception and was fouled. He fired over the resultant free and referee Conor Everard called for the ball from the puck-out.

Emeralds were through but the five-point difference didn’t reflect the tightness of the contest. They needed to dig very deep to see off a-never-say-die Windgap team and everyone on the field gave of their best.

Padraig Phelan led the way in defence where Brian Troy and Toddy Moriarty also showed well. Niall O’Gorman had the sweeper’s role for much of the second half and performed well. Brian Campion worked tirelessly at midfield as did Jamie Ryan up front. Joey Kavanagh again provided impetus on his introduction. Conor Martin contributed 11 points for the second week in a row and Aidan ‘Taggy’ Fogarty tormented his marker for the hour.

For Windgap, James Culleton, James Mackey and Sean Foley did well at the back. Darragh O’Shea tried very hard at midfield, while up front Niall Walsh, Peter Hennessy and Matt Enright all performed well. Cian Ryan was excellent from placed balls while Philly Lonergan took his goal with great style and relish. Their championship came to an end, but only after a great team effort.